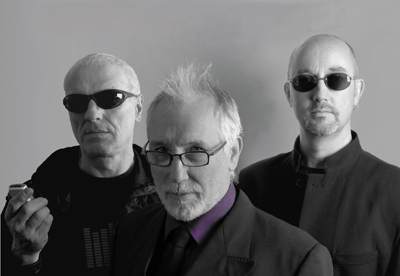 Jade Warrior are a British music group that were formed in 1970, evolving out of the band "July". The founding members were Tony Duhig (), Jon Field (, , ) and Glyn Havard (Vocals, Bass).

Their self-titled first album "Jade Warrior" was released in 1971 on the Vertigo label and establishes their trademark sound of soft/loud contrasts, and Fields multi-layered flutes and percussion vying with Duhig's cutting guitar. This was followed in the same year by "Released" and then in 1972 by "Last Autumn's Dream", both with appearances from Dave Duhig (solo Guitar) and Allan Price (Drums). (Price is not to be confused with of .)

Material for another two albums, "Eclipse" and "Fifth Element" was also recorded during 1973, but Vertigo cancelled the contract and these projects were shelved, not to see the light of day, until their subsequent release in 1998.

In 1974, (of Traffic) urged of to listen to Jade Warrior, he did, but would only sign them as an instrumental duo, which meant there was no place for bassist/singer Glyn Havard.

Tony Duhig and Jon Field (who also provided flute on Mike Oldfield’s "") were to create four albums on Island Records, with their sonic arsenal now expanded to include choirs, harp, and a string quartet. Guest musicians on these albums included Steve Winwood (Keyboards), of () and Tony Duhig's brother Dave (solo Guitar). The four albums were "Floating World" (1974), "Waves" (1975), "Kites" (1976), and the final album on Island, the 1978 release "Way Of The Sun".

Personal issues, illness, and Duhig moving house to set up a studio, meant that the next album to be released was the 1979 compilation "Reflections" taken from their Vertigo years and containing some (at the time) unreleased tracks, and it was not until 1984 that any new material emerged with the release of "Horizen" and then, in 1989, "At Peace" which was performed solely by the duo. This was followed by another long hiatus until Jade Warrior were to start their next project with new band members, Colin Henson on Guitar and on Fretless bass. However, they were dealt a tragic blow by the sudden death of guitarist Tony Duhig in 1990 before he could contribute to the album. The band decided to continue on with the album, which became the 1992 release "Breathing The Storm" on the Voiceprint label. This trio then released a follow-up album "Distant Echoes" in 1993 with guest appearances from of Gong (), David Cross of (Violin) and Tom Newman.

It seemed for a while that Jade Warrior may have disbanded as their only output was the previously mentioned "Eclipse" and "Fifth Element", but these were recently joined by the re-issue of all four Island albums in 2006. And in 2008 Jade Warrior, with Glyn Havard back in the band, released their 14th studio album "NOW" on the WindWeaver label.