White Sun of the Desert

White Sun of the Desert 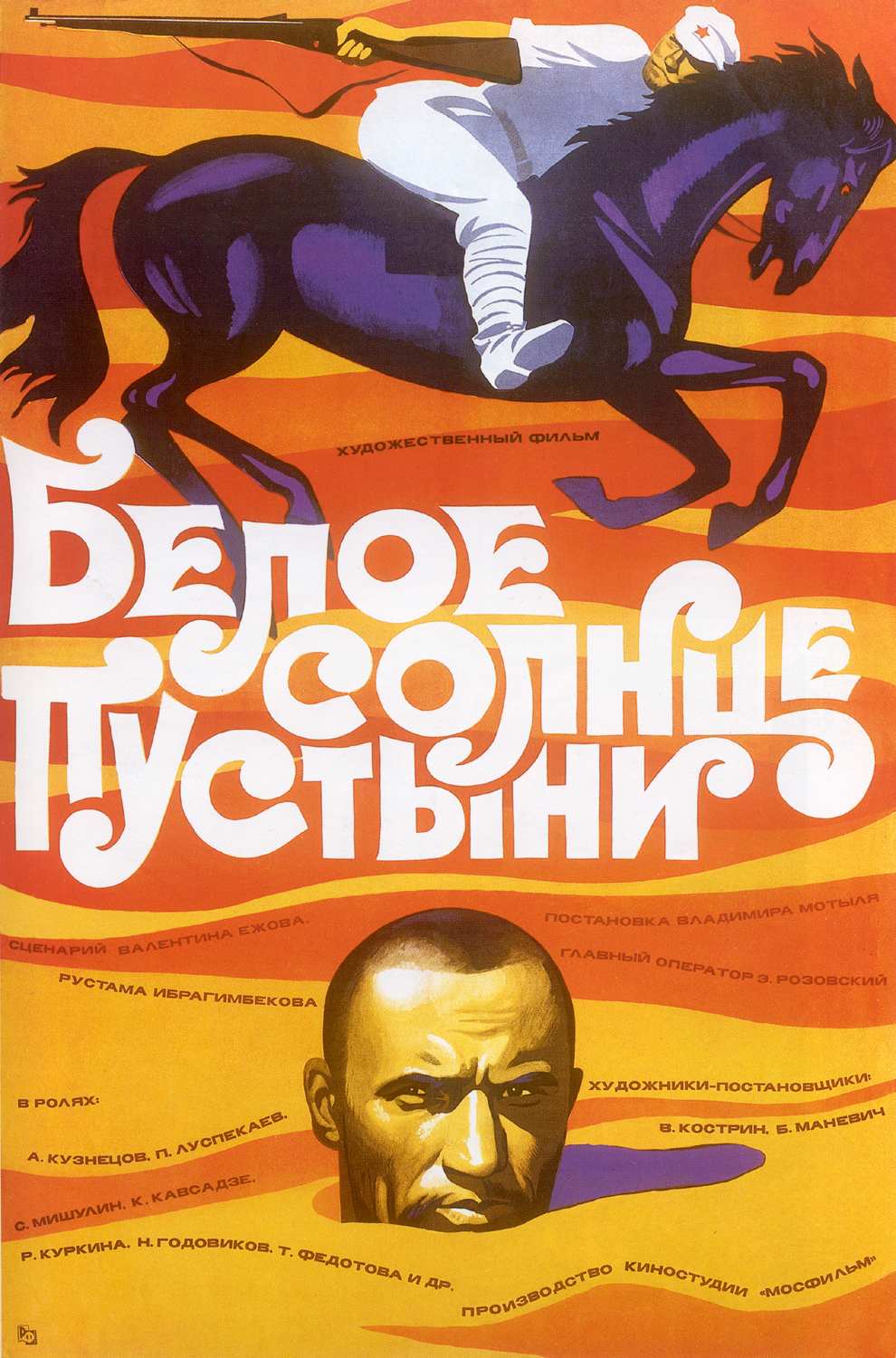 "White Sun of the Desert" is one of the most popular Russian films of all time. Its blend of action, comedy, music and drama have made it wildly successful and it has since achieved the status of a in Soviet and Russian culture. The film has contributed many sayings to the Russian language (see below). Its main theme song, "Your Excellency Lady Luck" (Ваше благородие, госпожа Удача, music: , lyrics: ) became a huge hit. The film is ritually watched by s before many space launches

The setting is the east shore of the (today's ) where the soldier Fyodor Sukhov has been fighting the Civil War in Russian Asia for a number of years. After being hospitalised and then demobbed, he sets off home to see his wife, only to be caught up in a fight in the desert between a Red Army cavalry unit and "" rebels. Sukhov ends up having to guard and protect the of the Basmachi guerilla leader Abdullah, as his army comrades pursue him. The task proves to be much more difficult than he originally thought, and in between attacks from Basmachis and offers from the harem, Sukhov must deal with Vereshchagin, a drunken former n customs official who still looks after the trading outpost and museum they shelter in...

Many popular sayings have entered the from the film. The first is by far the best known.
*"The East is a delicate matter" (Восток &mdash; дело тонкое); refers to any complicated or difficult matter, not necessarily "eastern" in nature.
*"Customs gives a permission" ("Таможня дает добро!"); refers to any type of approval, especially reluctant approval.
*"His grenades are of wrong system" ("Да гранаты у него не той системы"); refers to or to comment upon any kind of excuse, particularly a pathetic one. The line wasn't scripted, but improvised by the actor.
*"Gulchatai, show your face" ("Гюльчатай &mdash; открой личико"); a popular Russian saying for boys to say to girls.
*"I'm sorry about the Empire" ("За державу обидно"); refers to the weak state of Russia, which used to be a , used again in political context since the collapse of the Soviet Union.

The film is part of traditional space rituals among . , the fifth , watched the film before beginning his trip to space.