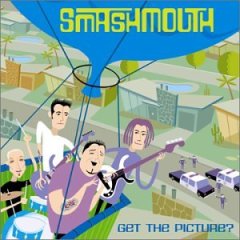 The art for the album was created by Shag.

The album was largely considered to have been a huge commercial failure, went almost completely unnoticed by the media, and it is believed to have sold less than 40,000 copies. It is to this day the only Smash Mouth album to ever not receive an certification. It is often considered by many fans to be Smash Mouth's worst album, although the common sentiment is also that the band rebounded on their next studio effort, "".