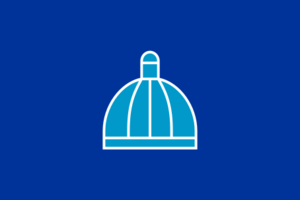 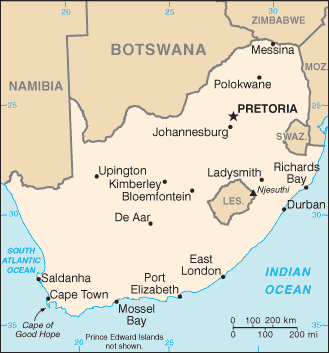 The word "Kloof" means '' in and the area is named after the deep ravine formed by the Molweni stream "(stream of high cliffs)". The Kloof Gorge is part of the km2 to sq mi|4.47|wiki=yes|spell=UK Krantzkloof Nature Reserve.

Kloof extends from the top of and borders , and Hillcrest. These suburbs are collectively known as the or the Outer West region of .

The M13 highway (built in the 1940s) intersects Kloof and on this forms part of the route of the annual , an approximately km to mi|90|wiki=yes|spell=UK ultra-marathon run between and since 1924.

It is a predominantly white, English-speaking area. Kloof features several shopping centres and the , founded in 1927. It is known as a mist-belt with winding roads and tree-surrounded mansions.

This part of was originally a convert|6000|acre|km2|sing=on farm 'Richmond', whose survey was ordained by the first Lieutenant-Governor of Sir , following his 1845 appointment to the post; he also named it, after (, ).

The land Kloof occupies formed the 2,836 (7,008 ac) Richmond Farm No. 999: this was given to William Swan FIELD by the British Government in 1851 as reward for his services as First Collector of Customs (position he held until 1852) for province, and as First Magistrate of . In 1852 he settled brother John Coote FIELD and his family on the farm, having had them brought up from the . The farm was eventually transferred into J C Field's name by Deed of Transfer in 1867, at a declared value of 1,401 pounds & 10 s.

The original farmhouse, called Richmond House, was built by J C Field in 1854 to replace an earlier house. The 'Richmond' section of the farm passed to his son John Coote FIELD the Second in 1880 on the occasion of his marriage, who partially demolished the original Richmond House and rebuilt another homestead nearby.

The further subdivisions and sale of portions of Richmond Farm No. 999 by the Field heirs after 1901 resulted in the birth of Kloof as a residential area: numerous plots were sold to wealthy Durban residents and businessmen, who built country house retreats close to the city, but (due to its 550 m elevation) removed from the Durban humidity and heat. These were particularly favoured by their wives and children during the long hot summer holidays.

From the 1890s onwards the appearance of the area therefore changed significantly, from its previous '' grassland to its current heavily-wooded flora.

Kloof was originally called 'Krantzkloof' by J C Field the First, after the nearby Kloof , but this name was later changed to 'Kloof' at the special request of the General Manager of the Railways, since due to a name similarity with Kranskop there had been significant confusion and misdeliveries of railway goods: the Railway Station was therefore renamed, and the town with it.The current Station building is a replacement of an earlier one, built in 1896, and it remained operational until the closure of this branch of the Durban- railway line to passenger traffic in the 1970s; the building is now being utilised as a popular bar restaurant.

As roads improved, an increasing number of people began permanently living in Kloof and during the 1960s and 1970s, the development of the traditional Kloof houses occurred. These consisted of large houses that were built on stands of at least one acre (0.4 ha). Many of the houses have slate roofs, a swimming pool, small guest houses and tennis courts and they are often tucked away amidst the trees.

Examples of these can be found in the prime areas of Kloof which are in the golf course and the Everton-Meadow Lane areas.

The South African property market, though still arguably undervalued has seen high growth since 2003 and most prime Kloof properties sell for between R2,000,000 and R3,000,000 which is well above the regional average (which is under R800,000.) The larger homes, rarely on the market, are sold for between R6,000,000 and R30,000,000. These are, however, still at a discount by international standards.

Although it is regarded as a mature suburb, with most of the Upper Highway Area's recent condominium developments taking place in neighbouring Hillcrest, rich residents and newcomers are still building large houses where land is available, though these are built in Tuscan, Tudorbethan and modern designs. Today one can find almost any style of architecture in Kloof.

Kloof has a network that consists of , , and .

There are also several private schools located in Kloof including the prestigious St Mary's Diocesan School for Girls and Thomas More College. In the broader area there is also in Hillcrest and in .

The many trees that define Kloof provide for an abundance of birds, including the .

Other wildlife has been preserved in greenbelt areas such as the Krantzkloof Nature Reserve, which includes the Kloof Gorge, and the Everton Conservancy.The Reserve is centred around the main Gorge cut by the Emolweni River, and extends in total 532 ha (1,315 ac). It was established by the () in 1950.

The area around the gorge was once the habitat of s and a leopard features prominently on the Kloof crest. (The stuffed leopard in the Durban Museum reportedly was shot in the area).

were once found at the Krantzkloof Nature Reserve. They were re-introduced at one stage but unfortuantely, after becoming troublesome, were removed. may also be found in the reserve. Both would likely have formed part of the diet of the leopard.

Average yearly rainfall is 1,075 mm (42.3 in), based on records which date back to 1935. The rainy season is from the October to March summer months, while winters tend to be very dry.

Private botanical gardens which were established by a well-known horticulturalist are now the gardens of a hotel known as the Makaranga Lodge after tall trees planted in the gardens. Visitors are able to arrange guided tours.

The includes a highly-rated 18-hole golf course, which was the only golf course outside of Durban for many years. The M13 highway runs parallel to it.

Famous residents: past and present