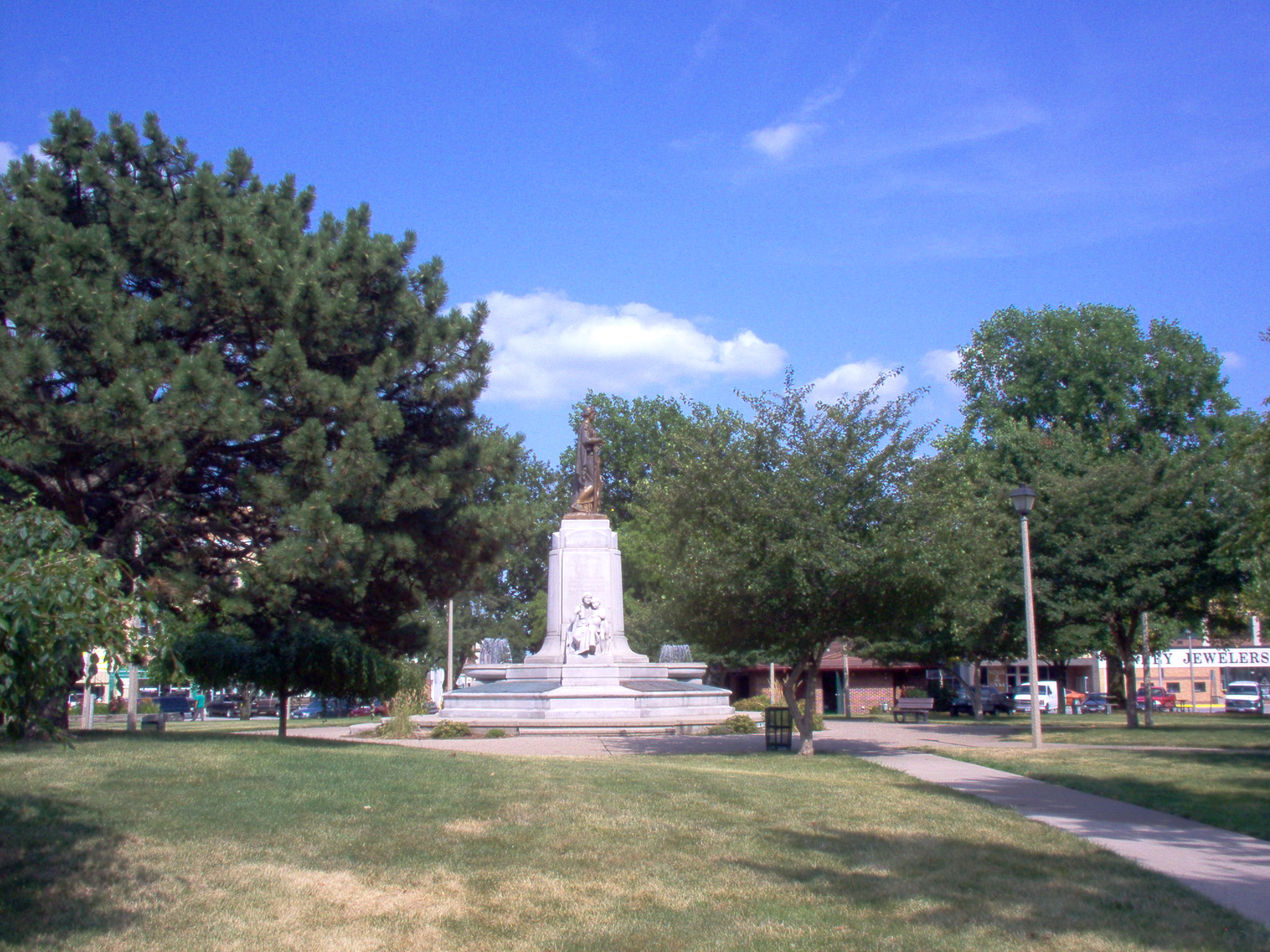 The town was named in 1825 for future president , the commander of American forces at the (1815) and presidential hopeful in 1824. [ [http://www.jacksonvilleil.govoffice2.com/index.asp?Type=B_BASIC&SEC={A69B0752-CE5B-46E8-8CA9-E297734325BB} City of Jacksonville, Illinois — History of the City] ] Jacksonville was a major stopping point on the historic . An Annual Civil War reenactment celebration is named for Jacksonville resident U.S. Army General .

Jacksonville is the principal city of the Jacksonville Micropolitan Statistical Area, which includes all of Morgan and Scott counties.

There were 7,336 households out of which 27.8% had children under the age of 18 living with them, 44.4% were married couples living together, 12.4% had a female householder with no husband present, and 39.8% were non-families. 34.2% of all households were made up of individuals and 13.6% had someone living alone who was 65 years of age or older. The average household size was 2.26 and the average family size was 2.89.

The city's daily newspaper, the [http://www.myjournalcourier.com Jacksonville Journal-Courier] , is the oldest continuously published newspaper in Illinois (since 1830).

Jacksonville is the home of [http://www.elibridge.com Eli Bridge Company] , manufacturer of Ferris Wheels and other amusement rides such as the Scrambler. W.E. Sullivan founded the firm with the introduction of his first portable "Big Eli" Wheel on the Jacksonville Square on May 23, 1900.

Jacksonville is somewhat unusual for a city of its size in that it is home to two private four-year colleges, and . Illinois College is the second oldest [http://www.ic.edu/aboutus/historic.asp] college in Illinois, founded in 1829 (and the first to grant a degree - 1835) by one of the famous Yale Bands -- students from Yale University that traveled westward to found new colleges. It briefly served as the state's first medical school from 1843-1848, and became co-educational in 1903. Beecher Hall, the first college building erected in Illinois, is named after its first president, [http://en.wikipedia.org/wiki/Edward_Beecher] , sibling to and .

In 2005, released "Illinois", a concept album referencing various people and places associated with the state. Its fifth track, "Jacksonville," references various landmarks in the town, such as Nichols Park. It also contains a story about A. W. Jackson, a "colored preacher" urban legend supposes the town is named after, as well as President (President from 1829-1837) after whom the town's officials say it is actually named. [http://www.jacksonvilleil.com/history]

Cultural offerings include the Jacksonville Symphony Orchestra, the Jacksonville Theatre Guild, the Art Association of Jacksonville and its David Strawn Art Gallery, as well as many public events and activities hosted by MacMurray College and Illinois College. Recent additions to the cultural scene include the Imagine Foundation and the Noir and Eclectic art galleries, both located in the city's revitalized downtown.