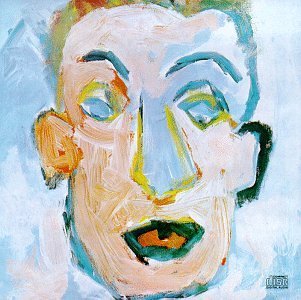 It was Dylan's second , and features mostly s of well-known pop and songs. Also included are a handful of instrumentals, original compositions, and live tracks featuring . Most of the album is sung in the affected country crooning voice that Dylan had introduced a year earlier on "". Seen by some as intentionally surreal and even satirical at times, "Self Portrait" was given extremely poor reviews upon release. The most memorable reaction was ' opening sentence in his "" review: "What is this shit?"

Dylan later claimed in interviews that "Self Portrait" was something of a joke, far below the standards he set in the 1960s, simply to get people off his back and end the "spokesman of a generation" tags; but he has also given other, contradictory accounts of his motives.

Despite the negative reception, the album quickly went gold in the US, where it hit #4, and it gave Bob Dylan yet another UK #1 hit before it fell down the charts.

The making of "Self Portrait"

The motives behind "Self Portrait" have been subject to wild speculation and great debate. Over the years, a few credible theories have emerged from those familiar with the project.

Critic was under the impression that "Self Portrait" was intended as a serious release. "I told Dylan that "Self Portrait" confused me," Shelton wrote in 1986. "Why had he recorded 'Blue Moon'? He wouldn't be drawn out, although obviously he had been stung by the criticism. 'It was an expression,' he said. He indicated that if the album had come from Presley or , who veered toward the middle of the road, it wouldn't have shocked so many."

However, in a "" interview taken in 1984, Dylan gave a different reason for the album's release:

cquote|At the time, I was in Woodstock, and I was getting a great degree of notoriety for doing nothing. Then I had that motorcycle accident [in 1966] , which put me out of commission. Then, when I woke up and caught my senses, I realized that I was workin' for all these leeches. And I didn't wanna do that. Plus, I had a family, and I just wanted to see my kids.

I'd also seen that I was representing all these things that I didn't know anything about. Like I was supposed to be on acid. It was all storm-the-embassy kind of stuff — in the streets — and they sorta figured me as the kingpin of all that. I said, 'Wait a minute, I'm just a musician. So my songs are about this and that. So what?' But people need a leader. People need a leader more than a leader needs people, really. I mean, anybody can step up and be a leader, if he's got the people there that want one. I didn't want that, though.

But then came the big news about , about musicians goin' up there, and it was like a wave of insanity breakin' loose around the house day and night. You'd come in the house and find people there, people comin' through the woods, at all hours of the day and night, knockin' on your door. It was really dark and depressing. And there was no way to respond to all this, you know? It was as if they were suckin' your very blood out. I said, 'Now wait, these people can't be my fans. They just can't be.' And they kept comin'. We had to get out of there.

This was just about the time of that Woodstock festival, which was the sum total of all this . And it seemed to have something to do with me, this Woodstock Nation, and everything it represented. So we couldn't breathe. I couldn't get any space for myself and my family, and there was no help, nowhere. I got very resentful about the whole thing, and we got outta there.

We moved to . Lookin' back, it really was a stupid thing to do. But there was a house available on MacDougal Street, and I always remembered that as a nice place. So I just bought this house, sight unseen. But it wasn't the same when we got back. The Woodstock Nation had overtaken MacDougal Street also. There'd be crowds outside my house. And I said, 'Well, fuck it. I wish these people would just forget about me. I wanna do something they can't possibly like, they can't relate to. They'll see it, and they'll listen, and they'll say, 'Well, let's get on to the next person. He ain't sayin' it no more. He ain't given' us what we want,' you know? They'll go on to somebody else. But the whole idea backfired. Because the album went out there, and the people said, 'This ain't what we want,' and they got more resentful. And then I did this portrait for the cover. I mean, there was no title for that album. I knew somebody who had some paints and a square canvas, and I did the cover up in about five minutes. And I said, 'Well, I'm gonna call this album "Self Portrait".'

As to why he chose to release a double-album, Dylan replied, "Well, it wouldn't have held up as a single album — then it really would've been bad, you know. I mean, if you're gonna put a lot of crap on it, you might as well load it up!"

Later, interviewed Dylan for his liner notes to 1985's "Biograph", a boxed set retrospective of Dylan's career. When asked about "Self Portrait", Dylan gave another story:

"Self Portrait" was a bunch of tracks that we'd done all the time I'd gone to . We did that stuff to get a [studio] sound. To open up we'd do two or three songs, just to get things right and then we'd go on and do what we were going to do. And then there was a lot of other stuff that was just on the shelf. But I was being bootlegged at the time and a lot of stuff that was worse was appearing on bootleg records. So I just figured I'd put all this stuff together and put it out, my own bootleg record, so to speak. You know, if it actually had been a bootleg record, people probably would have sneaked around to buy it and played it for each other secretly. Also, I wasn't going to be anybody's puppet and I figured this record would put an end to that...I was just so fed up with all that who people thought I was nonsense." Later interviews only echoed the sentiments expressed to Crowe.

"Self Portrait" was heavily criticized for its performances and overall production, with many critics singling out various songs as poor cover choices.

However, one track has managed to draw consistent praise over the years. Written by Alfred Frank Beddoe (who was 'discovered' by after applying for work at People’s Songs, Inc. in 1946), "" captures an idyllic backwoods existence, where is equated not only with pleasure but with tax resistance. Appalachian farmers who struggled to make their living off the land would routinely siphon off a percentage of their corn in order to distill . Everything produced would then be hidden from the government in order to avoid the tax of 1791.

writes, "'Copper Kettle'...strike [s] all the right chords...being one of the most affecting performances in Dylan's entire canon" (in spite of the fact that, to good ears, Dylan sang it slightly sharp). 's Tim Riley called it "an ingenious for rock attitudes, the hidden source of "John Wesley Harding"'s shadows."

"Copper Kettle" was popularised by and appeared on her best-selling 1962 LP "".

Among the original songs written for the album, "Wigwam" later achieved notoriety for its use in the 2001 film . "Living the Blues" was later covered by . "Living The Blues" was also covered by Trio with on the album Trouble: The Jamie Saft Trio Plays Bob Dylan, in 2006.

And the only song on the album that can be considered is the party-friendly romp "The Mighty Quinn (Quinn the Eskimo)," a song from the Basement Tapes sessions, covered by in 1968, and for live venues and also made this an iconic favorite.

Self-Portrait, like most Dylan albums, features quite a large number of outtakes recorded for the album but simply did not make the final cut. The majority of the songs have never been released or even circulated. Two notable songs are "Went to See the Gypsy" and "Time Passes Slowly", both recorded for possible inclusion on "Self-Portrait" but issued on "New Morning".

Dylan had his share of negative criticism before "Self Portrait". At worst, his 1962 debut was met with quiet indifference. In 1966, his tour with was met with open anger from some fans, but the burgeoning rock press countered that reaction with their enthusiastic praise.

With "Self Portrait", there were few admirers and far more detractors. Critical disdain seemed universal. At best, a number of journalists, including , felt there was a concept behind "Self Portrait" that had some merit.

"Conceptually, this is a brilliant album," wrote Christgau, "organized, I think, by two central ideas. First that 'self' is most accurately defined (and depicted) in terms of the artifacts — in this case pop tunes and folk songs claimed as personal property and semispontaneous renderings of past creations frozen for posterity on a piece of tape and (perhaps) even a couple of songs one has written oneself — to which one responds. Second, that the people's music is the music people like, strings and all."

However, few critics expressed any interest in the music itself. "In order for a concept to work it has to be supported musically — that is, you have to listen," Christgau admitted. "I don't know anyone, even vociferous supporters of this album, who plays more than one side at a time. I don't listen to it at all . The singing is not consistently good, though it has its moments, and the production — for which I blame , though Dylan has to be listed as a coconspirator — ranges from indifferent to awful. It is possible to use strings and soprano choruses well, but Johnston has never demonstrated the knack. Other points: it's overpriced, the cover art is lousy, and it sounds good on WMCA."

The public did not know it at the time, but Dylan's next album ("") was almost complete when "Self Portrait" hit the streets.

Rock critics Jimmy Guterman and Owen O'Donnell, writing in their 1991 book "The Worst Rock and Roll Records of All Time," listed "Self-Portrait" as the third worst rock album ever, with only 's experimental "" and 's concert byplay album "" faring worse. "The breakup of the shortly before this album's release," they wrote, "signaled the end of the sixties; "Self-Portrait" suggested the end of Bob Dylan."

In 1973, Knopf published Dylan's song lyrics, sketches, and album notes as "Writings and Drawings", with updated versions called "Lyrics" appearing in 1985 and 2000. In all three editions, the original lyrics from "Self-Portrait" are never acknowledged, suggesting Dylan's disavowal of the whole album.

http://www.palacefamilysteakhouse.com/2005/03/self-portrait.html - Discussion of the album by Dylan fans

Guterman, Jimmy and O'Donnell, Owen, "The Worst Rock and Roll Records of All Time", Citadel, 1991.