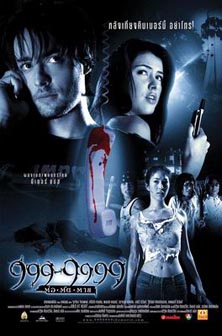 A young woman who was given the nickname Rainbow is a new transfer student to an international school in from . She joins a led by Sun, and Rainbow's new friends are curious about the mysterious, violent death that took place in her old school.

According to Rainbow, the victim, just before his death, had received a call on his cell phone from the number 999-9999, in which recipients are supposed to have their wishes fulfilled.

One by one, Rainbow's new friends try to call the number and die, until Rainbow is the only one left.