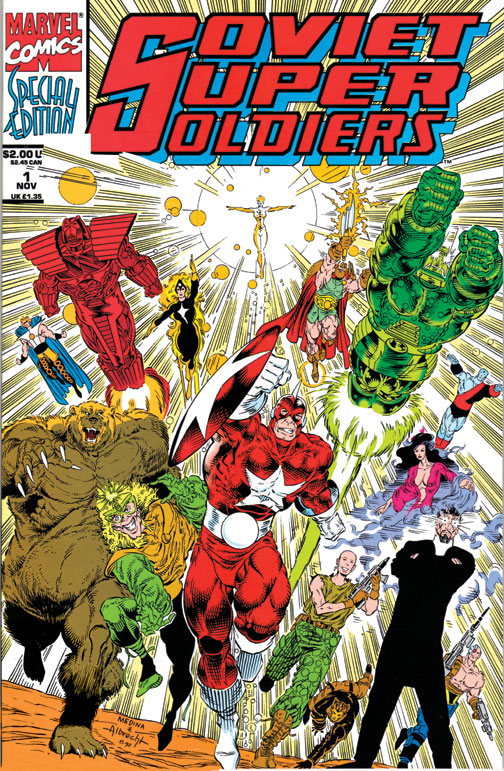 The Winter Guard is a fictional team of n superheroes in the universe. They became noteworthy during the run of "", where they had several guest appearances.

The Winter Guard are noted for being 'almost the Avengers', a label they share with the Canadian superteam and the ese superteam . Several members of the group formerly belonged to the and the . Unlike those two previous teams, which were often adversarial towards other costumed superheroes, the Winter Guard is much more heroic in nature.

Whilst investigating the murder of the Abomination, a Russian supervillan, , and encounter the new Winter Guard, consisting of Ursa Major, Red Guardian, Darkstar and the Crimson Dynamo.

Their original membership was
* Blind Faith- A Catholic priest with telepathic powers.
* Darkstar - a mutant who could draw power from 'the Dimension'
* Fantasma - a sorceress and illusion-caster - also known as Fantasia
* Powersurge - a nuclear-fueled giant
* - a ferocious feline mutant
* The Steel Guardian - Russia's answer to - formerly the Red Guardian
* Vanguard - a mutant with the power to reflect energy at his attackers
* Vostok - a robot with the power to control machines - also known as Sputnik