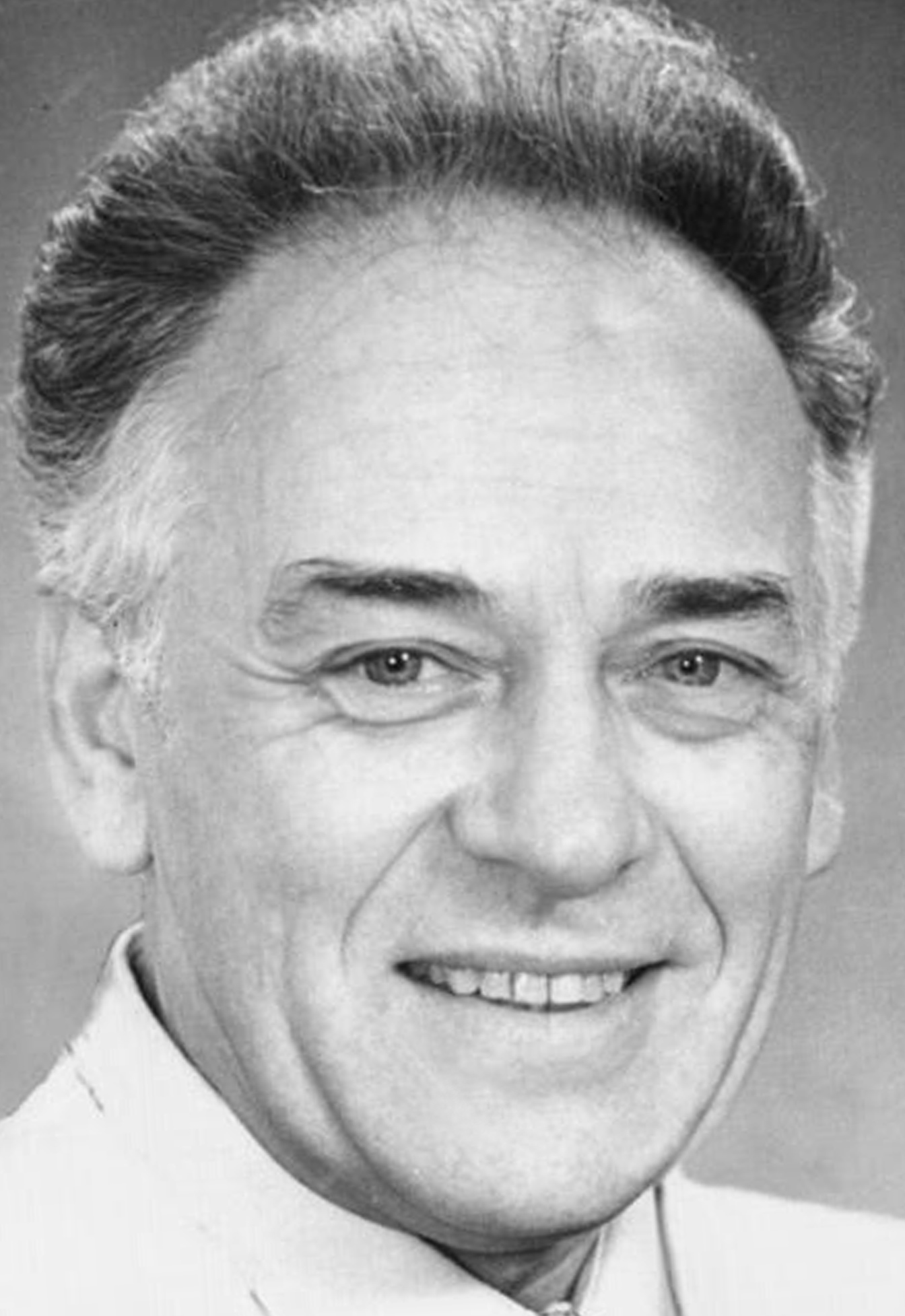 Petr Shelokhonov was born in 1929, in , then a part of the ; Petr Larionovich Shelokhonov (also known as Peter, Pyotr, or Petro Larionovich Schelochonovich in Belarusian, Polish, Yiddish and Ukrainian). His ancestors came from Ukraine, from Lithuania and from Poland.

His father, Larion (Illarion) Titovich, practiced at a horse farm, where his grandfather, Tito Shelohonovich, was also a farmer. Petr rode horseback during his childhood; he studied veterinary medicine under his father's tutelage, spending hours researching cells and tissues using his father's microscope. Petr Shelokhonov was destined to practice veterinary medicine, like his father, but his fate was changed by war.

He survived the occupation during . Belarus was swiftly occupied by 's troops. One terrible night his home was totally demolished by , he miraculously escaped the death by running away barefoot. He then witnessed the fire and destruction of the entire village when the Nazi s leveled the remains of his house, then ruined his school and the horse farm. He tried to find his relatives until his cousin told him that there were no survivors. He was unable to find the remains of his mother, Anna Minska, to give her a proper traditional burial. He was separated from his father, who was away with horses. The Nazis arrested Petr and he was held in a transitional camp with other men. One night he escaped with a group of men under heavy fire from gun towers. Most fellow escapees were killed. Petr’s forehead was severely wounded but he survived and dug a hole in the ground, to hide from Nazi police patrols during the autumn of 1941. He survived thanks to a wounded cow, which was blind and without calfs, and her udders were full of milk. Petr used his veterinarian skills and befriended the cow, so he could suck her warm milk. Eventually the wounded cow died. He learned how to explode the German s to kill fish in a river. He was arrested by the partisans patrol and joined the partisans in the woods.

In 1942, while surviving in the woods with partisans, Petr Shelokhonov had his first experience. He performed of Hitler and the Nazis for his fellow partisans. His performances helped lift their spirits in a time when they were struggling to survive. This experience accentuated his humble, modest character. The scar on his forehead, the mark of war, made his acting career seem like an impossible dream; but Petr was determined - depending upon his roles he covered his scar with an appropriate theatrical makeup, wore a wig or used various hats. At first, he accompanied himself playing the . Then he made s and a screen, and worked in his own from 1943-1945. In his show, named "Peter and the Wolf," he managed to lead four puppets with four voices, and also played the accordion. He traveled across Belarus and with his puppet theatre and performed for bread and rare food packages from the American . He spoke Polish, Yiddish, Russian, Belarusian, and his native Ukrainian, and he was very lucky to survive until the end of World War II.

In 1945 Petr Shelokhonov became a student at the , he also played the accordion on stage, albeit his plan was to become an actor in . In 1946 he moved to Leningrad in pursuit of an acting career. Petr Shelokhonov was looking for a job with a jazz band, similar to his favorite bands of and , so he joined a at the Leningrad Navy Club and also gave performances as a and played the accordion. , and were his favorites as well as the music of , , and other stars heard on the radio shows. Petr's love of music and his passion for acting, which was generously peppered with his free spirited humor, protected his peaceful soul and positive disposition, and helped him survive through the roughest realities of life under ; but when his free spirited humor angered the hard liners, many doors closed.

In 1947, Petr Shelokhonov was drafted in the , and then he served in the . Petr began his service as a sailor in charge of smokescreen devices on ships of the Baltic Fleet. There he was immediately ed for telling a . Petr was detained by the Soviet authorities and was forced to work for several months on the construction grounds for the in Leningrad. That experience did not brake his will, as he used humor to survive. From 1947 - 1953 he served in the stationed in , and . Peter eventually moved up from a sailor to actor with the Theatre of the Baltic Fleet in the city of Liepaja. There he worked from 1949 - 1953, earning critical acclaim and an Honorable Note from the , albeit at the end he was punished again for another political joke.

After that, Petr's acting career was limited to , where he remained under suspicion as did many other survivors who were held by the Nazis in occupied territory during World War II. He managed to survive through the roughest realities of life under Soviet communism; but he did not stop telling funny political jokes about the Soviet leadership, so when his free spirited humor angered the hard liners, many doors closed. He moved to the Siberian city of and studied at the Irkutsk , graduating in 1959, as an actor. That same year he made one of his most memorable appearances as in 's play, his graduation work. Petr Shelokhonov worked at the State Drama Theater in the city of Irkutsk in the 1950s and early 1960s.

During the 1960s, Petr Shelokhonov worked as an actor and director at the Chekhov Drama Theatre in the city of , Russia. There Shelokhonov created leading roles in the new productions of such classic plays by as Uncle Vanya in "" ( _ru. Дядя Ваня), Ivanov in "Ivanov" ( _ru. Иванов), Tuzenbach in "" ( _ru. Три сестры), and Treplev in "" ( _ru. Чайка). In "", which he co-directed, he also played two opposing characters on different nights, alternating between the roles as Gayev, and as Lopakhin. Shelokhonov also appeared as Satin in "" ( _ru. На дне) by and played Lenin in "The sixths of July" ( _ru. Шестое июля) a play by Mikhail Shatrov. His favorite role of that period was Platonov in the eponymous play by Anton Chekhov.

In 1967 he made his film debut in in the leading role as in the TV movie "Steps to the Sun" ("Shagi v Solntse") "( _ru. Шаги в солнце)" which premiered in the National TV in 1967. Then he was recommended by film director for portrayal of , the legendary rocket scientist who launched the first man in space. The film title was "" ("Ukroshcheniye ognya") ( _ru. Укрощение огня) but Shelokhonov was kept from playing the leading role by Soviet . The leading role eventually went to his fellow actor and Shelokhonov played another rocket scientist, Karelin, having such film partners as , , , , , and other notable Russian actors.

The film "Taming of the Fire" revealed for the first time some deatails of the top secret Soviet missile programme that was developing behind the . At that time Soviet political censors had total domination over the filmmakers. Filming locations in the Soviet Union were top secret, such as the in and the near Moscow. Military censors watched the secret equipment and rocket science machinery that were disallowed, so several scenes with good acting were deleted and destroyed. The total length of destroyed footages was well over a thousand meters of film, so the released version of the film was reduced by one hour. Several scenes with performances by Petr Shelokhonov were also censored and destroyed.

In 1969 Petr Shelokhonov moved back to Leningrad. There he became member of the troupe at Lenkom Theatre, and then the troupe at , and then permanent member of the troupe at . During the 1970s and 1980s he created a number of leading roles in popular stage productions in Leningrad, such as in trilogy about Russian s: "Death of Ivan the Terrible", "Tsar Boris", and "Tsar Fedor Ioannovich" by . Shelokhonov was critically acclaimed for his leading roles as Sudakov in "Gnezdo Glukharya" by , and as Dmitri Nikolaevich in "Theme and Variations" by . His most memorable TV performances were such roles as Laptev in Chekhov's "Three Years", as Corporal Vaskov in "Dawns are quiet here" by , and as Batmanov in "Far from Moscow" ("Daleko ot Moskvy") ( _ru. Далеко от Москвы) by . At the same time Shelokhonov was able to play leading and supporting roles in film productions made at Studios. He was also cast in films made by , Kiev , and film studios. Petr Shelokhonov shone in a range of leading and supporting roles such as Severian Ulybin in 1971 epic film "Dauriya" and as spy Sotnikov in the 1969 detective drama "Razvyazka". He also portrayed a variety of historical figures, leaders and intellectuals, on stage and in film, such as the Russian composer , Academician , revolutionaries and Dorogomilov. In 1974 Shelokhonov played the leading role as industrialist Peresada, opposite another Russian film star , in "" ("Counter measure") ( _ru. Ответная мера).

In 1991 writer and director invited Petr Shelokhonov to play the leading role, as Sam, in his autobiographical play "", which was staged and directed by Peter Ustinov in St. Petersburg at the Theatre of Lensoveta. In that production Petr Shelokhonov gave a critically acclaimed performance with the support of an ensemble of his stage acting partners such as , , and other notable actors.

In 1993 Petr Shelokhonov directed a stage production of American play "Isabella" by , about a girl, Isabella, who survived the . The play was somber and needed an innovative and uplifting ending. Petr Shelokhonov created and directed an unusual final scene: all victims are coming alive out of burning ovens of Auschwitz, they are walking through the fire and smoke holding hands, they are walking towards the audience in a slow and majestic march and join the living people to the accompaniment of the "Lacrimosa" from Mozart's Requiem.

In his directing as well as in his acting Petr Shelokhonov used his own experience as a survivor.

Petr Shelokhonov was loved by the public, despite hard times with Soviet officials. He played leading and supporting roles in Russian and international films, and his filmography includes over 80 roles in film and television. His film partners were such actors as , , , , , , , , and other notable actors. He also played over 100 roles on stage in Russian and International theater productions, and was member with three theatre companies in Leningrad - St. Petersburg. In 1979 Petr Shelokhonov received the title of Honorable Actor of Russia.