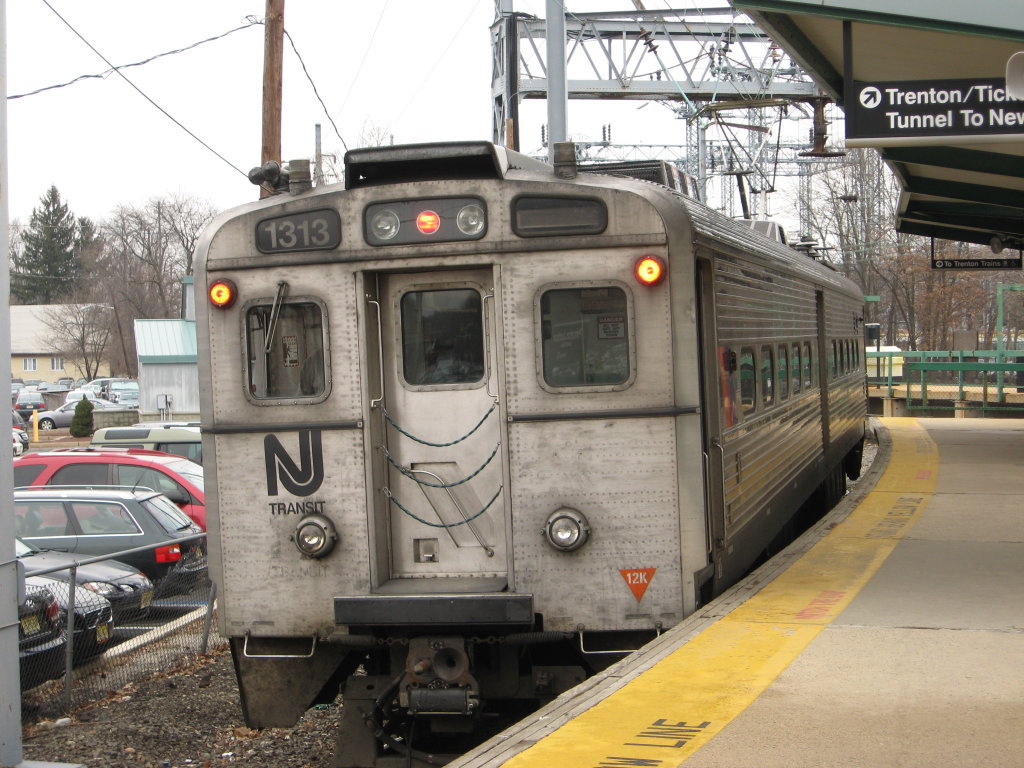 infobox rdt|Princeton branch mapThe Princeton Branch is a line and service owned and operated by in the of . The line is a short branch of the , running from njt-sta|Princeton Junction northwest to njt-sta|Princeton with no intermediate stops. Also known as the Dinky Line, or Princeton Junction and Back (PJ&B),Fact|date=December 2007 the branch is served by special shuttle trains. ("Dinky" is a term for a small locomotive. The term is on face anachronistic, because the line is today served by a single Arrow III electric coach car, although the considers any power car to be a .) NJ Transit has also considered using coaches on the line. The Princeton Branch provides rail service directly to the campus from Princeton Junction, where New Jersey Transit and trains that go to Newark, , and Philadelphia can be boarded. Peak period trains leave Princeton on weekdays between 5:59 am and 8:14 am, approximately, and leave Princeton Junction on weekdays between 5:03 pm and 8:10 pm, approximately (some trains handle both peak and off-peak commuters to and from the Northeast Corridor) [http://www.njtransit.com/pdf/rail/r0070.pdf] . There are 41 departures in each direction daily.

The Great Dinky Robbery was a prank perpetrated by four students on Friday, . [cite news |first=J. D. |last=Reed |title=The Little Engine That Can |url=http://query.nytimes.com/gst/fullpage.html?res=9900E1D9103BF932A05750C0A9649C8B63&sec=&spon=&pagewanted=4 |work=New York Times |date=March 31, 2002 |accessdate=2007-12-12 ] The Dinky referred to is the Princeton Branch service operated at the time by the , usually a one-car train. At the time, Princeton was an all-male school, so the Dinky was the primary means of transportation for women coming to the campus to meet their dates.

In the "Robbery", four students on horseback ed the train as it was arriving in the Princeton Junction station. A convertible was parked across the track forcing the Dinky to come to an abrupt halt. At that point, the ersatz cowboys rode up to the Dinky, and, led by George Bunn '63 who was armed with a pistol loaded with blanks, boarded and seized four girls selected on the spot. The riders and their newly-found dates rode off on the horses, the convertible was moved off the tracks, and the Dinky arrived safely, albeit a few minutes late. Although the University administrators were aware of the event and knew who was involved, they took no official action against them.

Bunn, widely regarded as the ringleader of the Robbery, was rather well-known around campus as a prankster. A member of the Princeton Cap and Gown, he had once driven a bulldozer into neighboring Cottage Club, and it has been said that he kept a pet in his room. Not much is known about the other students involved in the robbery, but Sam Perry '63 and John Williams '63, both also of Cap and Gown, were thought to have been involved, and Walt Goodridge '64 allegedly did much of the logistical work for the prank. At least one other student must have been involved, as moving the car on and off the tracks would have required a fifth helper in addition to the four riders. Many members of the Classes of '63 and '64 have claimed to have been one of the bandits, but the names listed above are thought to be the "real" riders.

On arriving back on campus, Bunn rode his horse onto the porch of Colonial Club, while the rest apparently rode down to Cap and Gown to listen to whom Cap and Charter Club had booked for the two nights of Houseparties.

Although no actual robbery was committed (the only stolen "commodity" being the four women), the hold-up of the train was probably the last such event in America. Before 1960, the last train robbery in America took place in in 1923.

* [http://www.dailyprincetonian.com/archives/2004/04/30/news/10490.shtml Daily Princetonian article on DMU use on the Princeton Branch]