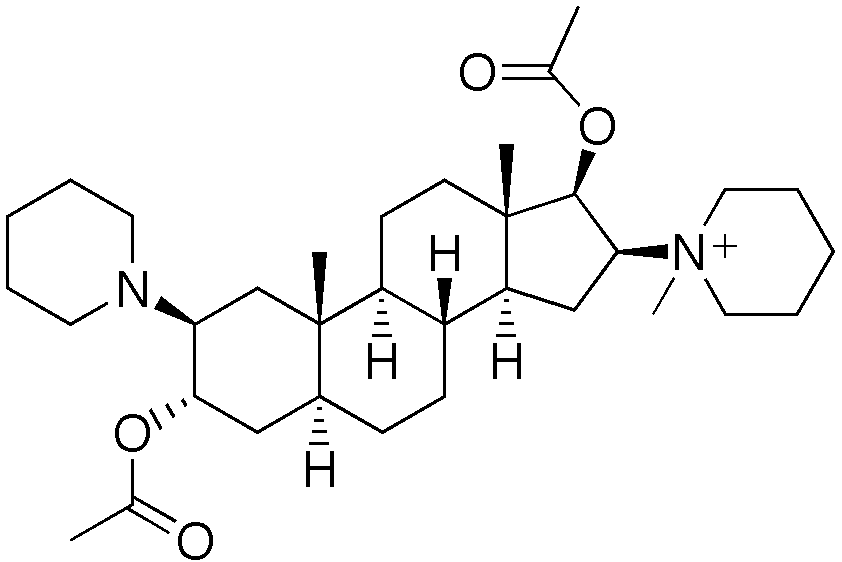 Vecuronium operates by competing for the cholinergic receptors at the motor end plate thereby exerting its muscle relaxing properties which are used adjunctively to general anesthesia. Under balanced anesthesia, the time to recovery to 25% of control (clinical duration) isapproximately 25 to 40 minutes after injection and recovery is usually 95% completeapproximately 45 to 65 minutes after injection of intubating dose. The neuromuscularblocking action of vecuronium is slightly enhanced in the presence of potent inhalationanesthetics. If vecuronium is first administered more than 5 minutes after the start of theinhalation of , , or , or when a has been achieved, the intubating dose of vecuronium may be decreased by approximately 15%.