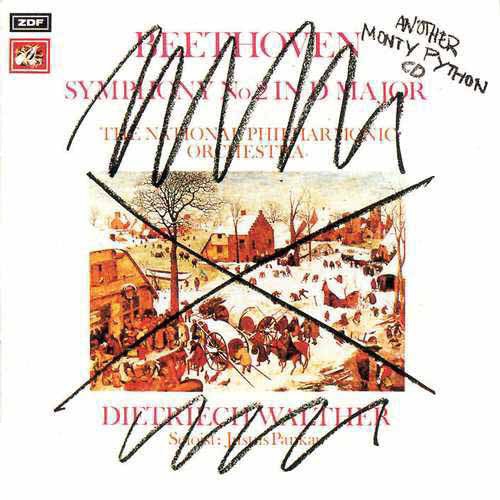 "Another Monty Python Record" is the second album produced by the comedy group, released in 1971. It was packaged as "Beethoven Symphony No. 2 In D Major", but defaced by the Pythons to serve as their own record jacket. (The "serious" liner notes on the back also bear a Pythonesque stamp: the biography of Beethoven quickly turns into a commentary on Beethoven's Wimbledon debut.) Most of the material is from the "" television series, although some of the sketches are new. Included with the original LP were three card inserts printed with detailed instructions, scripts and cut-out props for the 'Be A Great Actor' sketch on side 2.

noted on this album in the book "The Pythons"::"We had this horrendous time because we were recording in this rather hippy recording studio which fortunately I can't remember the name of. ... We were very keen to use the stereo and everything, but what we hadn't realised was that the guy who was doing the recording, who I think was out of his head most of the time, had not been making any notes. We'd end up with tapes and tapes of material with no idea of where anything was on the tapes ... That was a bitter experience."

The list of sketches below is the list on the actual record, however there were other sketches featured.

The following is the list of musical works included on the album, printed on the CD booklet for copyright purposes. They are a mixture of self-penned Python songs, specially composed music by , and pieces of library music.