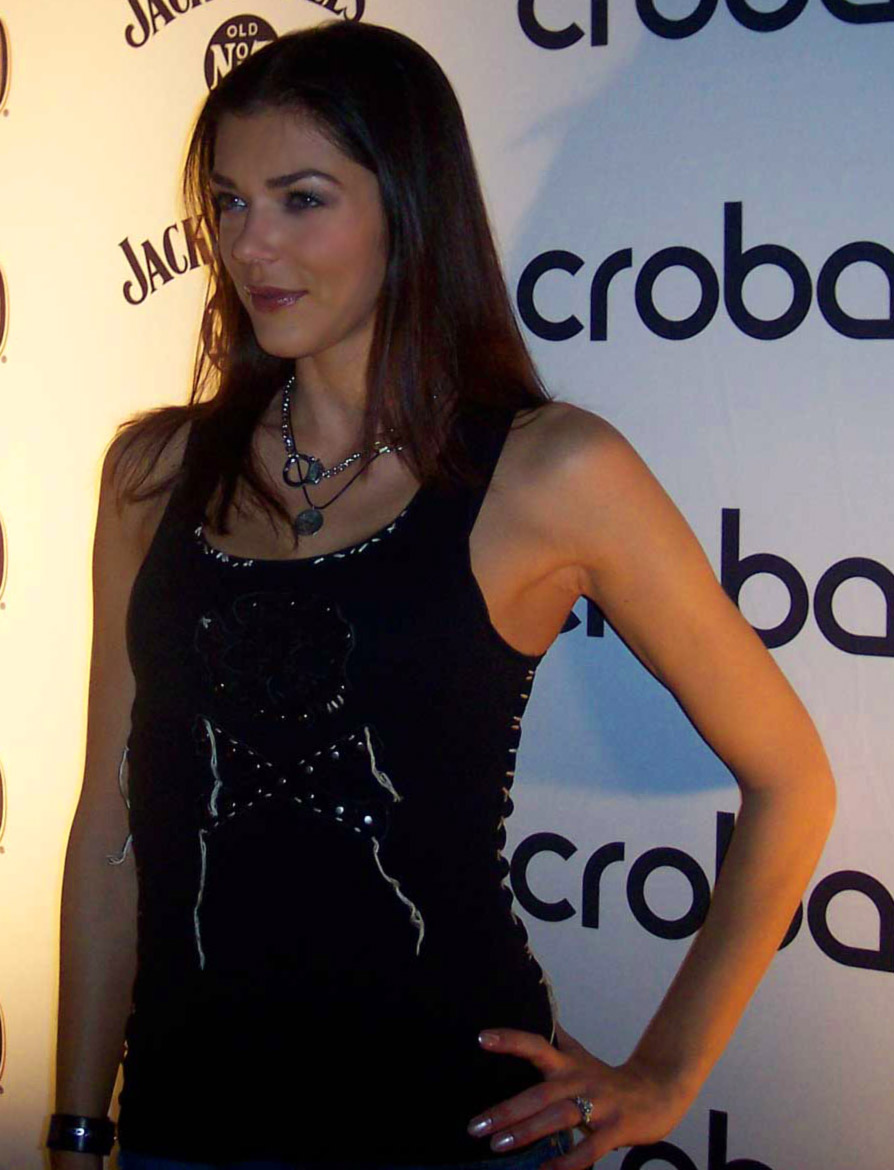 Adrianne Marie Curry (born August 6, 1982 in ) is an American model, who first became famous as the winner of the first cycle of the series "". She is married to , who portrayed on "". She also runs a weekly [http://www.nowlive.com/desktop/default.aspx?id=100205445 show] on the [http://www.nowlive.com/ NowLive radio network] , in which she is an investor.

Curry has been very open about the trauma she experienced in her youth. She was abducted and molested as a child and raped in her teens, as she mentioned in the third season premiere of "". [ [http://www.vh1.com/video/play.jhtml?id=1579494&vid=202976 Video of the Season 3 premiere of "" at vh1.com] ] She also mentioned her struggle dealing with the hurt caused by the trauma she experienced.

Adrianne won the first cycle of .

Curry's runway shows include Anne Bowen Spring 2005, , 's line, Ed Hardy, Von Dutch, and Christopher Deane. She has appeared in a commercial for the Merit Diamonds Sirena Collection that ran from November 2004 to January 2006.

Curry appeared on 's celeb sci-fi reality show "" in 2006, along with her husband.

Curry appeared on 's "From Russia with Love". The show documents her trip to . It is set to air in November 2007. She has also starred in the films "Fallen Angels", "Light Years Away" and "Jack Rio".

"" has dissociated itself from Curry (and vice versa), having not mentioned her in any episodes since Season 2 (where she guest-starred in an episode). This was reportedly due to Curry criticizing "Top Model" and for not delivering the promised prizes she won. Banks then retaliated by removing Curry from the show. Curry also stated that Banks was fake, claiming the supermodel was the nicest person in the world when the camera was on, but once it wasn't she became " in your face." Curry apologized for the comments she made, but Banks continues to shun her. Fact|date=January 2007

In early 2005, Curry appeared on 's fourth season of "". After the season ended, Curry and fellow house guest began dating, and later moved in with each other. On September 11, 2005, VH1 began airing "", a show that documented their life together and paid her an estimated $450,000. The show led her to being featured in Maxim's Hot 100, a list of the "hottest" women on earth. [Maxim Online - [http://www.maximonline.com/slideshows/index.aspx?imgCollectId=114 Adrianne Curry] ] and ranked #100 on the Maxim Hot 100 Women of 2005.

used Curry as the model in the 3D rendering demo in the picture shown above. The demo was designed to show off the power of their 8800 and 8600 series products. The demo is downloadable and will run with purchase of those products.

Knight proposed to Curry on the season finale of the show, which aired on November 6, 2005. The show was renewed for a second season, and focused on the couple's wedding preparations. The second season began airing on VH1 in June 2006. The couple wed in Curry's hometown of Joliet on May 29, 2006 in a gothic-style wedding. Says Curry of the goth-themed ceremony, "I wanted to go as Gothic as I could and as traditional as I could without ruffling anyone's feathers. ... I wanted to have a black dress ... but I knew it would break my grandmother's heart." [ [http://www.starpulse.com/news/index.php/2006/05/26/christopher_knight_aamp_adrianne_curry_t Christopher Knight & Adrianne Curry to marry tomorrow] ]