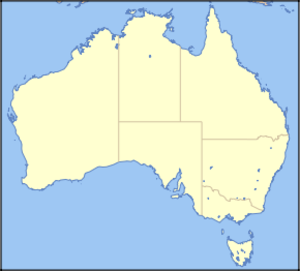 The cultural sites of Scheyville reflect many major themes in Australia’s development since European settlement.Beginning in 1804, the area was set aside as a public common for the people of the district. The Cooperative Labour Settlement was established in 1893, followed by a Casual Labour Farm where unemployed men could live while finding other work.
, MP for Redfern and Darlington, helped this tradition of experimental farming continue in the form of the Government Agricultural Training Farm. The training scheme was a program to promote and assist the migration of British Youths willing to become farm workers.After the outbreak of the training farm was taken over the Commonwealth with the 73rd Australian Anti Aircraft Search Light Company and the RAAF 244 1ST Parachute Battalion being stationed there.During the post war immigration wave of the 1950s the lands and buildings at Scheyville became the starting point for thousands of immigrants seeking a new life in Australia.From 1965 to 1973 Scheyville became the home of the Officer Training Unit. An intense six month course designed to turn out officers capable of leading a platoon in Vietnam was offered to National Servicemen.After years of neglect and many development proposals for the land, Scheyville was finally gazetted as a National Park in early 1996.

In 1802 an area of approximately convert|5650|acre|km2 was set aside as a grazing common for the local settlers. This area originally called the Nelson Common finally became known as the Pitt Town Common. By 1889 the Common had increased to convert|9000|acre|km2 in size, and extended from Maraylya to South Windsor. In 1893 the government resumed convert|3000|acre|km2 of the Pitt Town Common in order to establish an experimental agricultural settlement. The area we now know as Scheyville was included in the land resumed by the government.

The aim of the settlement was to ease the high levels of unemployment experienced during the depression of the 1890s. Settlers were selected from the ranks of the unemployed and consisted of carpenters, gardeners, wharf hands, storekeepers and seamen, and their families. Run according to Socialist principles and highly controversial at the time, the Pitt Town Village Settlement and similar settlements in and are seen today as a significant step toward unionism and the labour movement in Australia.

In 1895 William Francis Schey, a member of the NSW Parliament, initiated the establishment of a different type of government funded farm on the site of the Pitt Town Village Settlement. The farm was used as a short-term refuge and workplace for men who were victims of unemployment and sickness, until they were in better health or found work in the city.The men were not permitted to stay longer than about 4 months, during which time they were paid a small wage for the work they carried out on the farm.Dramatic improvements were made to the farm between 1896 and 1905: buildings and fences were repaired; a silo was built; a dairy and piggery were in operation and the farm was self-supporting. Between 1905 and 1910 the farm became more of an agricultural training facility, and city boys who had been trained at the farm quickly found work on the land.In recognition of Francis William Schey and his contribution to social welfare the area occupied by the labour settlement was renamed “”.

The Dreadnought Scheme was a program designed to promote and assist the migration of British youths willing to become farm workers in Australia. Funds which had been raised by public subscription for the purchase of a battleship were diverted to establish the Dreadnought Scheme when the Commonwealth instead decided to build an Australian Navy.On arrival in Australia, the teenage boys were assigned to a state government farm for three months of agricultural training. More than half of the boys who participated in the scheme were sent to the Scheyville Farm.Here the boys learnt skills such as shearing, horse riding, cropping, dairying, butchering and farm equipment maintenance. On completion of the training period the boys could be sent to work on any farm in the state. Most of the Dreadnought graduates were employed on dairy farms in the Northern Rivers area.The scheme was put on hold during World War One. During the war the farm was used briefly for the detainment of 87 German citizens who had been taken from boats moored in Sydney Harbour. Later, the farm was used to train Australian women in agricultural skills while men were at war.The Dreadnought Scheme resumed in 1921 but in 1930 the scheme was again stopped, this time as a result of the . By this time 4,500 British boys had been trained at Scheyville.During the Depression the Scheyville Farm took about 500 Australian city boys annually and gave them four months of training in basic farming practices. The boys were found suitable positions on farms on completion of their training. The Scheyville Training Farm era ended in 1940 when the farm was taken over by the Commonwealth for use as a military school during World War Two.

In October 1940, the Commonwealth Government requisitioned Scheyville Farm. A military school for artillery and anti-tank warfare was set up on the farm. On 15 September 1942, the 73rd Anti-Aircraft Searchlight (AASL) Company was formed and was based at Scheyville, until relocating to on 6 November 1942. The occupied the farm from late 1943 until late 1944.

In 1965, the Scheyville complex was again taken over by the military for Army training. On this occasion Scheyville was used as an Officer Training Unit (OTU) for National Servicemen. Scheyville was the only unit in the country that offered this concentrated six month course.The training provided at the Scheyville OTU was specifically designed to turn out officers capable of leading a platoon in Vietnam. OTU training was intense with 10 to 14 hour days being ‘the norm’. Much study was involved and tough physical training was also part of OTU life. Many of the officers who trained through this unit served in Vietnam.Many OTU graduates went on to become leaders in their own field following army life, citing the training they received at Scheyville as having contributed to their success. Some of the officers decided to pursue careers in the Army after National Service.Direct entry aviation cadets were also trained at Scheyville. Their course lasted 12 months, the first six months being the same as that for National Servicemen and the latter six months concentrating on subjects more suited to careers with the regular Army.The Officer Training Unit continued to function until 1972, when the Australian Labor Party abolished National Service.Hawkesbury Agricultural College opened a campus at Scheyville in 1978 but did not renew their five year lease on its expiry.