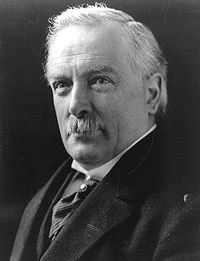 David Lloyd George, who served as Minister of Munitions between 1915 and 1916.

The Minister of Munitions was a British government position created during the First World War to oversee and co-ordinate the production and distribution of munitions for the war effort. The position was created in response to the Shell Crisis of 1915 when there was much public criticism of the shortage of shells available.

Most Ministers appointed were senior politicians, starting with David Lloyd George. The position was abolished in 1921 as part of a cutback of government and as a delayed result of the end of WWI in 1918.

Parliamentary Secretaries to the Ministry of Munitions, 1916–1919

Parliamentary and Financial Secretaries to the Ministry of Munitions, 1918–1921