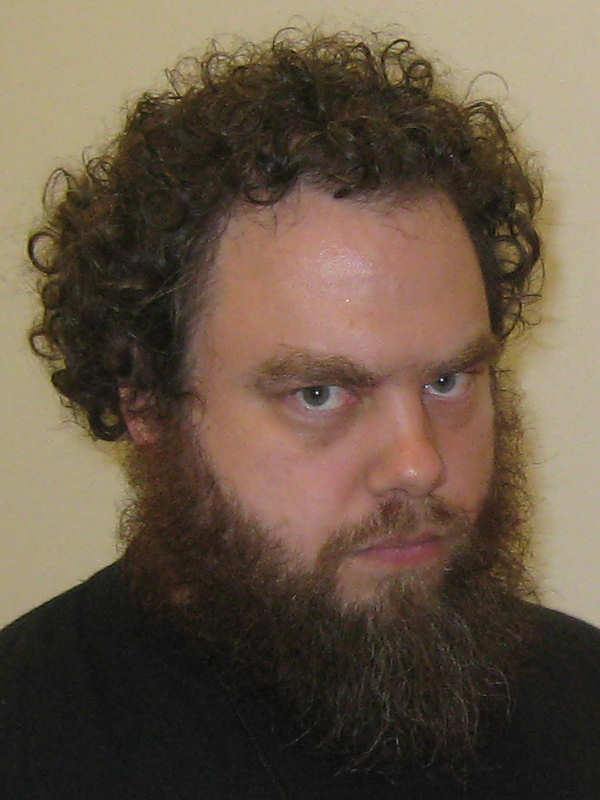 Patrick Rothfuss (born 1973) is an American writer and college lecturer. He is the author of "".

Patrick Rothfuss was born in Madison, , , .Fact|date=September 2008 According to his website, he grew up as an avid reader in part due to inclement weather and a lack of .

He graduated in 1999 with a B.A. in English. After receiving his MA at Washington State University, he returned two years later to teach at Stevens Point. After completing "The Song of Flame and Thunder", Rothfuss submitted it to several publishing companies, but it was rejected. In 2002 he won the competition with "The Road to Levinshir", an excerpt from his novel.

This trilogy was originally one very long story with the working title "The Song of Flame and Thunder". It was split in three for publication due to its length. The series is essentially the autobiography of a famous , wizard, and adventurer named Kvothe. After gaining notoriety at a young age, he disappears from public life and is eventually tracked down to a backwater inn by Devan Lochees, who goes by the name 'Chronicler'. After some persuasion, Chronicler convinces Kvothe to tell him his life story. However, the story is occasionally punctuated by interludes, during which it becomes clear that someone is looking for Kvothe, and that Kvothe's friend Bast is unwilling to let Chronicler tell all of Kvothe's story. The story thus proceeds on two levels, as we learn how Kvothe came to be the man he is now, whilst other events take place in the present hinting at a greater story to follow.