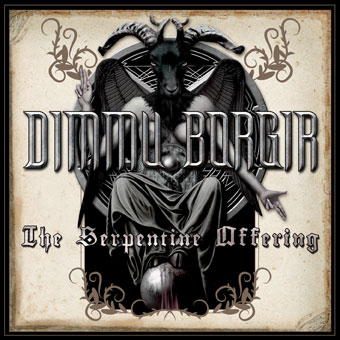 The video for "The Serpentine Offering" was directed by and famed ian music video director .

On beginning of the music video, the following lines appear:: "What you believe to be true is false": "What you thought right, wrong"

The music video begins with () raiding the village and slaughtering innocent people. Here, a priest's assistant is shown to dislike killing people just because of faith. When crusaders find a woman, who had just given birth, hiding in the barn and set it afire to incinerate her, the priest's assistant leaves to the forest where he pulls off and throws to the ground the Christian cross he was wearing, symbolizing his rejection of Christianity. Later a group of other people against Christianity are shown in a cave in the forest, and later around a fire. In the end of the video they attack and win the battle against the Christian crusaders.

In the end of the music video following lines appear:: "The battle will never end": " - us Spiritualis"

* [http://dimmu-borgir.com/video/the-serpentine-offering.mpg The Serpentine Offering on the official Dimmu Borgir website]