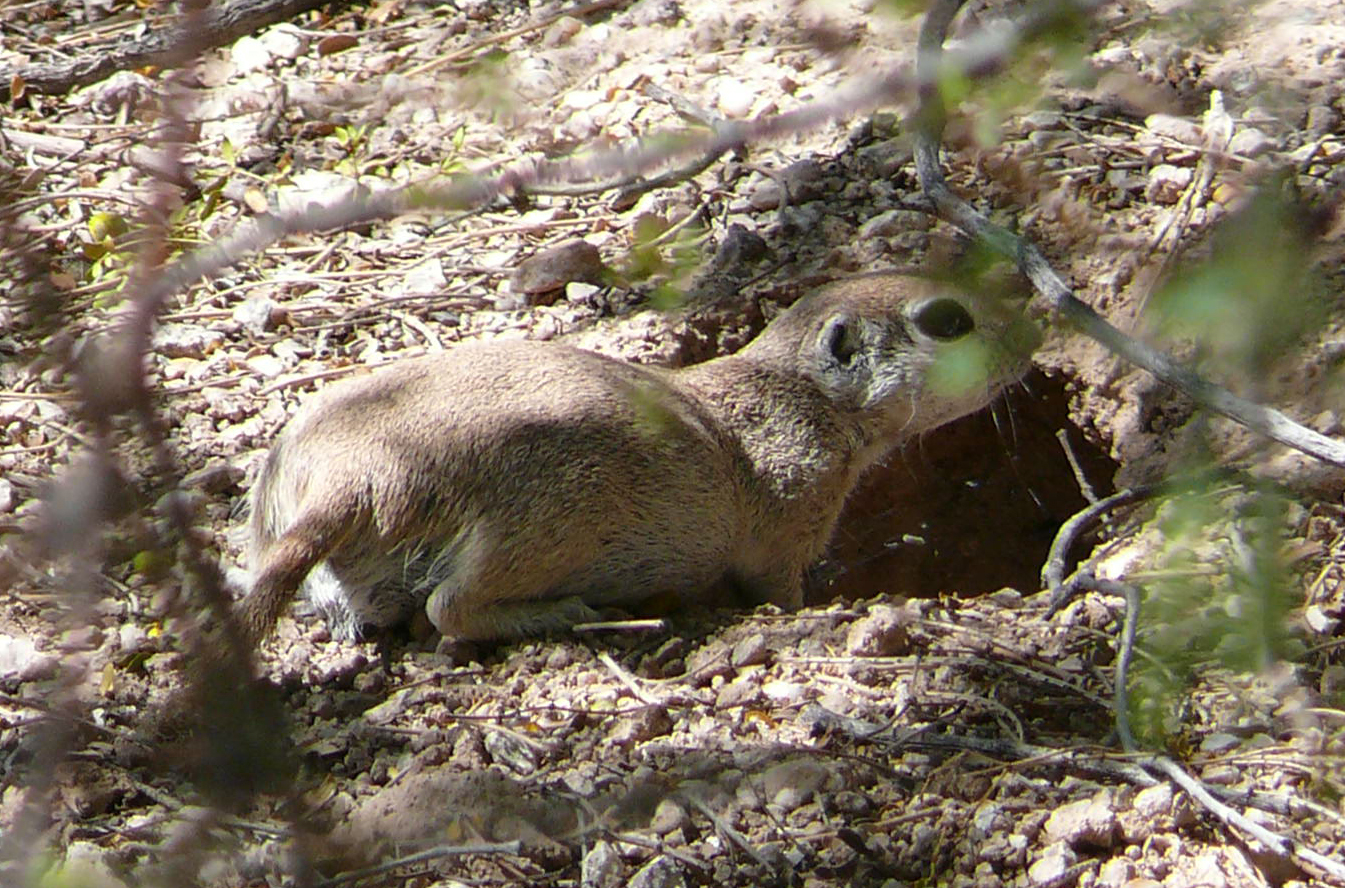 Round-tailed Ground Squirrels ("Spermophilus tereticaudus"), known as "Ardillón cola redonda" in Spanish, live in the desert of the and adjacent . They are called "" because they burrow in loose soil, often under trees and bushes.

Most round-tailed ground squirrels are very small. Weight at birth is approximately 3.9 grams. Adults weigh around 125 grams (roughly four ounces). [ [http://genomics.senescence.info/species/entry.php?species=Spermophilus_tereticaudus AnAge entry for Spermophilus tereticaudus (HAGRID 03372)] ,] All have a long round tail and long, hairy hind feet. They have no fur markings, instead having a uniform sandy color, which matches the soil they burrow in. The underside of their body is usually a lighter shade.

The is 28 days. An average of 5.4 pups are born in each litter. They reach sexual maturity at 325 days. The maximum is less than nine years. [ [http://genomics.senescence.info/species/entry.php?species=Spermophilus_tereticaudus AnAge entry for Spermophilus tereticaudus (HAGRID 03372)] ,] They are prey animals for coyotes, badgers, and snakes.

Ground squirrels are well-adapted to life. They can stay active even on the hottest of days though they do tend to limit their activity during the heat of the afternoon sun. They live underground in the winter, typically from late August or September until January or February. They go into but they do not hibernate.

They have a semicolonial social structure, and will alert others of impending danger with a high-pitched alarm call. But they will chase away other ground squirrels who get too close to their own burrow. The males are dominant during breeding season (January through March). The females dominate during raising of the young (March and April). [Dunford, C. 1977. Kin selection for ground squirrel alarm calls. American Naturalist, 58: 782-785.]

They are s. The bulk of their diet is green vegetation, especially in the summer. They also eat seeds and insects (ants, termites, and grasshoppers). Most of their foods are chosen for high water content because of the shortage of available water in their environment. The average water content of the food they eat is 80%. [Ernest, K., M. Mares. February 27 1987. Mammalian Species. The American Society of Mammalogists.]