Land of Pure Imagination, The

Land of Pure Imagination, The 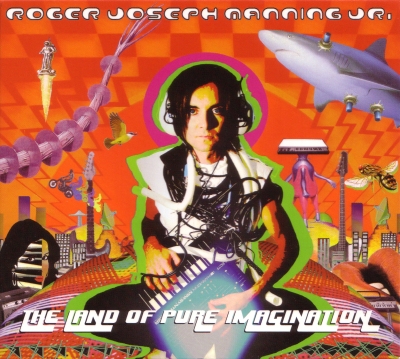 "The Land Of Pure Imagination" is the U.S. debut album of former Jellyfish founder , released in 2006.

The album is based largely on his only debut album "", released earlier that year. The tracks "What You Don't Know About The Girl", "Sleep Children" and "'Til We Meet Again" being replaced on "The Land Of Pure Imagination" by the tracks "Pray for the Many", "In the Name of Romance" and "Appleby".

"Power of Pop" gives the CD an A+, saying it "deserves to be in the collection of every fan of great pop music..." and suggests that it should "be spoken of in the same hushed tones as that Jellyfish masterpiece, "". [cite web|url=http://www.powerofpop.com/roger_joseph_manning_jr_land_of_pure_imagination.htm|title=Power of Pop, "The Land of Pure Imagination"]

* - and lyrics
* on "In the Name of Romance" by Mike McGuffey