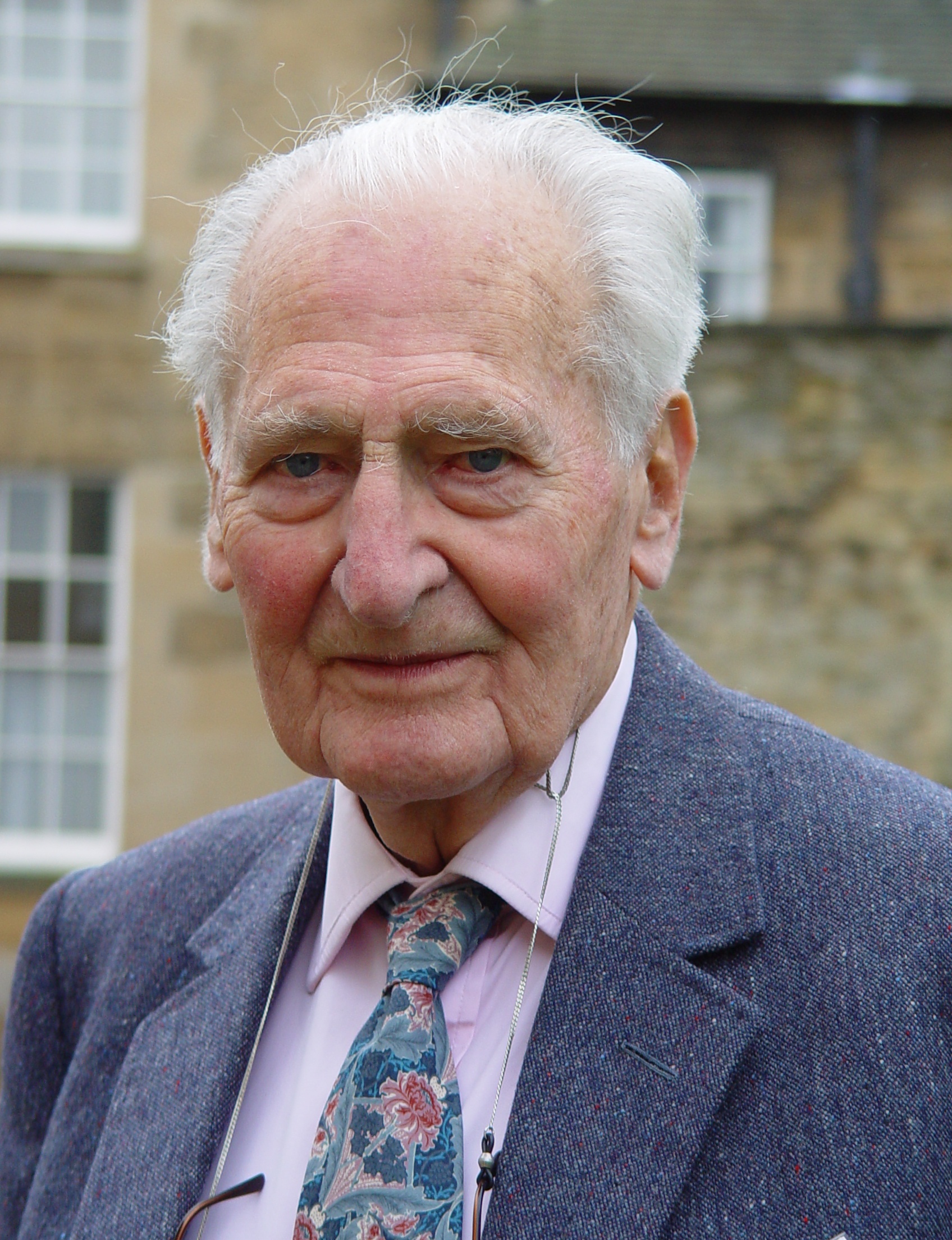 Sir William Richard Shaboe Doll CH OBE FRS ( &ndash; ) was a British who became the foremost of the 20th century, turning the subject into a rigorous science. He was a pioneer in research linking smoking to health problems. With Ernst Wynder, Bradford Hill and Evarts Graham, he was the first in the modern world to prove that smoking caused and increased the risk of . German researchers had established this association in the 1930s, although that work was not widely appreciated until recently. [Robert Proctor, "The Nazi War on Cancer", 1999] He also did pioneering work on the relationship between radiation and as well as that between and , and and .

Doll was born at Hampton into an affluent family, though his father's work as a doctor was cut short by . Educated first at , Doll originally then intended (against the wishes of his parents that he become a doctor like his father) to study mathematics at . Doll failed the mathematics scholarship from the effects of drinking too much of the College's own-brewed beer the night before. [cite web
author=McKie R
title=Profile: Richard Doll
publisher=The Observer
date=7 July 2002
url=http://observer.guardian.co.uk/science/story/0,,750852,00.html
accessdate = 2006-12-13 ] He subsequently chose to study medicine at , from where he graduated in 1937. Doll was a socialist, and one of the significant figures in the Socialist Medical Association whose campaign helped lead to the creation of Britain's postwar . He joined the after the outbreak of and served for much of the war as a part of the on a hospital ship as a medical specialist.

After the war, Doll returned to St Thomas' to research . In 1948 he joined a research team under Dr at the , run under the auspices of the statistical research unit of the Medical Research Council. Over a 21 year career in the unit, Doll rose to become its director. His research there initially consisted of disproving the then-held belief that ation was caused by heavy responsibility, but instead stress. In 1950, he then undertook with a study of lung cancer patients in 20 London hospitals, at first under the belief that it was due to the new material , or motor car fumes, but rapidly discovering that was the only factor they had in common [cite journal|author=Doll R, Hill AB|journal=BMJ|title=Smoking and carcinoma of the lung; preliminary report|year=1950|volume=ii|issue=4682| pages=739&ndash;48|pmid=14772469] . Doll himself stopped smoking as a result of his findings, published in the in 1950, which concluded;:"The risk of developing the disease increases in proportion to the amount smoked. It may be 50 times as great among those who smoke 25 or more cigarettes a day as among non-smokers."Four years later, in 1954 the , a study of some 40 thousand doctors over 20 years, confirmed the suggestion [cite journal|author=Doll R, Hill AB|title=The mortality of doctors in relation to their smoking habits; a preliminary report|journal=BMJ|year=1954|volume=i|issue=4877|pages=1451&ndash;5|pmid=13160495|url=http://bmj.bmjjournals.com/cgi/reprint/328/7455/1529|doi=10.1136/bmj.328.7455.1529] , based on which the government issued advice that smoking and lung cancer rates were related.

In 1955 Doll reported a case controlled study that has firmly established the relationship between asbestos and lung cancer [Doll, R. "Mortality from lung cancer in asbestos workers". BJM, 1955; 12:81.] .

In 1966 Doll was elected to the . The citation stated:

Doll is distinguished for his researches in epidemiology & particularly the epidemiology of cancer where in the last 10 years he has played a prominent part in (a) elucidating the causes of lung cancer in industry (asbestos, nickel & coal tar workers) & more generally, in relation to cigarette smoking, and (b) in the investigation of leukaemia particularly in relation to radiation, where using the mortality of patients treated with radiotherapy he has reached a quantitative estimate of the leukaemogenic effects of such radiation. In clinical medicine he has made carefully controlled trials of treatments for gastric ulcer. He has been awarded the United Nations prize for outstanding research into the causes & control of cancer & the Bisset Hawkins medal of the Royal College of Physicians for his contributions to

In 1969, Doll moved to Oxford University, to sit as the , succeeding the clinical researcher Sir George Pickering.

Initially, epidemiology was held in low regard, but in his time at Oxford he helped reverse this. He was the primary agent behind the creation of Green College, from where he retired in 1983.

Doll also helped found the , and was key in avoiding a system of paying donors for their blood, as had been adopted in the . His continued work into s at the at the , Oxford, working as part of the , notably including a study undertaken with Sir Richard Peto, in which it was estimated that tobacco, along with infections and diet, caused between them three quarters of all cancers, which was the basis of much of the 's conclusions on environmental pollution and cancer.

Doll was ed in 1971, and made a Companion of Honour in 1996 for "services of national importance". He was made a Fellow of the , awarded the Presidential Award of the as well as a for his research into cancer. In April 2005, he was awarded the n jointly with Peto for their work on diseases related to smoking. In 2004, he was awarded the inaugural for Life Sciences and Medicine for his contribution to modern cancer epidemiology. He was also awarded s by thirteen different universities.

He died on , , at the in after a short illness.

The Richard Doll Building was named in his honour and opened shortly before his death.It currently houses the
,
and
.A plaque inside the building contains the following quotation from Doll:

"Death in old age is inevitable, but death before old age is not. In previous centuries 70 years used to be regarded as humanity's allotted span of life, and only about one in five lived to such an age. Nowadays, however, for non-smokers in Western countries, the situation is reversed: only about one in five will die before 70, and the non-smoker death rates are still decreasing, offering the promise, at least in developed countries, of a world where death before 70 is uncommon. For this promise to be properly realised, ways must be found to limit the vast damage that is now being done by tobacco and to bring home, not only to the many millions of people in developed countries but also the far larger populations elsewhere, the extent to which those who continue to smoke are shortening their expectation of life by so doing."

After his death, controversy arose over some of his work because his papers, held at the Wellcome Foundation Library, showed that for many years he had received consultancy payments from chemical companies whose products he was to defend in court. These include US$1,500 per day consultancy fee from for a relationship which began in 1976 and continued until 2002. He also received fees from the Chemical Manufacturers Association, Dow Chemicals, and . Some donations, including a £50,000 gift from asbestos company Turner and Newall, were given in public ceremony to Green College Oxford where his wife was Warden, but most fees and payments remained undisclosed to the public, Oxford University and colleagues until his death. His defenders point out that his connections to industry were widely known by those in the field, that he did his work before formal disclosure of commercial interests became commonplace and that on occasion, he came to conclusions that were unpalatable to the companies who consulted him. His own view, as reported by Richard Peto, was that it was necessary to co-operate with companies for access to data which could prove their products to be dangerous. ["The Guardian" (Sarah Boseley) [http://www.guardian.co.uk/science/story/0,,1967386,00.html Renowned cancer scientist was paid by chemical firm for 20 years] 8 December 2006] [BBC [http://news.bbc.co.uk/1/hi/health/6220440.stm Industry 'paid top cancer expert'] 8 December 2006] [ "The Guardian" (Sarah Boseley) [http://www.guardian.co.uk/science/story/0,,1967377,00.html Expert revered for painstaking work that proved link between smoking and cancer] ]