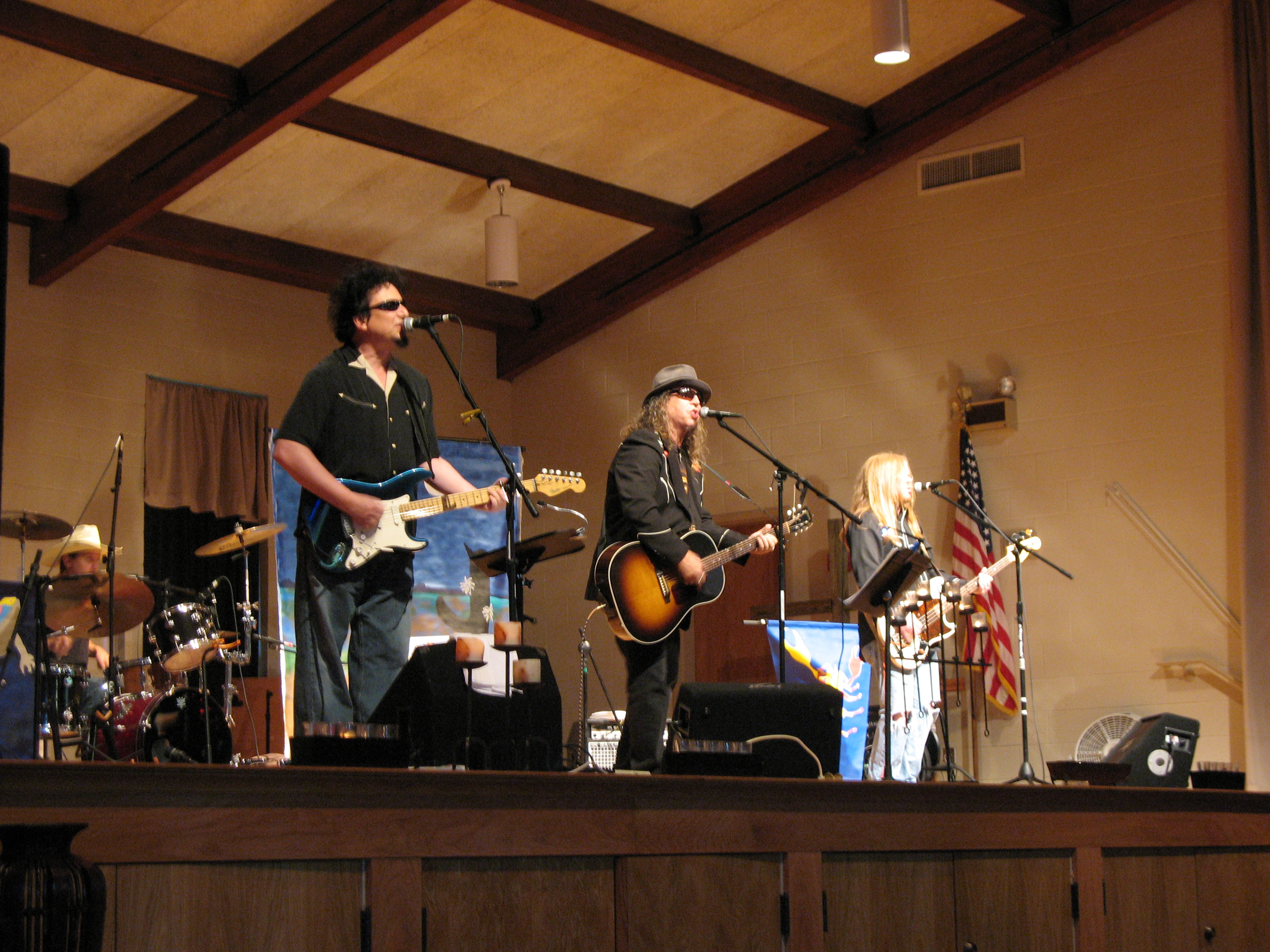 :"For the rarities compilation, see .

Lost Dogs have been called a supergroup, but they consider themselves to be a roots and group. They began in as a one-time collaboration between four very different vocalists and songwriters from four different bands at the behest of their label at that time. (, ), (), (), and () have over the last two decades released eight eclectic albums of traditional American music (country, folk, blues, rock) with a decidedly modern feel. The Lost Dogs' concert performances are filled with between-song jokes and one-liners between the band members (usually poking fun at each other).

Many Lost Dogs albums include at least one or two cover songs. Songs covered by Lost Dogs on an album or in concert include 's "Lord, Protect My Child" and "," 's "If It Be Your Will," ' "I'm A Loser," "," and 's "Hard Times, Come Again No More." They have also recorded a number of Traditional or Gospel standards such as "Dust On The Bible," and "Farther Along."

In March, 2000, shortly after the release of their "Gift Horse" album, Gene Eugene died in his sleep at , his recording studio in , .

saw the release of the band's first DVD, "Via Chicago", a black and white concert film released by . A followup DVD, "Via Chicago (All We Left Unsaid)", containing additional songs from the concert, was released in 2006. Also that year, the band performed a show in Chatsworth, California which featured surprise video tributes by , and .

Although the loss of Eugene is noticeable, the remaining three Lost Dogs members continue to tour and record new albums. In , the band got together with longtime friend to produce a special album for their summer tour. The result was entitled "MUTT", and included new acoustic versions of ten songs originally written and recorded for each band member's regular rock bands. The following year, the band would release one of their most unusual recordings to date, the almost entirely instrumental "".

The band's most recent project, "", was released July 2006. The band—including the newest official "dog," drummer —once again hit the road for a national tour in support of their new album.