Arch of the Sergii

Arch of the Sergii 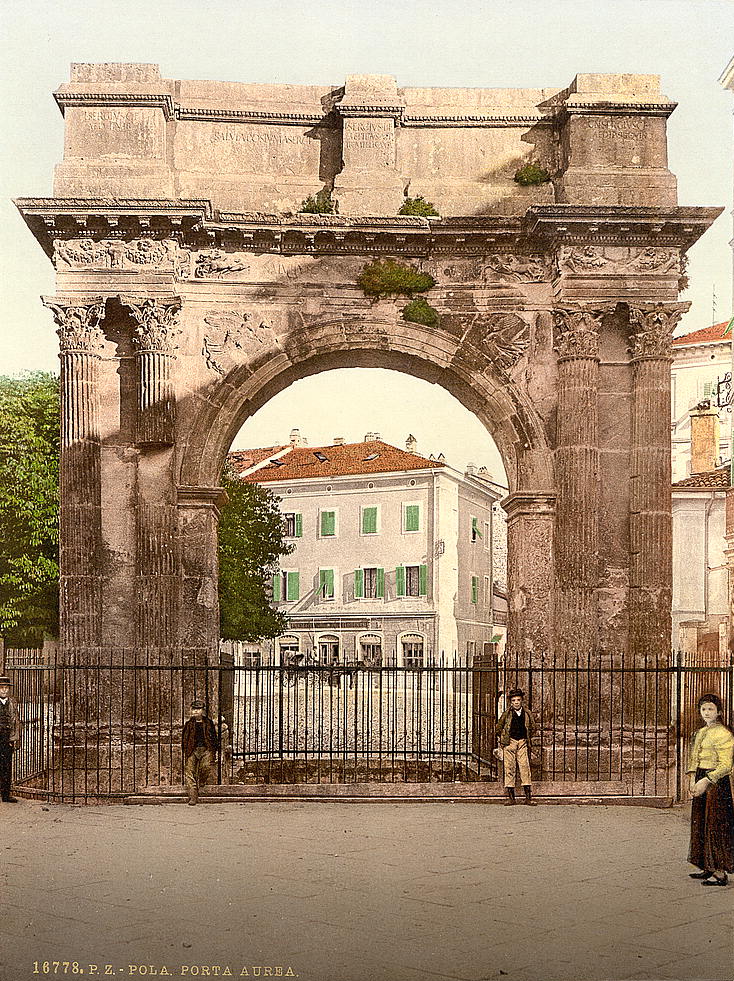 Arch of the Sergii is an located in Pula, . The arch commemorates three brothers of the Sergii family, specifically Lucius Sergius Lepidus, a serving in the twenty-ninth legion that participated in the and disbanded in . This suggests an approximate date of construction : 29-27 BC. The arch stood behind the original naval gate of the early . The Sergii were a powerful family of officials in the colony and retained their power for centuries.

The honorary , originally a city gate, was erected as a symbol of the victory at Actium. It was paid for by the wife of Lepidus, Salvia Postuma Sergia, sister of the three brothers. Both of their names are carved in the stone along with Lucius Sergius and Gaius Sergius, the honoree's father and uncle respectively. In its original form, of the two elders flanked Lepidus on both sides on the top of the arch. On either side of the inscription, a depicts s, s and bucrania

This small arch with pairs of crenelated columns and winged victories in the s, was built on the facade of a gate ("Porta Aurea") in the walls, so the part, visible from the town-side, was decorated. The decoration is late , with major oriental influences. The on the represents a scene with a war chariot drawn by horses.

This arch has attracted the attention of many artists, even .