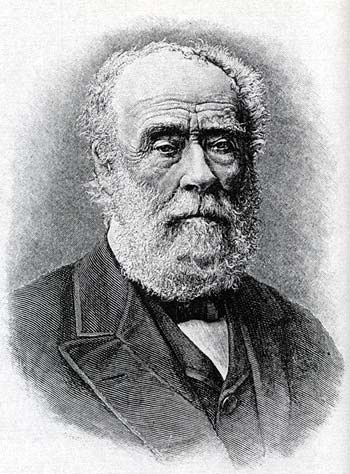 Whitworth was born in , the son of Charles Whitworth, a teacher (some sources say that he was a minister), and at a young age developed an interest in .

After leaving school Whitworth became an to an uncle who was a cotton spinner in . This was for a four year term after which he worked for another four years as a mechanic in a factory in . He then moved to where he found employment working for , the inventor of the screw-cutting , alongside such people has (inventor of the steam hammer) and Richard Roberts.

Whitworth developed great skill as a mechanic while working for Maudslay, developing various precision machine tools and also introducing a box casting scheme for the frames of machine tools that simultaneously increased their rigidity and reduced their weight.

Whitworth also worked for Holtzapffel & Co (makers of ornamental lathes) and . While at Clement's workshop he helped with the manufacture of 's calculating machine, the . He returned to , , in 1833 to start his own business manufacturing lathes and other machine tools, which became renowned for their high standard of workmanship. In 1850, architect Edward Walters was commissioned to build The Firs for Whitworth. This was a grand mansion at Manchester, which still stands today, functioning as .

His next innovation, in 1840, was a measuring technique called "end measurements" that used a precision flat plane and measuring screw, both of his own invention. The system, with a precision of one millionth of an , was demonstrated at the of 1851.

In 1841 Whitworth devised a standard for s with a fixed thread angle of 55° and having a standard pitch for a given diameter. This soon became the first nationally standardized system; its adoption by the companies, who until then had all used different screw threads, leading to its widespread acceptance. It later became a , "", abbreviated to BSW and governed by BS 84:1956.

Whitworth was commissioned by the War Department of the British government to design a replacement for the calibre .577-inch , whose shortcomings had been revealed during the recent . The Whitworth rifle had a smaller bore of 0.451 inch (11 mm) which was hexagonal, fired an elongated hexagonal bullet and had a faster rate of twist rifling [one turn in twenty inches] than the Enfield, and its performance during tests in 1859 was superior to the Enfield's in every way. The test was reported in "" on as a great success. However, the new bore design was found to be prone to fouling and it was four times as expensive to manufacture than the Enfield, so it was rejected by the British government, only to be adopted by the . An unspecified number of Whitworth rifles found their way to the Confederate states in the , where they were called "s".

Queen Victoria opened the first meeting of the British Rifle Association at Wimbledon, in 1860 by firing a Whitworth rifle from a fixed mechanical rest. The rifle scored a bull's eye at a range of 400 yards (366 m).

Whitworth also designed a large Rifled Breech Loading gun with a 2.75 inch (70 mm) bore, a 12 pound 11 ounce (5.75 kg) projectile and a range of about six miles (10 km). The spirally-grooved projectile was patented in 1855. This was also rejected by the British army, who preferred the guns from Armstrong, but was also used in the American Civil War.

While trying to increase the bursting strength of his gun barrels, Whitworth patented a process called "fluid-compressed steel" for casting under pressure, and built a new steel works near Manchester. Some of his castings were shown at the Great Exhibition in Paris ca. 1883.

Whitworth received many awards for the excellence of his designs, and was financially very successful. In 1850, then a Fellow of the and President of the , he built a house called in , south of Manchester. In 1854 he bought in , . In 1872 he moved there with his second wife.

A strong believer in the value of technical education, Whitworth backed the new Mechanics' Institute in Manchester, which was to become , and helped found the Manchester School of Design. In 1868, he founded a scholarship for the advancement of mechanical engineering. In recognition of his achievements and contributions to education in Manchester, the Whitworth Building of the 's Main Campus is named in his honour, as well as the University Halls of residence "Whitworth Park" and one of the main streets in Manchester's city centre, "Whitworth Street".

Whitworth died in , where he had travelled in the hope of improving his health. He was buried at the church of Darley (or ) St Helen in Derbyshire. A detailed obituary was published in the American magazine "" (Volume 19, Issue 6, June 1887). He directed his trustees to spend his fortune on philanthropic projects, which they still do to this day.