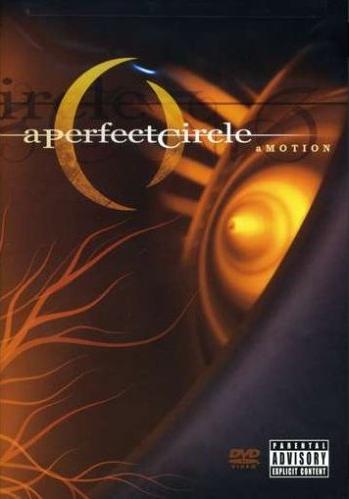 "aMotion" is a - set released by American rock band . It was released on , , only two weeks after the debut of the band's last album, "eMotive".

The DVD consists of music videos for singles such as "Judith", "" and "" as well as previously unreleased videos for singles such as "Blue" and "Thinking of You". The CD is composed entirely of remixes of the singles from "Mer de Noms" and "Thirteenth Step". The songs were retooled by , Joshua Eustis, , and among others. [cite web |last= Theakston |first= Rob |title= AMotion > Overview |publisher= allmusic.com |url= http://www.allmusic.com/cg/amg.dll?p=amg&sql=10:3bkxu3lsanxk |accessdate= 2008-08-26 ] [cite news|last=Conte |first=Patti |title=A Perfect Circle Cast Their Ballot With 'eMOTIVe' |date=2004-09-23 |publisher=Virgin Records ] The video album debuted at number four on 's Top Music Video chart