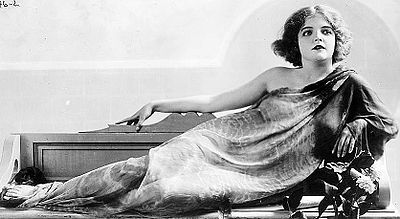 Dagmar Dahlgren was a dancer, singer and motion picture actress of the silent film era from Los Angeles, California. She had a brief career in motion pictures from 1920-1922.

Dahlgren was a dance pupil of Isadora Duncan. In 1920, Dahlgren became the eighth wife of Norman Selby, known in boxing as Kid McCoy. Dahlgren and McCoy lived together for only three days. In 1924, McCoy was charged with first degree murder for the killing of Teresa Mora, a wealthy woman who was found dead with a picture of McCoy in her hand. McCoy, who received a package of jewelry from Mora prior to her death, contended Mora committed suicide. Dahlgren disputed one of McCoy's alibis during his trial for murder in Los Angeles. She denied to her attorney that she had seen him in the two years prior to Mora's death. A jury sentenced McCoy on a compromise verdict of manslaughter.[1]

Dahlgren was married at least three more times. In chronological order she wed actor Victor Rodman (1892–1965), her vaudeville partner Alek Kipper, and Berkeley, California dance teacher Herbert S. Calvert. She married Calvert in May 1935 after accusing him of trying to smother her with a pillow in April of the same year.