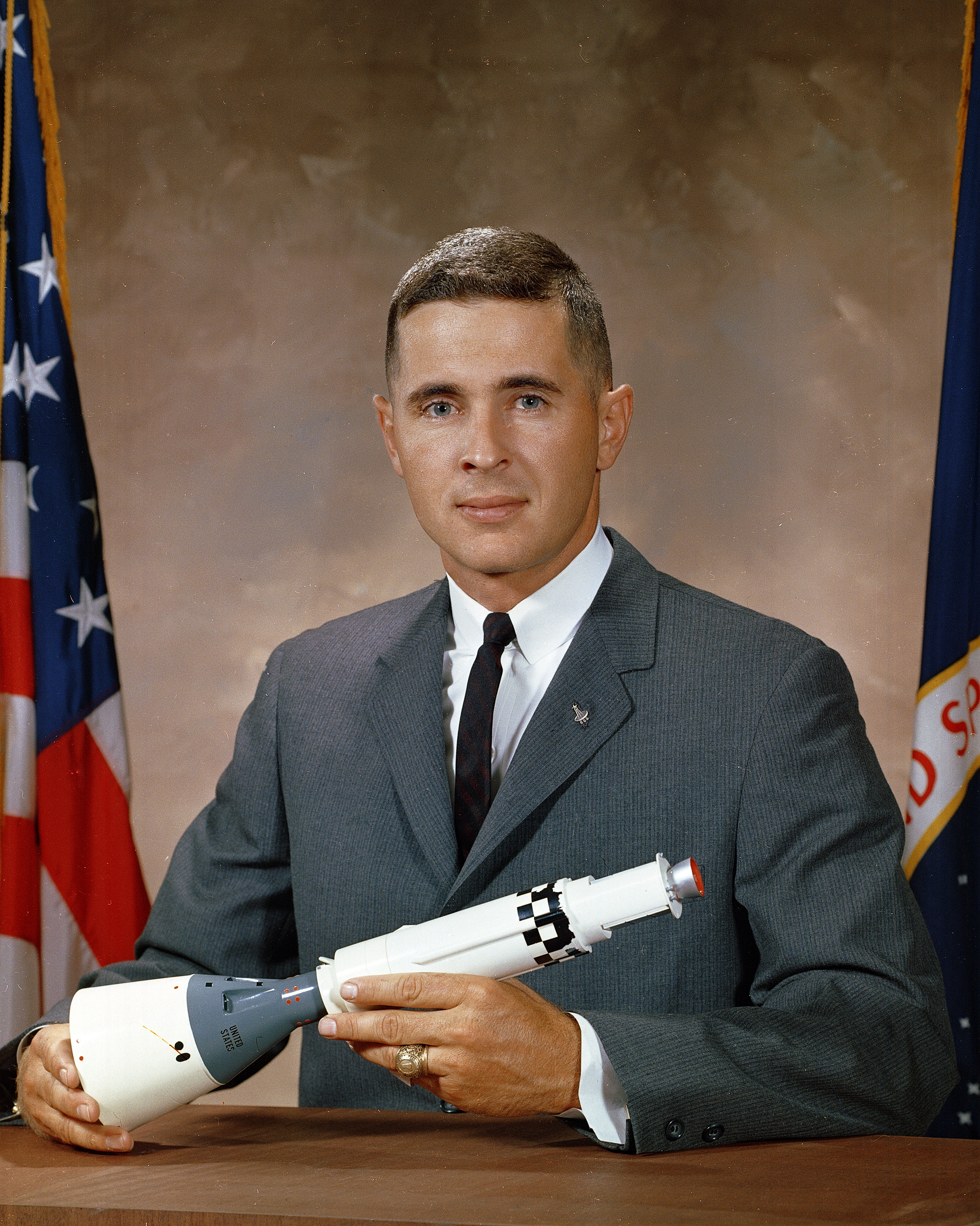 William Alison Anders (born , ) is a former officer and . He is, along with crewmates and , the first person to have left Earth orbit and traveled to the Moon (of only 24 men to date).

Anders was born to Arthur Anders and Muriel Adams Anders in and was active in the where he achieved its second highest rank, Life Scout. Anders attended St. Martin's Academy and in . He was born and raised Roman Catholic.

After graduating from Annapolis, Anders took his commission in the U.S. Air Force and served as a fighter pilot in all-weather interceptor squadrons of the . He later was responsible for technical management of nuclear power reactor shielding and radiation effects programs while at the Air Force Weapons Laboratory in .

He has logged more than 6,000 hours of flight time.

His famous quote "We came all this way to explore the moon, and the most important thing is that we discovered the Earth" and the first pictures taken of the earth from the moon, inspired environmentalists everywhere.

From 1969 to 1973, he served as for the National Aeronautics and Space Council, which was responsible to the president, vice president and Cabinet-level members of the Council for developing policy options concerning research, development, operations and planning of aeronautical and space systems.

On , , Anders was appointed to the five-member Atomic Energy Commission, where he was lead commissioner for nuclear and non-nuclear power R&D. He was also named as US chairman of the joint US/USSR technology exchange program for fission and fusion power.

Following the reorganization of national nuclear regulatory and developmental activities on , Anders was named by President Ford to become the first chairman of the newly established , which is responsible for and environmental compatibility. At the completion of his term as NRC Chairman, Anders was appointed to and held that position until 1977, when he left the federal government after 26 years.

Anders briefly served as a fellow of the , then joined in September 1977. As vice president and general manager of GE's Nuclear Products Division in , he was responsible for the manufacture of nuclear fuel, reactor internal equipment, and control and instrumentation for GE boiling-water reactors at facilities located in San Jose and . He also oversaw GE's partnership with for making large steel pressure vessels in . In August 1979, Anders was sent to attend Harvard Business School's Advanced Management Program. On the first day of 1980, Anders was appointed general manager of the . Headquartered in , the division included more than 8,500 employees in five locations in the northeastern U.S. Its products included aircraft flight and weapon control systems, cockpit instruments, aircraft electrical generating systems, airborne radars and data processing systems, electronic countermeasures, space command systems, and aircraft/surface multi-barrel armament systems.

In 1984, he left GE to join as for aerospace, and two years later became senior executive vice president for operations.

He was also a consultant to the and was a member of the and the . He is a retired in the .

; Anders serves as its president and is an active participant in its air shows.

The Anders crater on the was named in his honor.

Anders was portrayed by in the 1998 miniseries "From the Earth to the Moon".

A family-approved account of Anders' life and career appears in the 2007 book" In the Shadow of the Moon ."

He has four sons and two daughters.