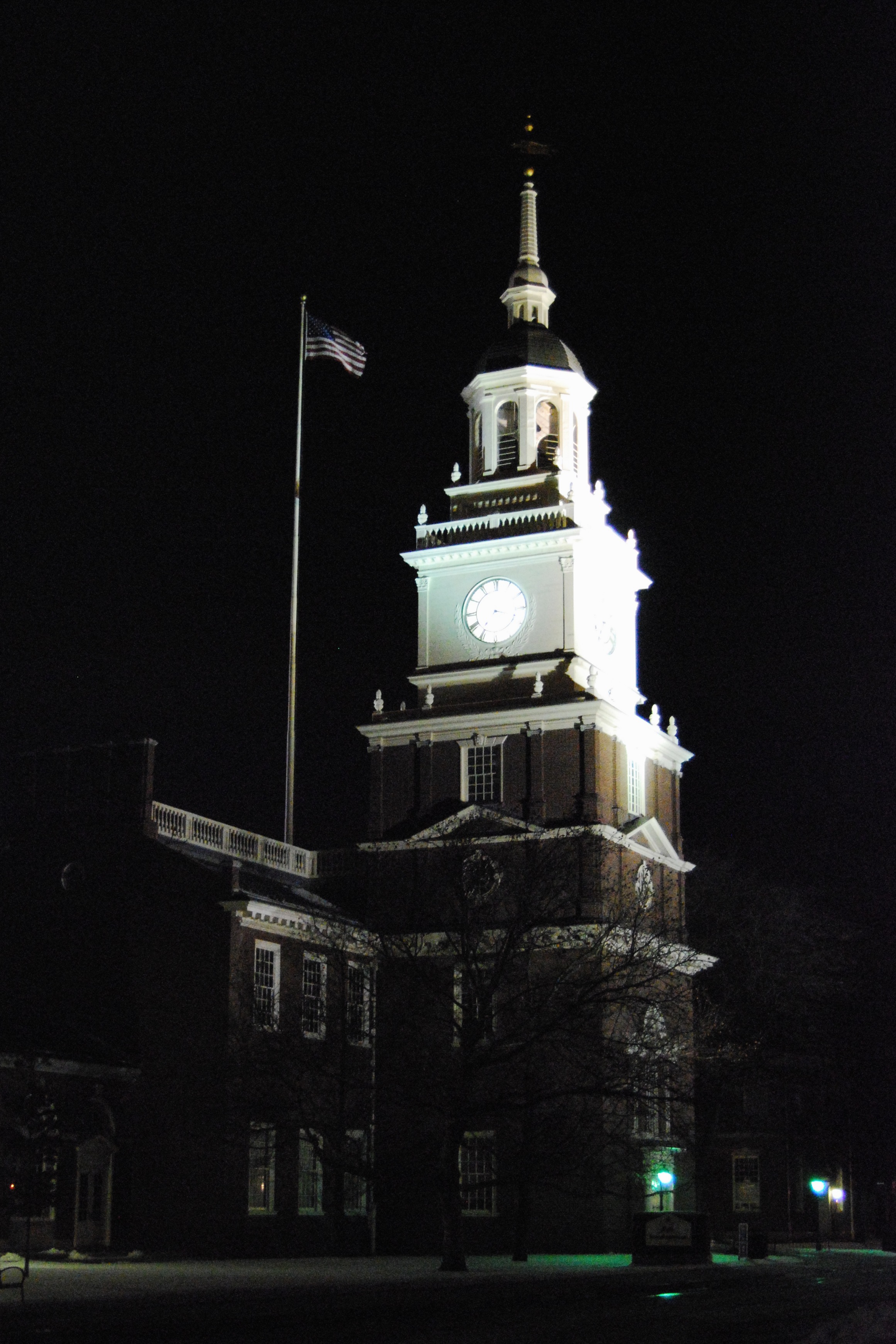 The Henry Ford, a , (also known as the Henry Ford Museum and Greenfield Village, and more formally as the Edison Institute), in the suburb of Dearborn, , USA, is the nation's "largest indoor-outdoor history " complex. [America's Story, Explore the States: Michigan (2006). [http://www.americaslibrary.gov/cgi-bin/page.cgi/es/mi/ford_1 Henry Ford Museum and Greenfield Village] "Library of Congress" ] [State of Michigan: MI Kids (2006). [http://www.michigan.gov/mikids/0,1607,7-163-15858_20583---,00.html Henry Ford Museum and Greenfield Village] ] Named for its founder, the noted , and based on his desire to preserve items of historical significance and portray the , the property houses a vast array of famous homes, machinery, exhibits, and . The collection contains many rare exhibits including 's presidential limousine, 's chair from , 's laboratory, the ' bicycle shop, and the bus.

Henry Ford said of his museum:

The Edison Institute was dedicated by President to Ford's longtime friend on , &ndash; the 50th anniversary of the of the . Of the 260 people in attendance, some of the more famous were Marie Curie, , , , and . The dedication was carried on radio with listeners encouraged to turn off their electric lights until the switch was flipped at the Museum.

Michigan native and former governor formally announced his candidacy for the Presidency of the United States at The Henry Ford on , .

Henry Ford Museum began as Henry Ford's personal collection of historic objects, which he began collecting as far back as 1906. Today, the 12 acre (49,000 m²) site is primarily a collection of antique machinery, items, s, s, , and other items:
*The museum features an IMAX Theater, which shows scientific, natural, or historical documentaries; as well as major feature films.
*A model of the nuclear-powered .
*An .
*The 1961 that President was riding in when he was assassinated.
*The rocking chair from in which President was sitting when he was shot.
*'s camp bed.
*A ten-person safety bicycle made in 1896
*A [ [http://www.hfmgv.org/exhibits/pic/1999/99.feb.html Pic of the Month ] ] of several fine 17th and 18th century violins including a .
*'s alleged last breath in a sealed tube.
*'s prototype .
*The bus on which refused to give up her seat, leading to the . [ [http://www.hfmgv.org/exhibits/rosaparks/faq.asp Rosa Parks Bus FAQ] .]
*'s prototype .
* airplane that flew the first flight over the .
*'s record-breaking race car clocking in at over 212 MPH at Talledega in 1987.
* The Newcomen type engine from in England

Greenfield Village is considered the largest outdoor museum in America. Patrons enter at the gate, passing by the "Josephine Ford Memorial Fountain" and "Benson Ford Research Center". Nearly one hundred historical buildings were moved to the property from their original locations and arranged in a "village" setting. The museum's intent is to show how Americans lived and worked since the founding of the country. The Village includes buildings from the 17th century to the present, many of which are staffed by costumed interpreters who conduct period tasks like farming, sewing and cooking. A collection of buildings such as pottery, glass-blowing, and tin shops provide demonstrations while producing materials used in the Village and for sale. Greenfield Village has 240 acres (970,000 m²) of land of which only 90 acres (360,000 m²) are used for the attraction, the rest being forest, river and extra pasture for the sheep and horses.

The transportation system provides rides by horse-drawn omnibus, , a 1931 Model AA bus (one of about 15 left known to exist), and authentic s. s in operation include the Torch Lake, an 1873 0-6-4 which is one of the oldest operating steam locomotives in the U.S., and the Edison, a Baldwin .

Some of the most notable homes and buildings include:
*'s home.
*the ' bicycle shop and home from
*'s Menlo Park laboratory from
*'s birthplace
*Henry Ford's prototype garage where he built the quadricycle
* family farm
*the courthouse where practiced law
*'s birthplace
*'s office

Each year the Village celebrates the Memorial Day weekend with its Civil War Remembrance. This event features several hundred Civil War Reenactors who are invited to camp in the Village over the weekend. Attractions include infantry, cavalry, and artillery demonstrations, as well as a reenactor's ball, and special memorial events to commemorate the sacrifices of United States Military Veterans.

Motor Muster is one of two car shows that takes place annually in Greenfield Village. Motor Muster is traditionally held on weekend. This event currently features cars built from 1934–1977, and features between 500-700 cars. Special attractions include car judging, pass in review.

For four nights around the Fourth of July, the performs a patriotic concert on Walnut Grove in the Village. Attendance ranges from 5000–9500 per evening.

This event was innaugurated in 2007 and is slated to return in 2008. The Street Fair features several live performers along with recorded music from the era (ca. 1900-1917). Dancing lessons are provided free of charge at this event.

Features cars from 1890–1933 and is the event from which Motor Muster was spun off. Old Car Festival has been held on the first weekend after since 1955. This event features 500-700 cars. Special events include car judging, pass in review, gaslight tour (Saturday night only), and car races on Walnut Grove.

During the summer, there is a daytime Discovery Camp for children in grades 2-8. Children participate in apprenticeships, canoeing and depending on their age.

The Ford Rouge Factory Tour is a first-hand journey behind the scenes of a modern, working automobile factory. Boarding buses at the Henry Ford Museum, visitors are taken to the and &ndash; an industrial complex where Ford has built cars since the Model A and which once employed 100,000 people. [Ann Brigham, “Behind-the-Scenes Space: Promoting Production in a Landscape of Consumption,” pp. 207-223 in The Themed Space: Locating Culture, Nation, and Self, ed. Scott A. Lukas (Lanham, MD, Lexington Books, 2007), ISBN 0739121421]