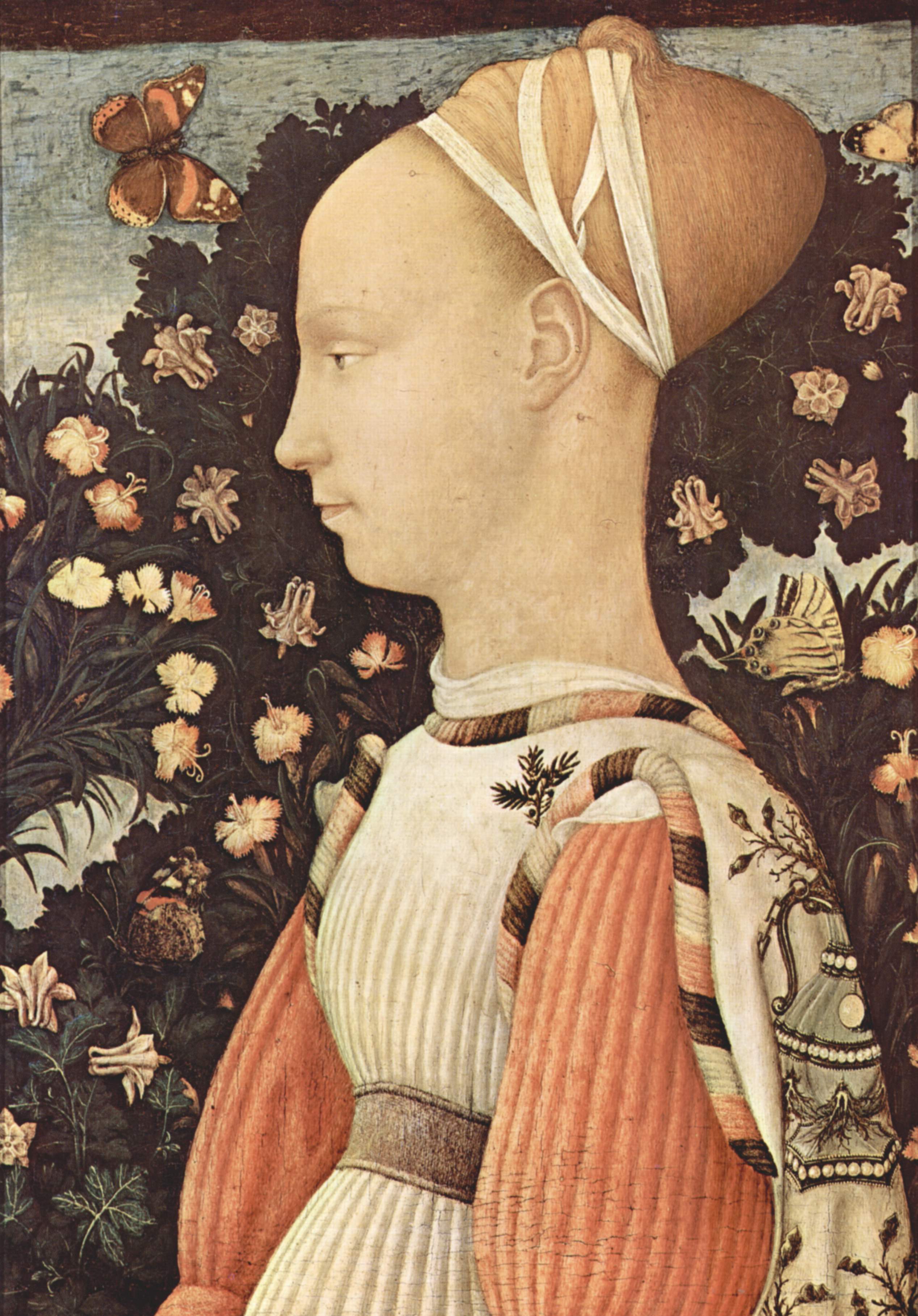 "Portrait of Princess" is a on attributed to the Italian Late-Gothic master . It was probably executed between 1435 and 1449 and is also known as "Portrait of a Princess of the ". It is attributed to Pisanello on stylistic grounds and because he stayed in in the period, where he also finished a and a celebrative of Marquis .

The princess is shown in profile against a background of numerous butterflies and columbine flowers.

The subject of the picture has been identified as (a clue being the presence of the , "ginepro" in Italian), although at one time it was thought she could be Margherita Gonzaga, wife of Leonello d'Este. In fact, the flowers in the background do not contain reference to Gonzaga symbols, while a vase, symbol of the Este, is present. Ginevra d'Este married the condottiero and lord of Rimini , but was killed by him when he discovered her infidelities. The presence of the (symbol of marriage but also of death), has led to the hypothesis that the painting was executed by Pisanello after her death, in the .

The near the princess' brow is a symbol of the soul.