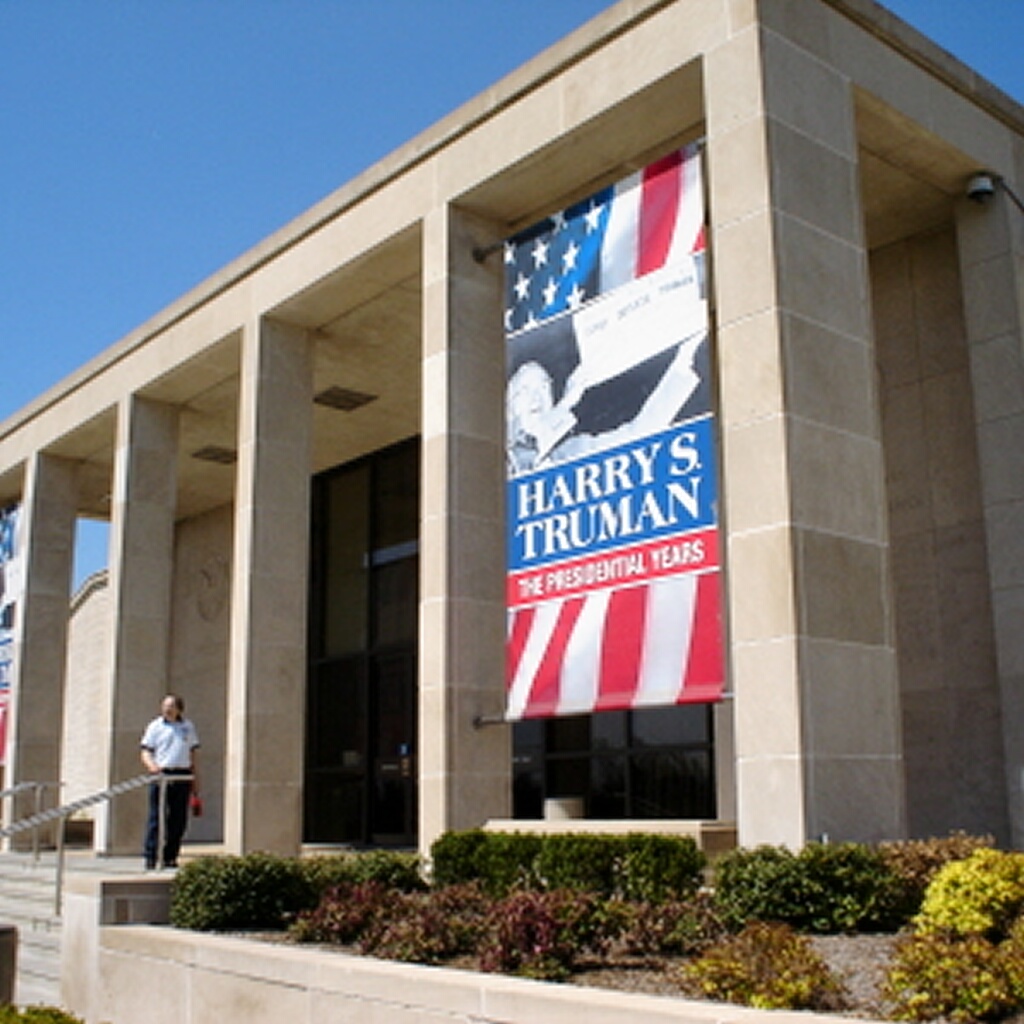 caption =
location = Independence, ,
construction_start_date =
completion_date =
dedication_date =July 1957
named_for =
number_of_exhibits =
architect =
size =
cost_amount =
manager =The Harry S. Truman Presidential Museum and Library is a and dedicated to preserve the papers, books, and other historical materials relating to former President . It is located on a small facing in , Truman's hometown.

It was the first to be created under the provisions of the 1955 Presidential Libraries Act and is administered by the . It was dedicated in July 1957 in a ceremony which included the Masonic Rites of Dedication; those attending included , , , and .

The president and his wife, , are buried in the courtyard of the Library. Their daughter, , was on the board of directors, and upon her death in January 2008, Margaret Truman's ashes and those of her late husband, (who died in 2000), were interred there as well.

The museum includes an introductory film tribute to President Truman, which leads to the two floors of exhibits, including photos, film clips, news clippings, and memorabilia, covering Truman's life and career.

* [http://www.trumanlibrary.org/ Official website]
* [http://www.archive.org/details/1957-07-08_Dedication Newsreel clip of dedication of Truman Library] , from the
* [http://www.nps.gov/history/NR/twhp/wwwlps/lessons/103truman/103truman.htm "Harry Truman and Independence, Missouri: "This is Where I Belong"," a National Park Service Teaching with Historic Places (TwHP) lesson plan]