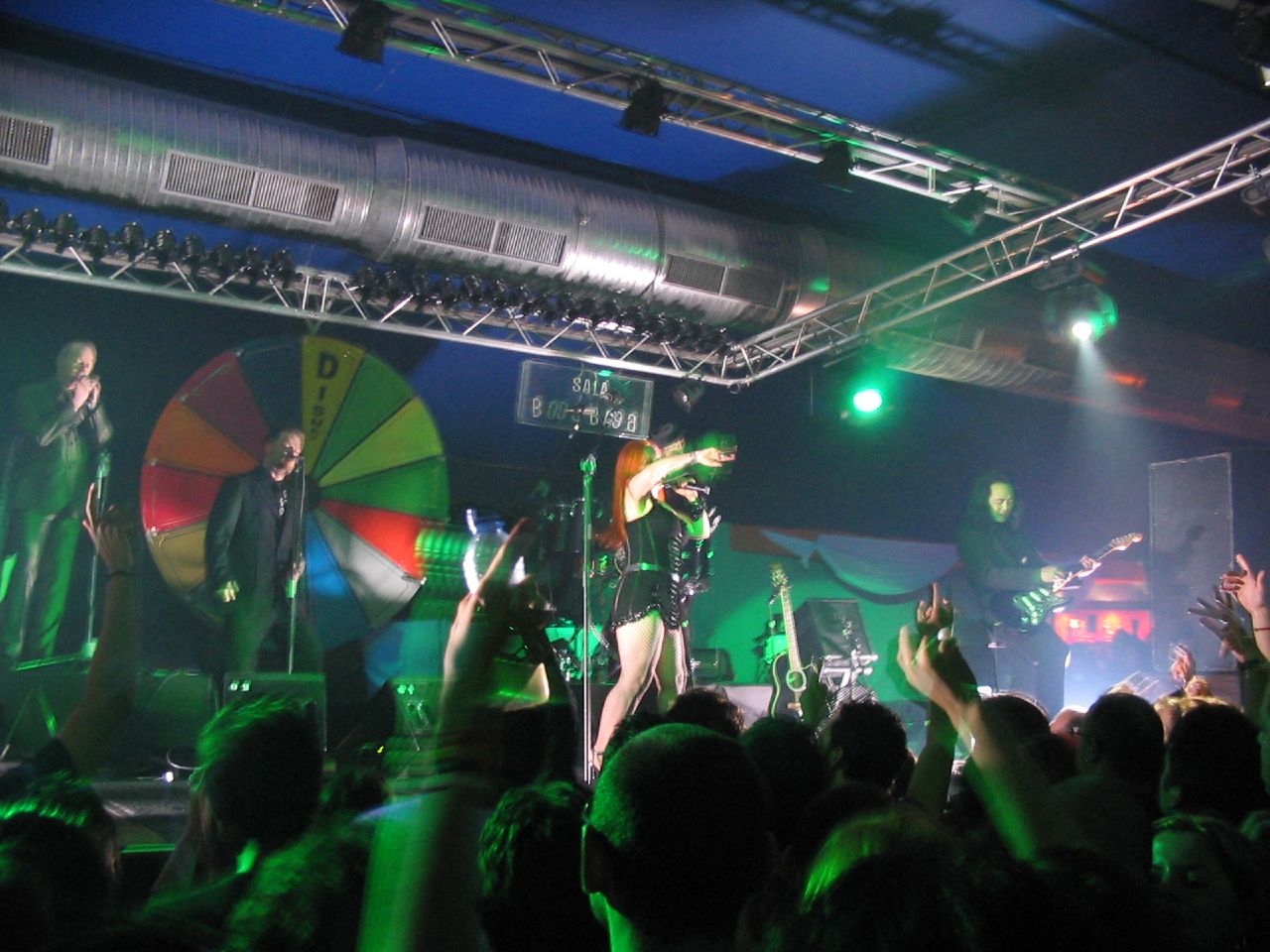 Fangoria is an band, the brainchild of Alaska and .

In Alaska, along with and formed the band Alaska y los Pegamoides. Later, in , they changed the name to . In left, and the band transformed once again, this time adopting the name of the American horror film magazine "Fangoria" — they had already made clear their fascination with US z-movies with songs like "Mi novio es un Zombi" ("My Boyfriend Is A Zombie") and "La rebelión de los electrodomésticos" ("The household appliance rebellion"). With each name change, the band has been driving away from punk and embracing electronic pop, although strong guitars are normally present in their performances.

Since the birth of Fangoria in 1990, Alaska and Nacho Canut have recorded and launched several albums, always under the patterns of dance-pop electronica. Fangoria have always admitted their influences, which sometimes are clearly reflected in their own songs: , , , Madonna or Pulp are some of their favourite artistsFact|date=June 2008. Today Fangoria remains as one of the most respected and acclaimed pop acts of Spanish musical panoramaFact|date=June 2008.

Some of their best-known songs from their vast catalogue are "Salvame", "En mi prison", "En la Disneylandia del Amor", "No se que me das", "Eternamente inocente", "Electricistas", "Retorciendo palabras" or "Miro la vida pasar". Moreover, "Hombres" and "Me odio cuando miento" were featured in 2004 movie . Usually, their lyrics talk about sadness, loneliness, jealousy and desire: these tragic contents usually contrast with the music, which normally is up-tempo, disco-oriented, although they have recorded great downtempo songs too. Some of their singles have been remixed by Marc Almond (ex Soft Cell) and Vive La Fete.