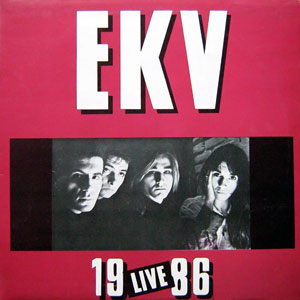 
"EKV 19LIVE!86" is the first by the Serbian rock band , released in . The album marks EKV's rising popularity, which followed after the commercial success of their third album "S vetrom uz lice". It was recorded on , at one of the five sold out performances in the famous "Kulušić" club.

(music by except where noted, arrangements by , lyrics by )