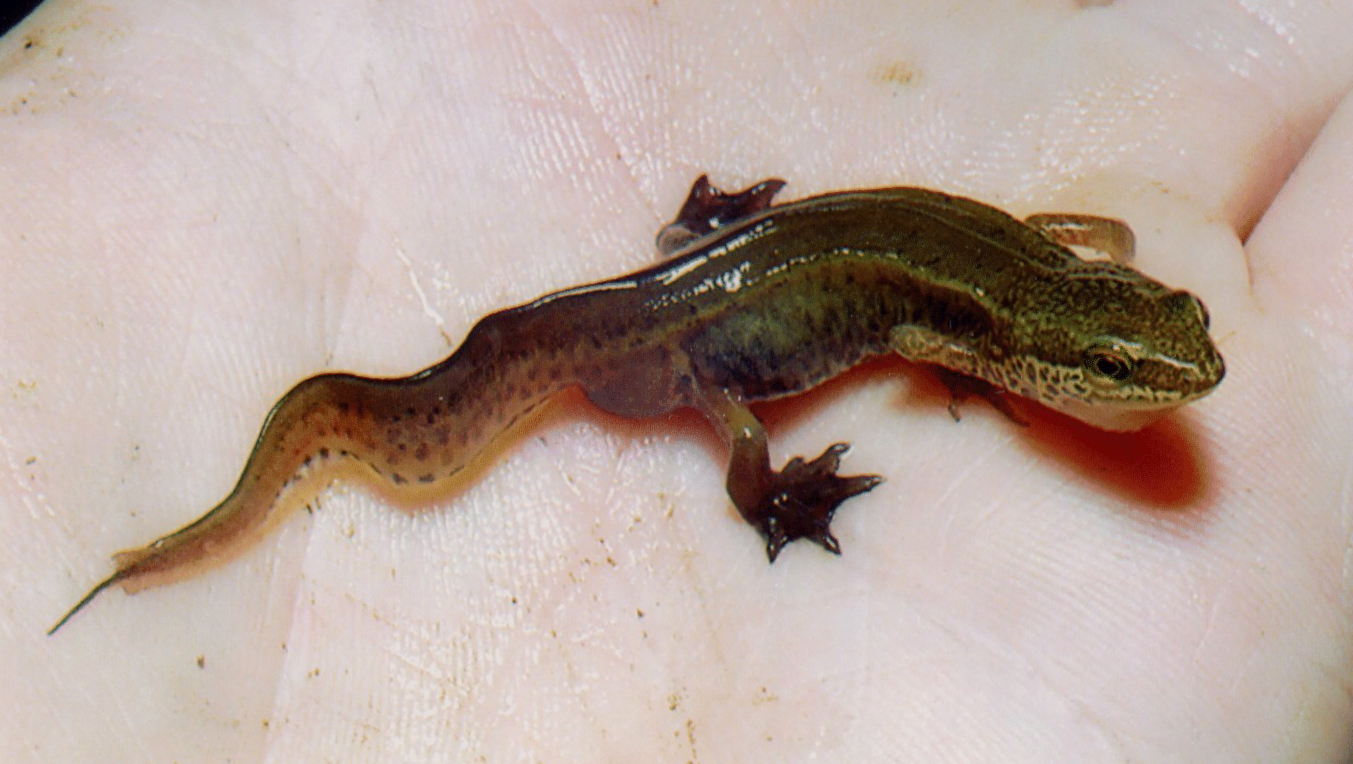 The Palmate Newt ("Lissotriton helveticus") is a species of found in parts of , Western and Northern . It can be found in ponds, lakes, canals, marshes, forests, pasture or agricultural land, sometimes in acid pools on upland or coastal areas. It spends the breeding season (February to May) in water laying 100 to 300 eggs which hatch into larvae in about 2 to 3 weeks and then metamorphose after a further 6 - 9 weeks. In colder areas the larvae often over-winter in the water and then metamorphose the next year. They become sexually mature in the second year, but is also known to occur in this species. Adults hibernate on land under logs and stones between November and March, or more rarely in water.The base color of both sexes is olive-green or brown; males and some females have a dark spotting on the back. Sometimes confused with the , the palmate does not have the spotted throat of the smooth newt, but both sexes have a yellow or pale orange belly that can show some spotting. Males have webbed hind feet and a low, smooth crest along the back that continues into a slightly higher crest on the tail ending in a thread like tip during the breeding season of April - May. The crest and filament become less obvious and may disappear at other times when they become terrestrial. Males also have marked dorsolateral ridges, giving them a rather square cross-section. Females grow to 10cm (4in) and males to 8.5cm (3.3in). During the breeding season they are active during the day as well as night, but outside this period activity is restricted to rainy or humid nights.

They feed on s, small s, ic animals, and also tadpoles. They are also known to display tendencies and they can live for up to 10 years. It is an and is protected by law in all countries where it occurs, but is thought to be extremely rare to endangered in the , and and vulnerable in , but common elsewhere.