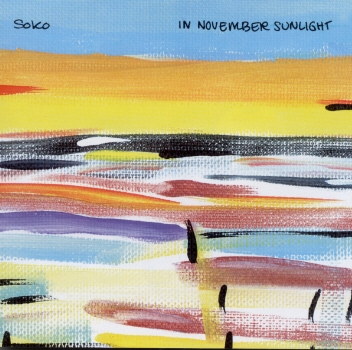 "In November Sunlight" is the debut album by the band , released on December 17, 1996. This is the first and only album featuring John Gilmore as a member of the band, who left the band after the album, turning Soko into a duet, although did perform as a guest on the following album. Seven of the nine tracks on the album feature guest musicians, and three of the four guests are associated with the —, , and . The fourth guest, percussionist Darrell Rose, created the album's artwork. [cite web | url=http://www.sokoband.com/recordings/ | title=Recordings | publisher=Soko | accessdate=2006-10-27] The entire album is instrumental with the exception of the end of "Jiriki," which features vocals by Dave Matthews.