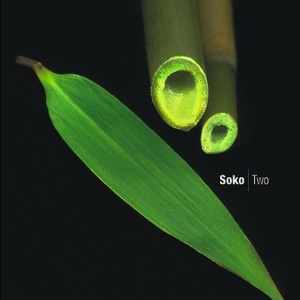 "Two" is the second album by duo , released in 2005, almost ten years after their debut album, "", released in 1996. Soko was formerly a trio up until, drummer John Gilmore, who appeared on the first album, later left the band, however does appear as a guest on this album. In addition to Gilmore, ten other artists appear as guests on this album, including ist . The album was recorded in the 's Haunted Hollow Studio, and features several tracks which were performed live by Soko throughout the 1990s, as well as several new studio songs, and a cover of ' "Rain." The songs "Plant the Sky," "Joy of Love," and "Rain" were edited and released as singles for radio play.