It's Not Over (Karen Clark Sheard album)

It's Not Over (Karen Clark Sheard album)

Infobox Album
Name = It's Not Over
Type =
Longtype =
Artist = 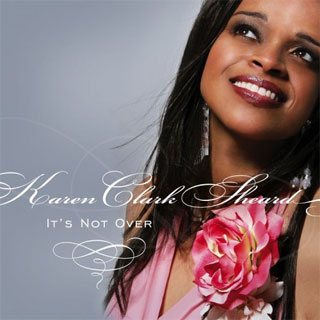 " It's Not Over " is an album by multiple - and Stellar- award winning gospel singer , released on , . The album peaked at #4 on the Top Gospel Charts and #124 on the Billboard Top 200. [cite web|url=http://allmusic.com/cg/amg.dll?p=amg&sql=11:5j27gjvrj6iv~T5|title=Charts & Awards for Karen Clark Sheard|publisher=All Music Guide] This is Karen Clark Sheard's debut as a solo artist for, but not her first foray with the label, as she was signed to Word as a member of the Clark Sisters two decades prior to the album's release. [cite web|url=http://www.christianitytoday.com/music/reviews/2006/itsnotover.html|title=It's Not Over (Review)|author=Taylor, LaTonya|publisher=Christianity Today|date=January 2006] Former gospel artist Desmond Pringle was instrumental in signing Sheard to the label. [cite web|url=http://www.gospelflava.com/reviews/karenclarksheardnotover.html|title=Karen Clark Sheard: It's Not Over (Review)|author=Steven Jones|publisher=GospelFlava.com] This is the first Sheard album that does not include any guest appearances at all, not even from daughter who has appeared on all of Clark-Sheard's previous solo albums to date. Her son J. Drew Sheard does, however, take a production turn on "A Living Testimony."