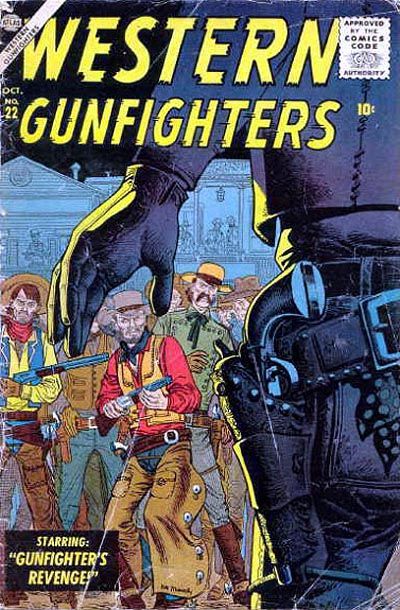 "Western Gunfighters" is the name of two American Western omnibus series published by .

The first series, in the 1950s, was published by Atlas Comics, the precursor to Marvel. The series replaced the "Apache Kid" comic, beginning its numbering at #20, where "Apache Kid" had left off. wrote many of the stories, with contributions from and . Artists included , , , and .

The second was a 1970s series notable for introducing the second and third versions of the (also known as the Western Ghost Rider) in issue #7 (Jan. 1972). The first issue of this series introduced the character and the short-lived feature "Renegades" — "" times four, in the Old West. The second series also featured reprints from other Marvel westerns of the 1950s. Artwork for the new stories was provided primarily by