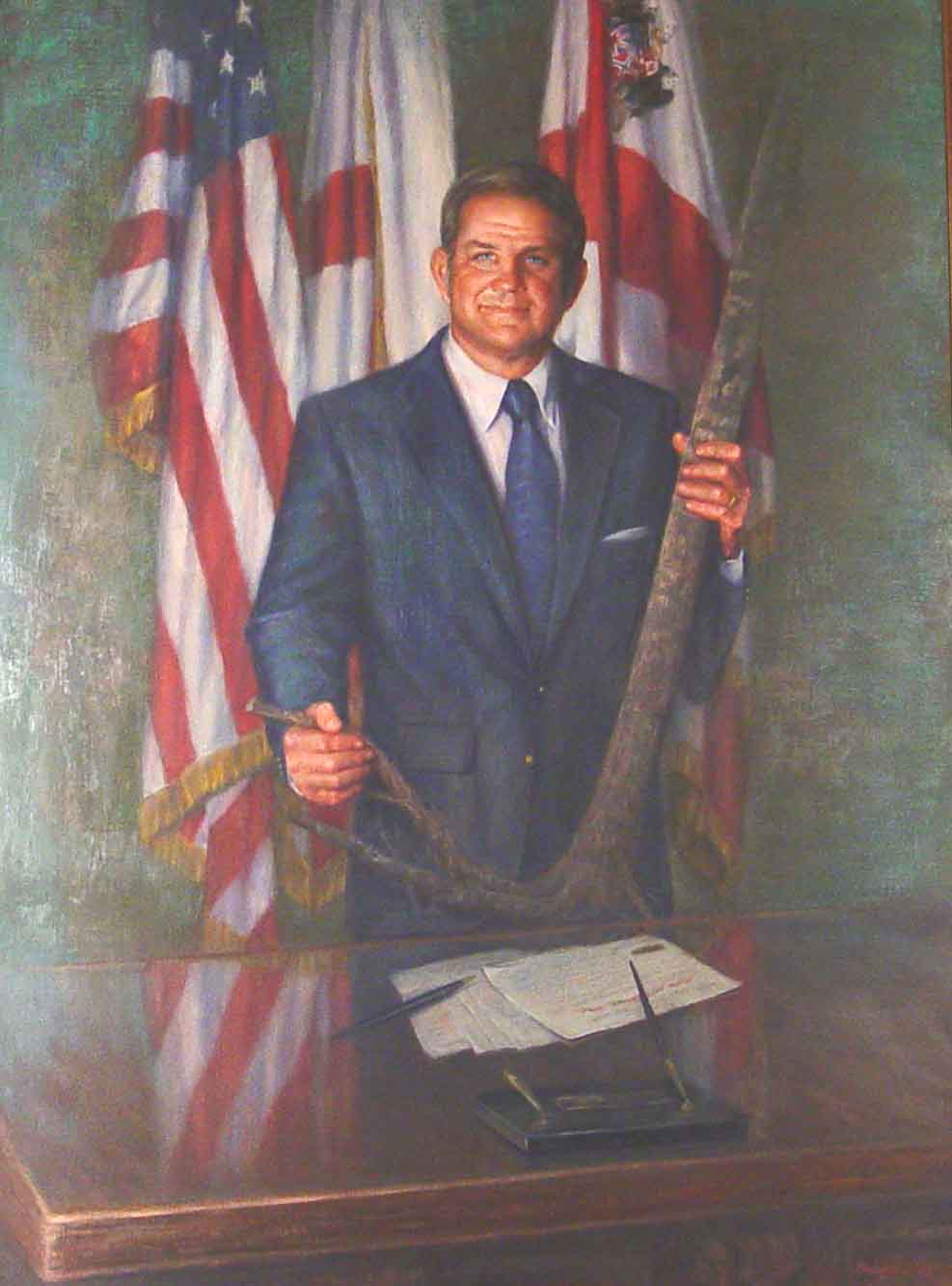 James was a four-year (1952-1955) and n halfback for the football team. He roomed with former head coach and and received a degree in 1957. Prior to entering politics, he played professional football in as a member of the during the 1956 season and worked as a until 1963, when he founded Diversified Products Inc., a manufacturer of fitness equipment, most notably the plastic-disc barbells filled with "Orbatron," which DP invented. He served as CEO of DP until it was bought by The Liggett Group in 1977.

During his 1978 campaign for Governor, James campaigned as a "born-again Democrat". James had left the Democratic Party in the early 1970s and campaigned for but he had returned to the party before the election. His main opponent questioned James' party loyalty during the campaign. He won, and in 1982, declared that he would not run for a second term in 1982. James ran for Governor again 1986 and 1990, finishing third in the Democratic party primary both times.

During his first term as Governor, James caused controversy by passing a law allowing for teachers to lead willing students in prayer. The law was declared unconstitutional in May 1983.

In the context of the of 1994, James ran for Governor again in 1994 as a Republican, narrowly defeating Democratic Governor . As Governor James again developed a reputation of a religious conservative who vigorously supported , prayer in schools, and display of the Ten Commandments in an Alabama courtroom. Despite winning a support from the national religious right leaders James was a controversial politician in Alabama.Fact|date=September 2008

At a 1995 Alabama State Board of Education meeting, James criticized the theory of evolution in textbooks by imitating a "slump-shouldered ape turning into an upright human" [ [http://www.cnn.com/ALLPOLITICS/1998/07/01/alabama.elex/ Fob James Wins GOP Primary Runoff For Alabama Governor - July 1, 1998 ] ] . He supported the adoption of a textbook warning sticker that stated, among other things, that "No one was present when life first appeared on earth. Therefore, any statement about life's origins should be considered as theory, not fact." [ [http://www.alscience.org/disclaimer.html#1996 Alabama Citizens for Science Education ] ] James went on to say, "If one wanted to understand something about the origin of human life, that, uh, you might ought to look at Genesis and you can get the whole story. Period." [ - television documentary]

During his second term James, who firmly supported the

James again only served for one term. After a difficult Republican primary, when he faced a strong opposition of Winton Blount (a fellow conservative, who sharply criticized influence), resulting in runoff, he was defeated by in 1998.