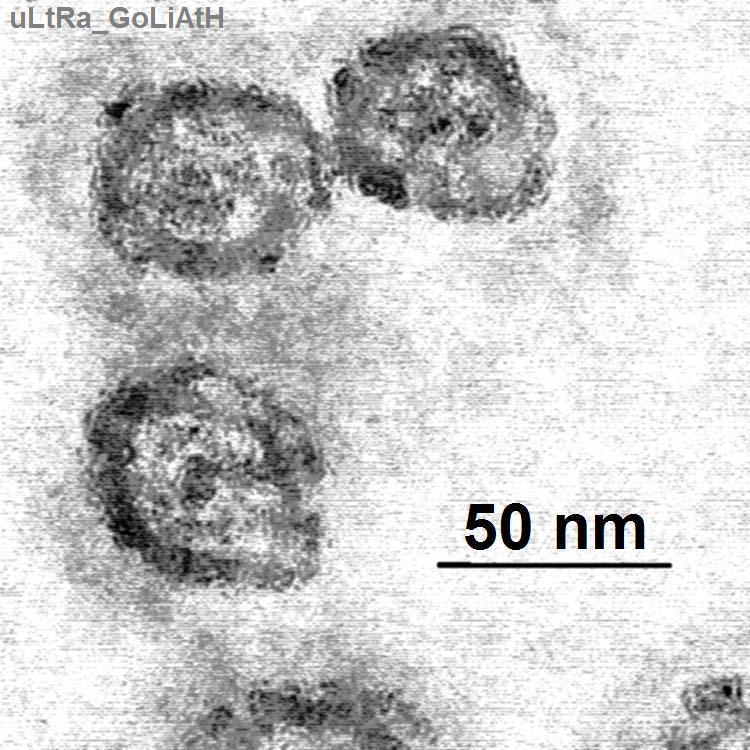 Hepatitis C virus (HCV) is a small (50 nm in size), enveloped, positive sense single strand virus in the family "". Although , , and Hepatitis C virus have similar names (because they all cause inflammation), these are distinctly different viruses both genetically and clinically.

The structure of the hepatitis C virus consists of a core of genetic material (RNA), surrounded by an icosahedral protective shell of , and further encased in a lipid (fatty) envelope of cellular origin. Two viral envelope s, E1 and E2, are embedded in the lipid envelope.

Hepatitis C virus has a positive sense that consists of a single of 9600 bases.

Replication of HCV involves several steps. The viruses need a certain environment to be able to replicate, and must therefore first move to such areas.

HCV has a high rate of replication with approximately one trillion particles produced each day in an infected individual. Due to lack of proofreading by the HCV RNA polymerase, HCV also has an exceptionally high mutation rate, a factor that may help it elude the host's immune response.

HCV mainly replicates within s in the liver, although there is controversial evidence for replication in s or s. By mechanisms of , the viruses reach these proper locations. Circulating HCV particles bind to receptors on the surfaces of hepatocytes and subsequently enter the cells. Two putative HCV receptors are and human (SR-BI). However, these receptors are found throughout the body. The identification of hepatocyte-specific cofactors that determine observed HCV liver are currently under investigation.

Once inside the hepatocyte, HCV initiates the . It utilizes the intracellular machinery necessary to accomplish its own replication.

Based on genetic differences between HCV isolates, the hepatitis C virus species is classified into six (1-6) with several subtypes within each genotype (represented by letters). Subtypes are further broken down into quasispecies based on their genetic diversity. The preponderance and distribution of HCV genotypes varies globally. For example, in , genotype 1a predominates followed by 1b, 2a, 2b, and 3a. In , genotype 1b is predominant followed by 2a, 2b, 2c, and 3a. Genotypes 4 and 5 are found almost exclusively in . Genotype is clinically important in determining potential response to -based therapy and the required duration of such therapy. Genotypes 1 and 4 are less responsive to -based treatment than are the other genotypes (2, 3, 5 and 6).

Infection with one genotype does not confer immunity against others, and concurrent infection with two strains is possible. In most of these cases, one of the strains removes the other from the host in a short time [cite journal | author = Laskus T, Wang LF, Radkowski M, Vargas H, Nowicki M, Wilkinson J, Rakela J. | title = Exposure of hepatitis C virus (HCV) RNA-positive recipients to HCV RNA-positive blood donors results in rapid predominance of a single donor strain and exclusion and/or suppression of the recipient strain | journal = | volume = | issue = | pages = | year = | pmid = 11160710 | doi = ] . This finding opens the door to replace strains non-responsive to medication with others easier to treat.

Unlike hepatitis A and B, there is currently no to prevent hepatitis C infection.

In a 2006 study, 60 patients received four different doses of an experimental hepatitis C vaccine. All the patients produced that the researchers believe could protect them from the virus.

In 2007 the launched a project where, by computer modeling of the Hepatitis C Virus (and related viruses), thousands of small molecules are screened for their potential anti-viral properties in fighting the Hepatitis C Virus. This is the first project to seek out medicines to attack the virus directly once a person is infected. This is a distributed process project similar to where the general public downloads the World Community Grid agent and the program (along with thousands of other users) screens thousands of molecules while their computer would be otherwise idle. If the user needs to use the computer the program sleeps. There are several different projects running, including a similar one screening for anti-AIDS drugs. The project covering the Hepatitis C Virus is called "Discovering Dengue Drugs – Together." ( virus and HCV belong to the same familly, together with West Nile and viruses [http://www.utmb.edu/discoveringdenguedrugs%2Dtogether/] ). The software and information about the project can be found at the World Community Grid web site. [http://www.worldcommunitygrid.org]

Current research is focused in virus' protease inhibitors, with drugs such as Telaprevir. Barriers to the study of HCV include that fact that HCV has a very narrow host range. Hence the only animal model viable for HCV study is the . The use of replicons has been very successful as well but has only been recently discovered. Finally, HCV, as with most all viruses, exists as a , making it very difficult to isolate a single strain or receptor type for study. [Manns MP, Foster GR, Rockstroh JK, Zeuzem S, Zoulim F, Houghton M. "The way forward in HCV treatment - finding the right path." Nat Rev Drug Discov. 2007 Dec;6(12):991-1000.]