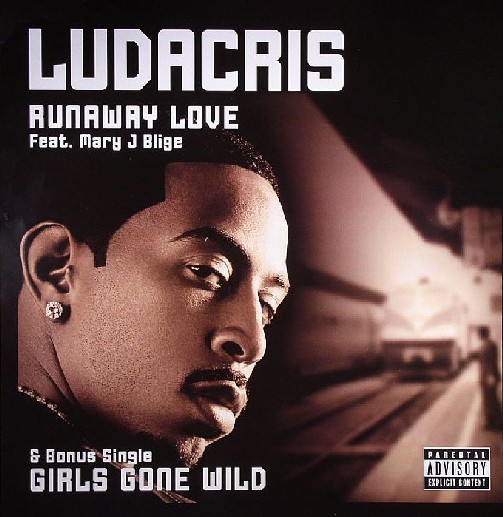 "Runaway Love" is the third single released from ' fifth , "" (). The song, which features on the vocals, was produced by and reached #2 on the singles chart. The song was the first single from "Release Therapy" in the UK and was released as a with "Girls Gone Wild" included. The song was performed at the 2007 Grammy Awards show by Ludacris, Mary J. Blige and Earth, Wind & Fire. A remix of the song is available by featuring .

Each one of the three verses of a fictional account telling the troubles in the lives of three runaway female s; a nine-year-old named Lisa, a ten-year-old named Nicole, and an eleven-year-old named Erica each ending up running away to escape each of her own problems. There is a very short, commonly used sample of saying "Like this" in the beginning and at approximately 1:07 in the song. At the end of the song Ludacris informes women that he feels like running away himself some times.

The 1st account involves Lisa, a nine-year-old girl. She has never met her real father. Lisa's mother is addicted to drugs. She brings home men at different hours of the night, and they always end up in a fight. Then, the men come and Lisa rooms an try to have their way. When she tries to resist, they just beat her. So she run's away.

The second plot involves Nicole, a lonely ten-year-old girl. Nicole believes she is not beautiful and thinks nobody likes her, and wonders why this is so. Her is an and physically abuses her. Nicole's schoolteachers constantly ask her why she has s (which are by her stepfather), and she lies to them. Nicole promises her best (and only) friend, Stacy, that they'll be close forever. However, one day, Stacy dies in a and then she is left to live alone.

The final tale involves Erica, (played by ) an eleven-year-old girl who is using ecstasy. She is also, with guilt, having sex with her sixteen-year-old boyfriend. As things go deeper, Erica starts to believe she is truly in love with her boyfriend, and so her boyfriend uses no protection. After Erica becomes , her boyfriend 'bails out' on her, because he feels he is not ready to have a child. In addition, her family is poor, so Erica has no money for an . Erica knows that if she tells her mom she is pregnant, her mom will be very angry and disappointed with her. In the video, it is shown that as Erica looks through a window, she imagines her mom beating her. She is seen crying on a park bench while Mary J. Blige sings next to her. Erica feels like there is no other place to call home.

The for "Runaway Love" was directed by Jessy Terrero. It premiered first on the on , , on . A day later it premiered on , on BET's "" as a "New Joint". The video, which is also divided in three situations, follows a storyline faithfully based on the song. Mary J. Blige is featured in all of the three situations as a pedestrian that passes by the runaway girls. Actors , , and (who played Erica) also have small cameos in the video. Featured in the background are orange posters for the , a serving runaway and homeless youth and their families. The hotline for the National Runaway Switchboard is also displayed on several of the "missing child" posters that are shown in the music video. This promotional effort highlights the partnership between The Ludacris Foundation and the National Runaway Switchboard to promote November as National Runaway Prevention Month and to increase awareness of issues related to runaway adolescents [ [http://www.theludacrisfoundation.org/runawaylove.php The Ludacris Foundation - Runaway Love Campaign ] ] [ [http://www.1800runaway.org/news_events/lud.html Ludacris promotes National Runaway Switchboard ] ] .

"Runaway Love" has received positive reviews by the majority of music and pop culture critics. Reviews note that in this work Ludacris has covered a more sensitive subject than he previously has.

*Several s have removed or obscured several parts of the song, including the parts in which Erica is using ecstasy and considering an , and the boyfriend of Lisa's mother going into her bedroom to rape her.