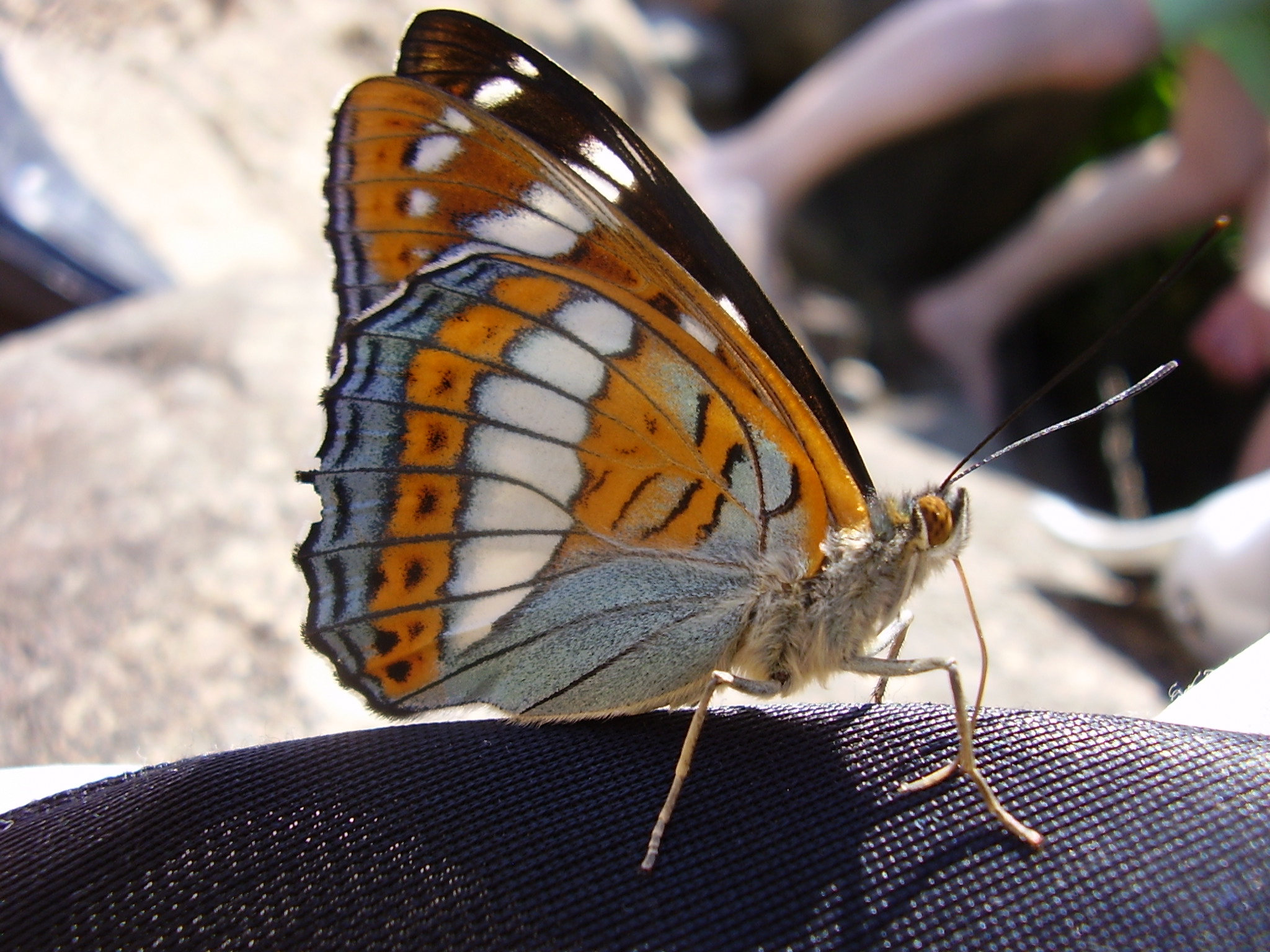 The Poplar Admiral ("Limenitis populi") is a in the heliconiine clade of the family.

The large, seldom-seen Poplar Admiral is one of the biggest butterflies in Germany. It is found in open deciduous forests, where (‘’Populus tremula’’) or (‘’Populus nigra’’) trees grow. This is because the caterpillar only eats the leaves of these species of tree. They avoid large open spaces. In Switzerland they are mostly found in riparian zones. The males are easier to find. The females are rarer, because they tend to stay in the tops of the trees and seldom venture to the ground.

Poplar Admirals have a wingspan that reaches 35 to 44 millimeters. There is not much of a difference in size between genders. The females can reach a wingspan of up to 44 millimeters and have distinct broad white lines over their back wings. On the males the lines are narrower and fainter, and sometimes are not there at all. The upper surface is brown with white spots. The white stripe is surrounded by orange and blue borders. The underside is orange.

They are attracted to foul smells, such as those given off by carrion or dung. The butterflies use their to draw important minerals from the sap of trees, from the ground or also from sweat. They do not visit flowers.

The butterflies feed on aspens, and occasionally also black poplars in warm, wind-free locations. It is there that they lay their green eggs on the top side of the leaves at a height of 0.5 to 3m.

After about two weeks the caterpillars emerge and leave behind on the chewed up leaves their characteristic eating pattern. In August the caterpillars, which are still quite small, make a from a leaf that they cut out and roll up. They spend the winter in this cocoon and then emerge from it before the leaves come out in the spring.

The green caterpillar has black and brown shades. Its head is reddish brown, and its sides are black. First it eats the leaf buds, then the new leaves. Pupation takes place in June in a leaf that is lightly spun together.

As a general rule migration takes place at some point between June and the end of July, although some have been known to leave as early as May.

The rare Poplar Admiral is a protected species. The species is endangered primarily due to the clearing of forests containing the trees that they must feed on to survive.