symbol_type = Emblem of the Napoleonic Consulate 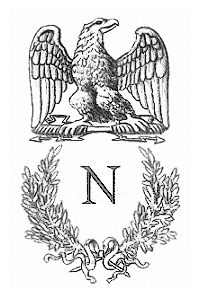 The First Republic in , officially the French Republic ( _fr. République française) was proclaimed on 21 September 1792, during the . On that day was formally deposed, ending the . This presaged a new era of government in Europe.

The Republic officially lasted until the establishment of the in 1804. Its leaders included , who served as from 1799 to 1804, when he ended the republic by declaring himself Napoleon I.