Nemesis Breaker is the name of a from the various . 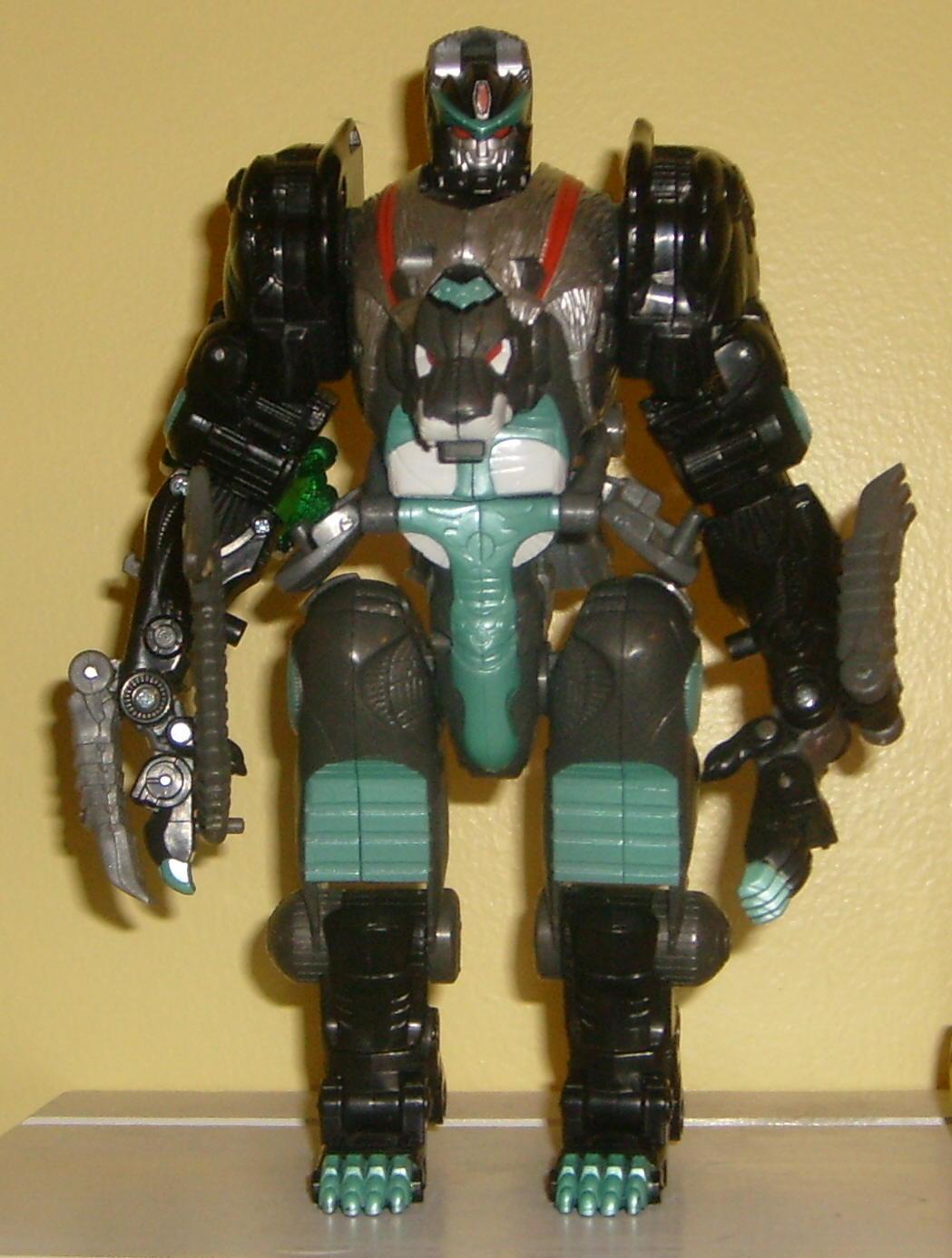 caption =
affiliation =Decepticon
subgroup =Transmetal
Voyagers
rank =6 (Hasbro)
7 (Takara)
function =
partner =
motto ="Dark union – I will claw at the light with my nails of darkness!"
alternatemodes =Giant Transmetal Lion ()
series =
voiceby =Nemesis Breaker (Dark Ligerjack) - An evil doppelganger of Leobreaker who was born from Leobreaker's doubts and the dark power contained in Megatron's Unicron Armor. Nemesis Breaker can combine with Megatron into Dark Claw Mode (Liger Megatron), in opposition to Optimus's Savage Claw Mode. He is more beast than Transformer, and only speaks through growls and roars. Ultimately, he was destroyed by Metroplex, returning him to the darkness from whence he came. [ [http://www.seibertron.com/database/character.php?char_id=3265 Nemesis Breaker (Decepticon Mega Beasts, Transformers: Cybertron) ] ]

Nemesis Breaker is a in the portion of the .

*Nemesis Breaker (2006): A recolor of in the typical-to-evil-clones scheme of black and dark gray with turquoise trim, Nemesis Breaker transforms into a robotic lion with electronic sounds. Plugging a into each of his forelegs/forearms flips down a pair of claws. His tail comes off of his lion mode to become a sword in robot mode, though said to be a whip, Leo Breaker's was always solid, so think of how beast wars tails worked as swords. He can also form something resembling a clawed arm that can be attached to the "Cybertron" Leader-Class and molds. He comes with a silver-bordered style Cyber Key; the version has the [http://www.tfwiki.info/wiki/Cyber_Key_Codes Cyber Planet Keycode] "v6f5" (However, it should be noted that in order for this key code to function, it must be entered in ALL CAPS (i.e., V6F5)).: The version of the toy was released first, as a Toys 'R' Us . (It was originally solicited as a normal retail release with the ID number "GD-14", but supposedly, low sales of "Galaxy Force" forced several larger show-toys into being exclusives.) The Hasbro version was released at normal retail, and had numerous small paint application changes, most notably the Decepticon-sigil "tattoo" being on his right shoulder, rather than left.:One should note that the U.S. toy only character of was in a similar, yet more colorful and less black, color scheme to Nemesis Breaker. The fact that he was the Decepticon cousin and same mold as Overhaul is in interesting coincidence