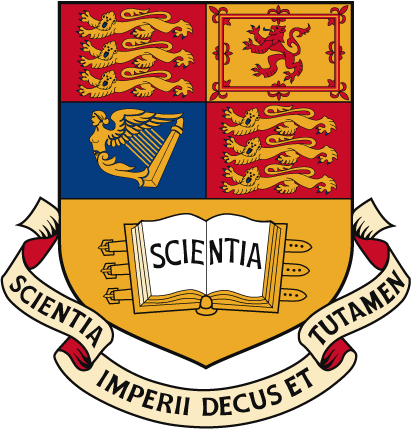 Imperial College London (officially The Imperial College of Science, Technology and Medicine as given in its Royal Charter) is a British university in which was placed 6th overall in the world in the 2008 of universities world-wide.

It is one of only three universities to have reached second place in any of the major British newspaper league rankings when Imperial College beat Oxford University in The Times 1999 and 2000 tables to finish second. (see 'Academic Reputation'). Teaching and research focus on , , and , although more recently faculties in these areas have been complemented by the and a department.

Imperial's main campus is located in in , on the boundary between the and the , with its front entrance on . Formerly a constituent college of the , Imperial became independent of the university on , the 100th anniversary of its founding. [ [http://www.london.ac.uk/653.html University of London: Imperial College Leaves University of London ] ]

Imperial College was founded in 1907, with the merger of the City and Guilds College, the and the (all of which had been founded between 1845 and 1878) with these entities continuing to exist as "constituent colleges". The College was granted a by in July 1907 and was integrated into the University of London.

Also in 2000, Imperial merged with , the University of London's agricultural college in Wye, Kent. It has been claimed that the merger might have been motivated by Imperial's interest in acquiring land owned by Wye College, rather than for academic reasons; Wye College accepted the merger because it was in financial difficulties. In December 2005, the college announced a science park programme at the Wye campus; [ [http://www.imperial.ac.uk/P7130.htm Imperial College London - New GBP1 billion world-class scientific research centre and facilities planned for Kent ] ] however, this was abandoned in September 2006 following local environmental complaints that this programme would have a negative impact on the surrounding countryside. will now be run by the from September 2007 in association with Imperial College London and , graduates will receive a degree from the and an Imperial Associateship of Wye College. [ [http://www.kent.ac.uk/studying/where/wye/ Wye college - Locations - University of Kent ] ]

In 1995, Imperial launched its own academic publishing house, , in partnership with .

In 2002, the constituent colleges were abolished in favour of a new faculty structure. A merger with was proposed in October that year, but was called off a month later after protests from staff over fear of redundancies. [http://education.guardian.co.uk/universitymergers/story/0,12544,842591,00.html]

Imperial College's activity is centred on its campus, situated in an area with a high concentration of cultural and academic institutions known as the ; the , the , the , the , the and the are all nearby. Imperial College has two other major campuses — at (near Ascot in ) and at Wye (near Ashford in ). The Imperial College NHS Trust runs multiple hospitals throughout and various medic lectures are conducted within these hospitals, including St. Mary's Hospital, , Northwick Park & St. Mark's Hospital and . The expansion of the South Kensington campus in the 1960s absorbed the site of the former Imperial Institute, designed by Thomas Collcutt, of which only the convert|287|foot|m high Queen's Tower remains among the more modern buildings. [ [http://www.british-history.ac.uk/report.aspx?compid=47529 Imperial Institute] , ": volume 38: South Kensington Museums Area" (1975), pp. 220-227] [ [http://www.british-history.ac.uk/report.aspx?compid=47532 Imperial College] , ": volume 38: South Kensington Museums Area" (1975), pp. 233-247.]

Imperial College London is one of the most selective universities in the world. [ [http://www.usatoday.com/news/education/2006-11-02-collegerates_x.htm USAToday Compiled Acceptance Rates] ] From 1999 to 2006 (dates of all the online available records), the overall acceptance rate of Imperial College programs has been consistently below 20%, [http://www3.imperial.ac.uk/planning/statistics/collegestatistics] and in 2006, the acceptance rate of the college for undergraduates was 17.5%.

Imperial offers both and education, with its research and teaching organised into three faculties, each headed by a principal: , and . In addition to the three faculties, a exists as well as a department. However, the humanities department's main purpose is to provide elective subjects and language courses outside the field of science for students in the other faculties and departments. Students are encouraged to take these classes either for credit or in their own time. Courses exist in a wide range of topics including philosophy; ethics in science and technology; history; modern literature and drama; art in the twentieth century; film studies. Language courses are available in French, German, Italian, Japanese, Russian, Spanish, Arabic, Dutch, Mandarin Chinese and Urdu. The humanities department also runs a full-time course in scientific translation.

For the 2005-06 academic year, Imperial College had a total full-time student body of more than 11,000. This comprised roughly 8,000 undergraduate students and 3,400 postgraduates. In addition there were over 900 part-time students, all postgraduates. 27% of students come from outside the .

Imperial's male:female ratio for undergraduate students is uneven at approximately 65:35 overall and 10:1 in some engineering courses.

Imperial's research income is among the largest in the UK – £204.8 million for 2005/06. [http://www3.imperial.ac.uk/portal/pls/portallive/docs/1/7319726.PDF] This includes grants, grants from charities and a larger sum from industry than any other British university. It also received the highest amount of total research income out of all the UK universities in 2003, at £153 million.

In the December 2001 , 75 per cent of staff achieved a 5* rating, the highest proportion in any UK university. The College was second in the country with an overall score of 6.68 out of 7.

Imperial College has a dedicated company known as . Imperial actively encourages its staff to commercialise its research and as a result has given rise to a proportionally large number of companies based on academic research.

Recent tables show that, despite being purely science-based, it is maintaining its high league table position, whilst topping most of the engineering and medicine tables. Imperial remains the only university other than Oxford and Cambridge, to have held one of the top two positions in a major British university league table, coming second to Cambridge in The Times 1999 and 2000 tables, pushing Oxford to third place.

The Department of Computing (DoC) was rated best in the UK, surpassing University of Cambridge Computer Laboratory for the first time in 2007, for Computer Science and IT in the Guardian University Guide (since it is assessed by the Guide under the 'Engineering: electronic and electrical' subject category due it being part of the Faculty of Engineering). [ [http://browse.guardian.co.uk/education?SearchBySubject=false&FirstRow=0&SortOrderDirection=&SortOrderColumn=GuardianTeachingScore&Subject=Computer+sciences+and+IT&Tariff=6# Guardian Unlimited: Education] ] . placed the Computing department 4th in world rankings for Computer Science. In 2004, 2006 and 2007 student(s) from the DoC were awarded the SET Student of the Year award. [ [http://www.doc.ic.ac.uk/about/news/set1.htm Computing - Imperial College London ] ] [ [http://www3.imperial.ac.uk/computing/set-award Computing - Imperial College London] ]

The majority of halls offer self-catered single or twin accommodation with some rooms having en suite facilities. Study bedrooms are provided with basic furniture and with access to shared kitchens and bathrooms. Most of them are considered among the newest student halls at London universities.

Most students in college or university accommodation are first-year undergraduates, since they are granted a room once they have selected Imperial College as their firm offer at . The majority of older students and postgraduates find accommodation in the private sector, help for which is provided by the College private housing office.

The is run by five full-time sabbatical officers which are elected from the student body for a tenure of one year, as well as many permanent members of staff. The Union is given a large subvention by the College, much of which is spent on maintaining the various clubs and societies.

The , which was formed from the merger of " Medical School" and "Charing Cross & Westminster Medical School", looks after the social, academic and welfare needs of the 2000 medical students within the faculty.

(or ICRadio) was founded in November 1975 with the intention of broadcasting to the student halls of residence from a studio under Southside, actually commencing broadcasts in late 1976. It now broadcasts from the West Basement of Beit Quad over the internet www.icradio.com [ [http://www.icradio.com/ Imperial College Radio, London, UK ] ] and, since 2004, on 1134AM in Wye. The radio station has a library of over 51,000 tracks, which are searchable on their website.

(Student Television of Imperial College) is Imperial College Union's TV station, founded in the early 1970s. In 2006 it was named Best Broadcaster at and also won awards for Best On-Screen Male and Best On-Screen Female. It now broadcasts from studios in the specially built media centre in the Student Union to the Junior Common Room and occasionally DaVinci's Bar. Programmes are also available to watch on their website. [ [http://www.stoictv.com/ stoic tv]

There is also a non-student Imperial College organisation called Media Services, whose main activity is producing videos of College events.

Published weekly, "Felix" is the free student newspaper of Imperial College London. It aims to be independent of both the College itself and also the Student Union. The editor is elected annually from the student body; the editorship is a full-time, sabbatical position. There is also a non-student Imperial College newspaper called "Reporter", and "" distributes on campus.

Live! [ [http://live.cgcu.net/ Live! - The award-winning student news website of Imperial College ] ] is an online student news source and forum run by the . Live! also enables readers to view published articles from , the monthly newspaper of , the student society in the department of Civil and Environmental Engineering.Content on Live! is text-based , with one or more photographs per article to illustrate the event. At the start of 2007 the ability to display videos was added, increasing the breadth of its . Co-operation with 's student television station, stoic tv has led to the introduction of politically-focused video content on the site by syndicating weekly news bulletins and the "Ask the President" show.Live! was also named the best student website in the 2007 .