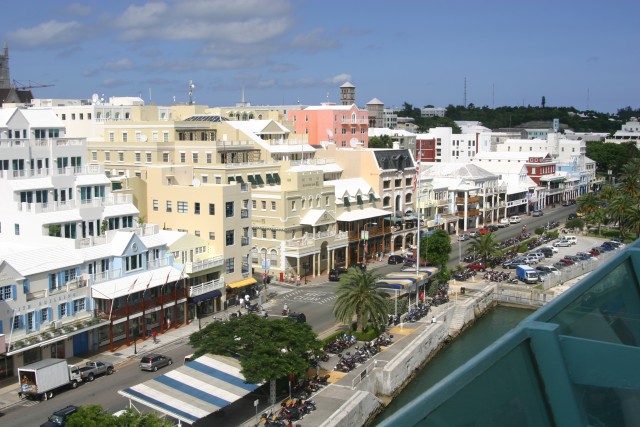 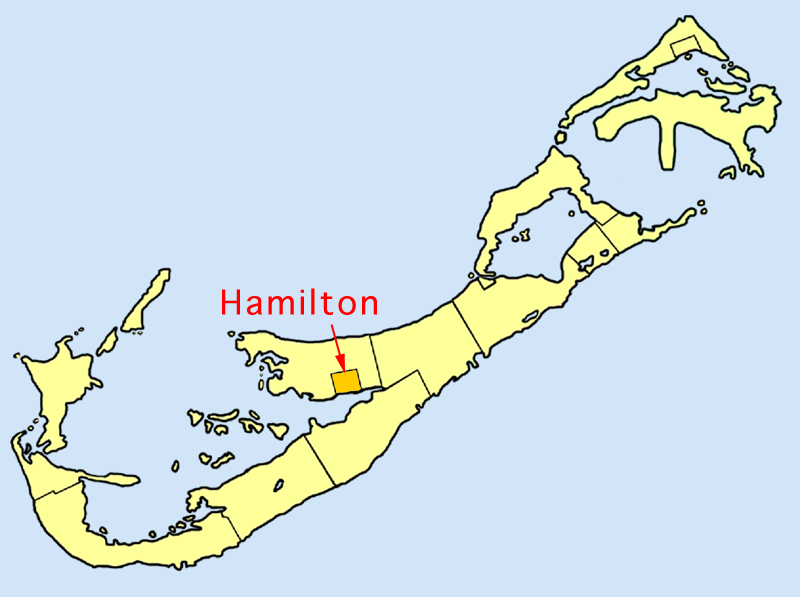 In spite of being the administrative capital of Bermuda, Hamilton only has a permanent population of approximately 969, although some estimates have it as high as 1,500. Hamilton is the only incorporated city in Bermuda, but actually is smaller than the historic town of St. George's. A more representative measure of Bermuda population tends to be by parish.

Hamilton history began in when the Bermuda Government set aside 145 acres (58.7 ha) for its future seat, and was officially incorporated in by an Act of Parliament. The Colony's capital relocated to Hamilton from St. George's in . The Town of Hamilton became a City with the erection of the Hamilton Cathedral (Church Of England) in . A Catholic cathedral was later constructed. Today, the city overlooking Hamilton Harbour is primarily a business district, with few structures other than office buildings and shops. The city of Hamilton had a building limit of no buildings may obscure the Cathedral, but in recent months buildings have been planned and areas have started construction on buildings as high as 10 storeys in the city. The islands local newspaper reports "If you don't recognise the city, from 15 years ago, we don't blame you as it has changed so much". The Triminghams shops have now been removed after well over 50 years of service in Bermuda.

The city of Hamilton has many parks for its size. Probably the most notable park in the city is Victoria Park. This park occupies a whole block and was named after the former Queen Victoria. Other parks in the city are Par La Ville Park, Barr's Park, All Bouy's Point Park, and the hidden Cedar Park.

Hamilton is antipode to .