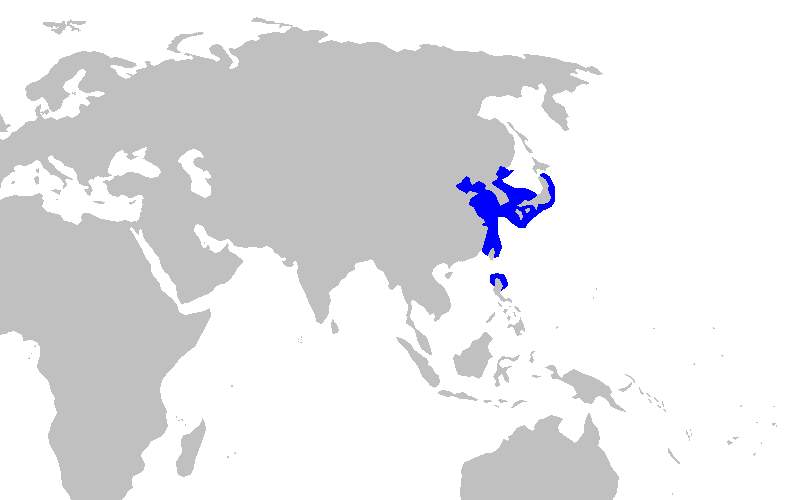 The little-known Japanese angelshark is found on or near the bottom on sandy ground. It has broad s with rounded free rear tips, posterior margins nearly straight, and the inner margins are strongly convex. The nasal s are simple and spatulate, and the head is concave between the large eyes. The anterior nasal flaps are smooth to weakly fringed, and the dermal folds on the sides of the head are without lobes. The rear tips of the inner margins of the s are considerably anterior to the origin of the first . There is a very short hypocercal tail, and there are rows of moderately large spines on the midline of the back and tail from the head to the dorsal fins and between the fin bases, and on the snout and above the eyes.

Identification of the species is based on the following characters: line of thorny denticles along the midback present; no prominent ocelli on the pectoral fins; pelvic fin tips do not reach or surpass the first dorsal fin origin; rusty brown coloration above with fine spotting pattern of numerous small square-shaped spots throughout; wide but shallow upper lip arch (4.2–5.0% TL in width, 0.8–1.1% TL in height); large box-like papillae along inside anterior edge of spiracles; interspiralce width greater than interorbital width.

Dorsal surface of specimens prior to preservation light to dark brown throughout with a distinctfreckled pattern of numerous square-shaped black spots. Spots slightly smaller on edges of trunk and fins, absent on dorsals above base and caudal outside of caudal vertebral column. Larger black splotches laterally at origins of dorsals. Ventral surface pale white with some black mottling, pectoral and pelvic fin ventral margins with denticles colored similar to dorsal. After preservation color tends to fade to a lighter brown, spotting pattern can also fade to blend in with overall color.

It feeds on animals. It is utilized for human consumption and for the preparation of .