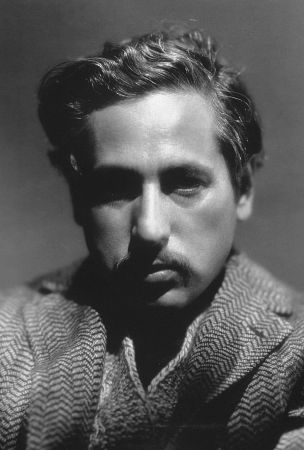 Josef von Sternberg aka Jonas Sternberg ( , , &ndash; , , ) was an n-American director. He is one of the earliest examples of filmmakers, and performed many other duties on his films besides directing, including cinematographer, writer, and editor. Sternberg's style has had a vast influence on later directors, particularly during the "" movement. His mastery of , lighting and soft lense is unrivaled, and his collaboration with sultry actress is internationally celebrated.

Josef von Sternberg was born Jonas Sternberg (the false aristocratic title 'von' was later added by a Hollywood studio head to make the name sound more distinctive) to a Jewish family in but spent much of his childhood in where his father, a former soldier in the army of , tried to make a new life for himself. Sternberg grew up in poverty and dropped out of . As a youth he got a job cleaning and repairing movie prints and soon found himself apprenticing in the movie industry. He made his directorial debut in 1925 with "" (called by some the first American independent film). was impressed by this film, and worked with Sternberg at his Hollywood Studio. Sternberg had commercial success later in the decade at with the remarkable late-period silent films "The Last Command" and "", both noted for their influential cinematography. His reputation was also advanced by a series of early gangster films including "Underworld" and "Thunderbolt".

His new found prosperity made it possible for him to commission an impressive mini- from the famous architect . Even after its demolition Von Sternberg house remained an example of in .

In 1930, Sternberg went to and directed the widely acclaimed film "" ("The Blue Angel") in German and English versions simultaneously, the first German-language . It was Sternberg's second film with the then-famous German actor as the doomed Professor Rath. (The first was "The Last Command".)

Sternberg also cast the then-unknown as Lola Lola, the female lead, and overnight made her an international star. Sternberg and Dietrich continued to collaborate on "Morocco", "", "Shanghai Express", "", "", and "The Devil is a Woman".

"Anatahan" (1953) is the story of a group of Japanese who refused to believe that the had ended, it was directed, photographed, narrated, and written by von Sternberg. "Anatahan" had limited release, and it was a financial failure. Also, it happened to be Sternberg's final film: even though another Hollywood picture he directed ("Jet Pilot") was released in 1957, it had actually been shot seven years earlier, when he was still under contract with producer . [ [http://ofcs.rottentomatoes.com/click/movie-10002773/reviews.php?critic=movies&sortby=default&page=1&rid=1135897 The Saga of Anatahan (1953): Joseph von Sternberg ] ]

Sternberg's autobiography is titled "". Also, over fifty production stills (from the Purviance Family collection), showing von Sternberg work from The Sea Gull (), has been published.