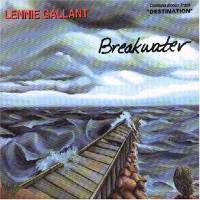 All songs by Lennie Gallant except "Raise the Dead of Wintertime" by Allan Rankin.