An apartment building, block of flats or tenement, is a multi-unit dwelling made up of several (generally four or more) s (US), or flats (UK). A difference may be drawn such as in , between an apartment and a flat, where an apartment is one of many units on a floor and a flat is the only unit on a given floor. Where the building is a high-rise construction, it is termed a in the UK and elsewhere. The term "apartment building" is used regardless of height in the US.

A two-unit dwelling is known as a duplex (US) or maisonette (UK); a three-unit dwelling is known as a triplex, in Chicago as a three-flat, or in as a three-decker or a triple-decker [http://www.boston-online.com/glossary/three_decka.html] . Beyond this, cardinal numbers are used (e.g., fourplex, fiveplex) in the US, and the term multiplex is also used.

Tenement law refers to the feudal basis of permanent property such as land or rents. May be found combined as in " or Tenement" to encompass all the land, buildings and other assets of a property.

Apartment buildings are multi-story buildings where three or more residences are contained within one structure. In more urban areas, apartments close to the area have the benefits of proximity to jobs and/or . However, prices per square foot are often much higher than in suburban areas.

The distinction between rental apartments and s is that while rental buildings are owned by a single entity and rented out to many, condominiums are owned individually, while their owners still pay a monthly or yearly fee for building upkeep. Condominiums are often leased by their owner as rental apartments. A third alternative, the cooperative apartment building (or "co-op"), acts as a corporation with all of the tenants as shareholders of the building. Tenants in cooperative buildings do not own their apartment, but instead own a proportional number of shares of the entire cooperative. As in condominiums, cooperators pay a monthly fee for building upkeep. Co-ops are common in cities such as New York, and have gained some popularity in other larger urban areas in the U.S.

In the United States, is a label usually applied to the less expensive, more basic rental apartment buildings in older sections of large cities. Many of these apartment buildings are "walk-ups" without an elevator, and some have shared bathing facilities, though this is becoming less common.

Apartments were popular in , particularly in urban centres like , and in the 1950s to 1970s. By the 1980s, many multi-unit buildings were being constructed as s instead of apartments, and both are now very common. Specifically in Toronto, high-rise apartments and condominiums have been spread around the city, giving almost every major suburb a skyline.

History of US tenements

In 1839, the first New York City tenement was built, housing mainly poor . More tenements followed suit. Near the 1860s, were popping up quite frequently.

The tenements were breeding grounds for s, s, and . journalist writes in "":

The New York tough may be ready to kill where his London brother would do little more than scowl; yet, as a general thing he is less repulsively brutal in looks. Here again the reason may be the same: the breed is not so old. A few generations more in the slums, and all that will be changed.

Tenements were also known for their rent. "How the Other Half Lives" notes one tenement district:

Blind Man's Alley bears its name for a reason. Until little more than a year ago its dark burrows harbored a colony of blind beggars, tenants of a blind landlord, old Daniel Murphy, whom every child in the ward knows, if he never heard of the President of the United States. "Old Dan" made a big fortune--he told me once four hundred thousand dollars-- out of his alley and the surrounding tenements, only to grow blind himself in extreme old age, sharing in the end the chief hardship of the wretched beings whose lot he had stubbornly refused to better that he might increase his wealth. Even when the Board of Health at last compelled him to repair and clean up the worst of the old buildings, under threat of driving out the tenants and locking the doors behind them, the work was accomplished against the old man's angry protests. He appeared in person before the Board to argue his case, and his argument was characteristic. "I have made my will," he said. "My monument stands waiting for me in Calvary. I stand on the very brink of the grave, blind and helpless, and now (here the pathos of the appeal was swept under in a burst of angry indignation) do you want me to build and get skinned, skinned? These people are not fit to live in a nice house. Let them go where they can, and let my house stand." In spite of the genuine anguish of the appeal, it was downright amusing to find that his anger was provoked less by the anticipated waste of luxury on his tenants than by distrust of his own kind, the builder. He knew intuitively what to expect. The result showed that Mr. Murphy had gauged his tenants correctly.

Many reformers, such as and , pushed for reforms in tenement dwellings. As a result in 1901, New York state passed a law called the to improve the conditions in tenements.

More improvements followed. In 1949, President signed the to clean slums and reconstruct housing units for the poor.

In Scotland, the term 'tenement' lacks the pejorative connotations it carries elsewhere, and refers simply to any block of flats sharing a common central staircase and lacking an elevator, particularly those constructed prior to 1919. Tenements were, and continue to be, inhabited by a wide range of social classes and income groups.

During the 19th century tenements became the predominant type of new housing in 's industrial cities, although they were very common in the Old Town in Edinburgh from the 15th century where they reached ten or eleven storeys high and in one case fourteen storeys . Built of or , Scottish tenements are usually three to five storeys in height, with two to four flats on each floor. (In contrast, industrial cities in tended to favour "back-to-back" terraces of .) Scottish tenements are constructed in terraces of tenements, and each entrance within a block is referred to as a "close" or "stair" &mdash; both referring to the shared passageway to the individual flats. Flights of stairs and landings are generally designated common areas, and residents traditionally took turns to sweep clean the floors, and in in particular, took turns to make use of shared laundry facilities in the "back green" (garden or yard). It is now more common for cleaning of the common ways to be contracted out through a managing agent or "factor".

Tenements today are commonly bought by a wide range of social types, including young professionals, older retiring people, and by absentee landlords, often for rental to students after they leave halls of residence managed by their institution. The Tenement House museum in offers an excellent insight into the lifestyle of tenement dwellers.

Many multi-storey tower blocks were built in the UK after the . These are gradually being demolished and replaced with low-rise buildings or known in Scotland as housing schemes, often modern interpretations of the tenement.

In Glasgow, where Scotland's highest concentration of tenement dwellings can be found, the urban renewal projects of the 1950s, 60s and 70s brought an end to the city's slums, which had primarily consisted of older tenements built in the early 19th century in which large extended families would live together in extremely cramped conditions. They were replaced by high-rise blocks that, within a couple of decades, were notorious for crime and poverty; they were too extensive to enjoy the community feel of the tenements. The made many efforts to improve the situation, most successfully with the , which cleared the slums of the old town, replacing them with what they thought of as a traditional High Street, which remains an imposing townscape. (The and the were part of this scheme). National government help was acquired following when various Housing Acts sought to provide "homes fit for heroes". Garden suburb areas, based on English models, such as were set up. These proved too expensive, so a modern tenement, three stories high, slate roofed and built of reconstituted stone, was re-introduced and a slum clearance programme initiated to clear areas such as the and the .

Post second World War II, more ambitious plans, known as the , were made for the complete evacuation of slums to modern mid-rise housing developments on the outskirts of the city. However, central government refused to fund the plans, preferring instead to depopulate the city to a series of [name="autogenerated2" [Williamson, E, Riches, A, Higgs, M "The Buildings of Scotland:Glasgow" Penguin Books London 1900 ISBN 0 14 0710 69 8] ] [ [http://www.scotcities.com/cathcart/houses.htm|Houses and Mansions: Domestic Architecture of Glasgow's South Side|accessdate=2008-06-03] ] Again, economic considerations meant that many of the planned "New Town" amenities were never built in these areas. These housing estates, known as "schemes", came therefore to be widely regarded as unsuccessful; many, such as , were just dormitories well away from the centre of the city with no amenities, such as shops and (deserts with windows, as once put it). High rise living too started off with bright ambition - the are still very desirable - (1950 - 54) but fell prey to later economic pressure. Many of the later tower blocks were poorly designed and cheaply built and their anonymity caused some social problems.

In 1970 a team from demonstrated that the old tenements had been basically sound, and could be given new life with replumbing with kitchens and bathroom. The Corporation acted on this principle for the first time in 1973 at the "Old Swan Corner", . Thereafter, "Housing Action Areas" were set up to renovate so-called slums. Later, privately owned tenements benefited from government help in "stone cleaning", revealing a honey-coloured sandstone behind the presumed "grey" tenemental facades. The policy of tenement demolition is now considered to have been short-sighted, wasteful and largely unsuccessful. Many of Glasgow's worst tenements were refurbished into desirable accommodation in the 1970s and 1980s [ [http://gdl.cdlr.strath.ac.uk/springburn/spring066.htm Glasgow Digital Library: Demolition of tenements in Gourlay Street, 1975] ] and the policy of demolition is considered to have destroyed many fine examples of a "universally admired architectural" style. The took ownership of the housing stock from the city council on , and has begun a £96 million clearance and demolition programme to clear and demolish most of the high-rise flats. [ [http://www.glasgow.gov.uk/en/News/Archives/2006/May/housingrevolutionannounced.htm Glasgow announces a revolution in house-building] ]

A_ of typical Soviet apartment buildings. 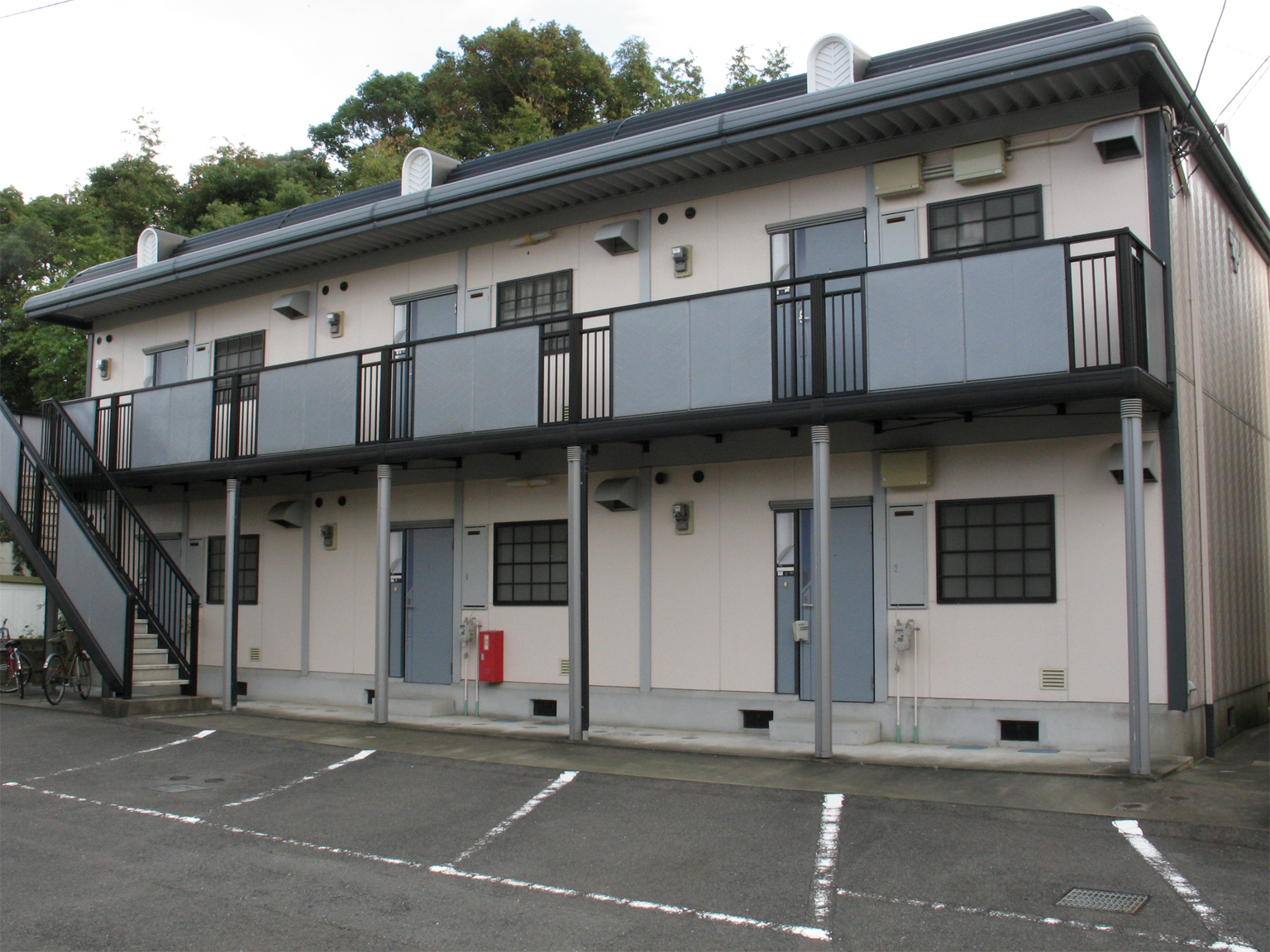 , are an official city . 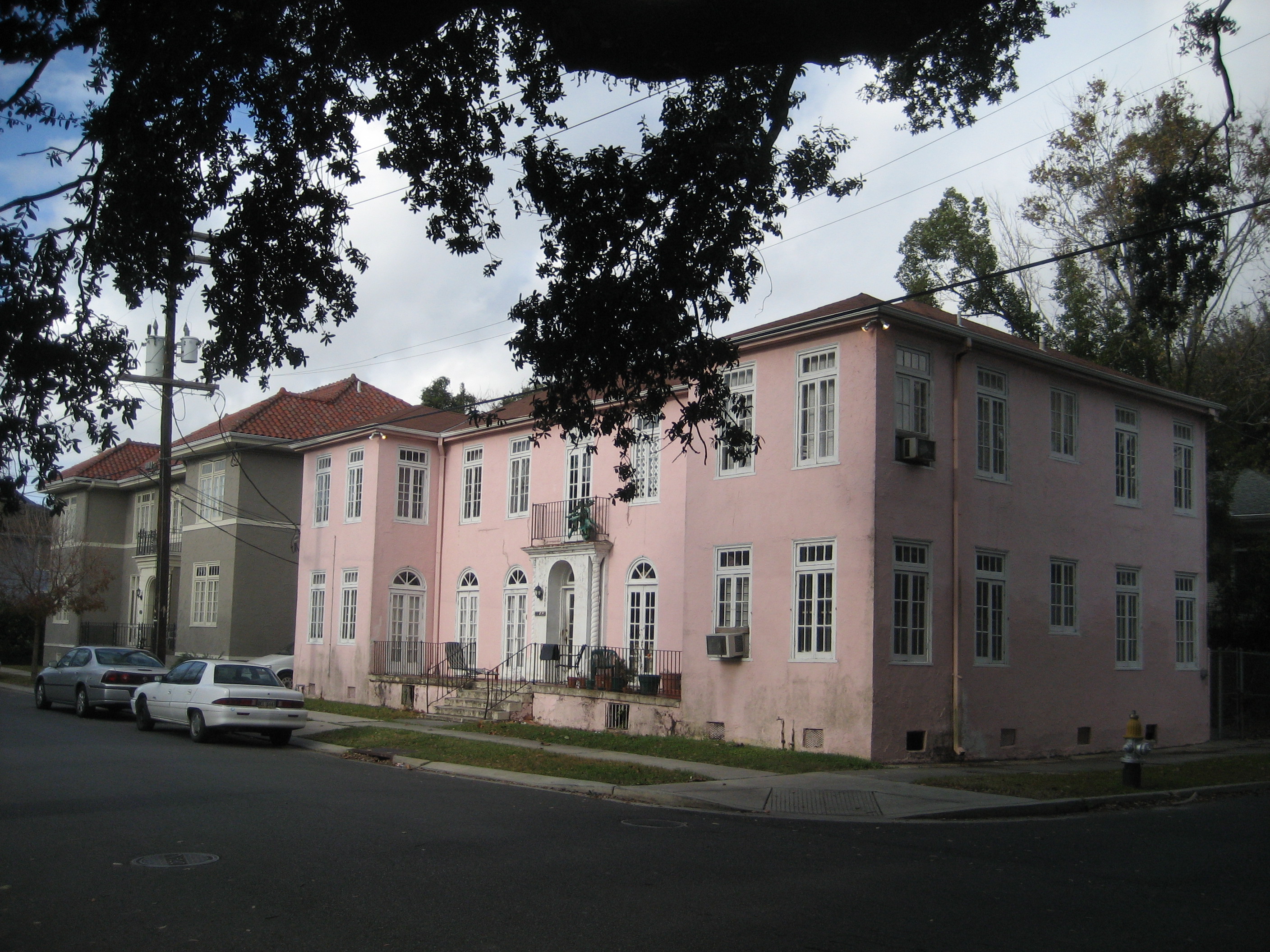 , this Soviet-era structure did not age gracefully.

is the largest high-rise community in . 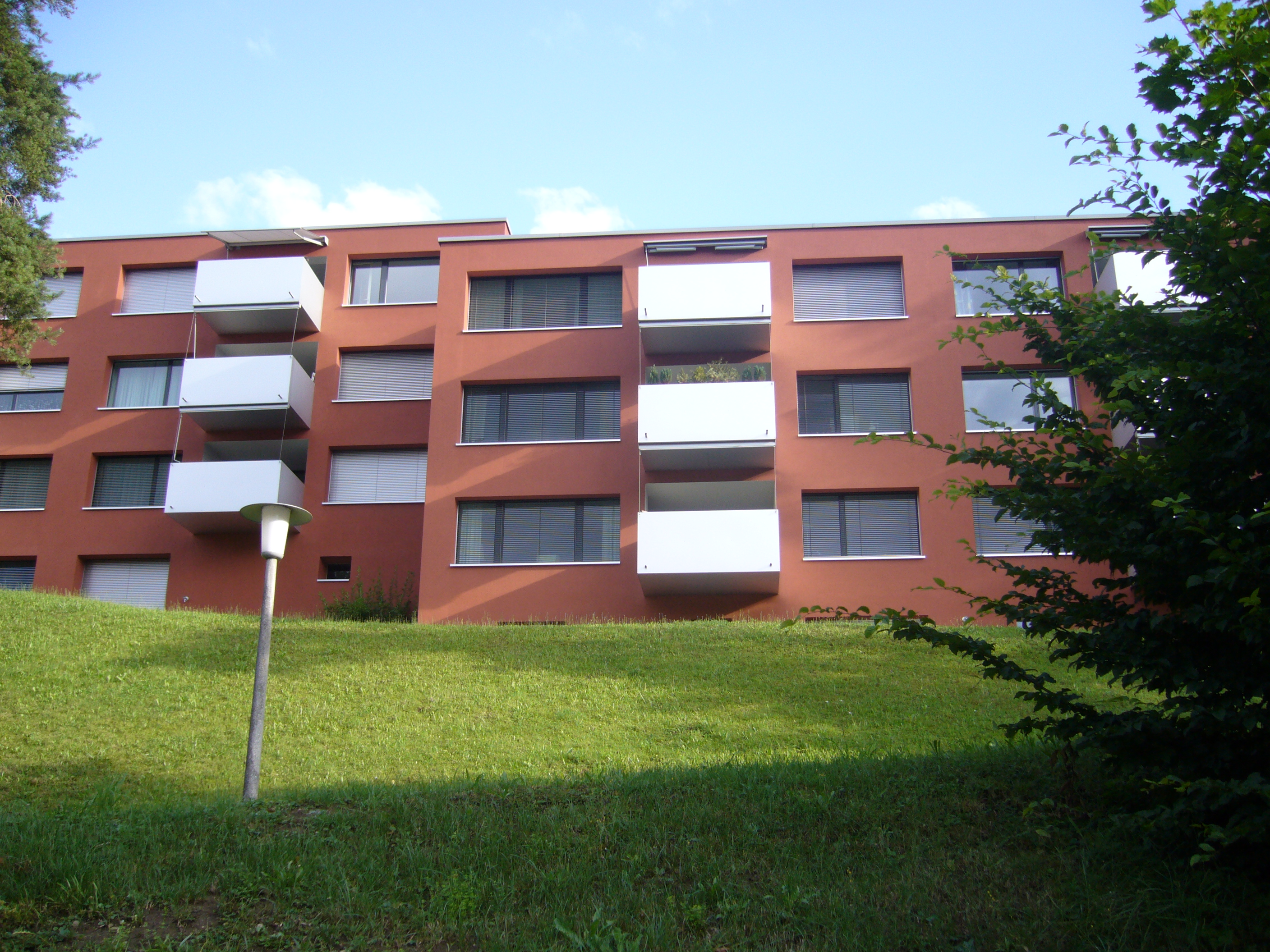