Gold Is the Metal with the Broadest Shoulders

Gold Is the Metal with the Broadest Shoulders 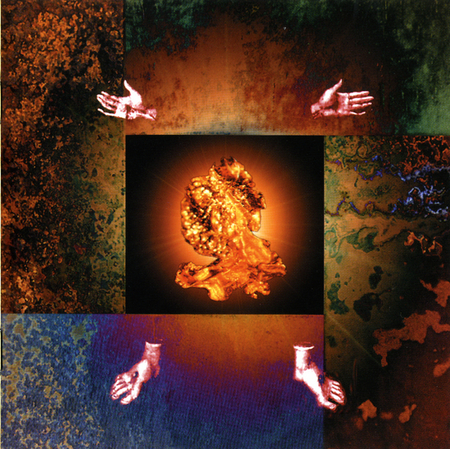 "Gold Is the Metal with the Broadest Shoulders" was the third album released by Coil in the year 1987. It is not a proper follow-up to 1986's "", but more a collection of outtakes and demos from the "Scatology", "Horse Rotorvator" and "Hellraiser" soundtrack sessions. Some obviously correspond to earlier and later released material ("Golden Hole" to "Penetralia", "...Of Free Enterprise" to "Herald", etc.), while others ("Boy In a Suitcase") do not appear anywhere else. "The Last Rites Of Spring" includes a sample by .

The standard 12" was released by the label "Threshold House with the catalogue number LOCI 1.2000 copies were pressed on black vinyl, an unknown colored vinyl edition was also made, some of which were red and some of which were clear. In addition, 25 copies on red vinyl were released with an unfinished sleeve. The first initial copies of this album were shipped with the free 7" singles and . was believed to be shipped with the first 500 copies, then with an unknown additional copies.

A special art edition of the 12" was released in an edition of 55 under the Threshold House label with the catalogue number LOCI 3, a catalogue number later assigned to the 12". According to Brainwashed.com, this set sold for £55 via mail order and included the following: "a black vinyl copy of the LP with gold leaf applied to the centre of the front cover where text appears on the regular edition, 7" single, three numbered art prints in a lacquer sealed folder, two posters, a booklet of art and collage designed by John Balance, a credits insert, a signed and numbered certificate."

In 1996 the album was repressed under the label Threshold House with catalogue number LOCI CD 11. The artwork for this release is entirely different for this album. The album is subtitled "Returning to the Purity of the Current." This version still suffers from indexing problems.

The CD pressings included the extra tracks "Hellraiser" and "The Wheal".