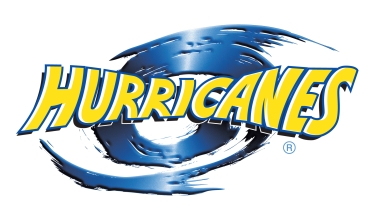 founded = 1996
region = See below
ground =
capacity = 36,000The Hurricanes (formerly known as the Wellington Hurricanes) are a team based in , that competes in the (formerly the Super 12). The franchise represents the East Coast, Poverty Bay, Hawke's Bay, Taranaki, Wanganui, Manawatu, Wairarapa-Bush, Horowhenua-Kapiti and Wellington provincial rugby unions.

The franchise was formed to represent the lower with the conception of the Super 12 tournament in 1996, which featured teams from New Zealand, and . The Hurricanes had a poor first season, but rebounded in 1997 with a third placing. The team did not reach the play-offs for another five years as the team struggled in the bottom four of the table. Since 2003 the Hurricanes have made the post-season three times seasons out of the last four; including the 2006 final, which they lost in horrendously foggy weather against the Crusaders 19-12.

The Hurricanes were formed in 1996 as one of five New Zealand Super 12 franchises, and were originally called the "Wellington Hurricanes". The Hurricanes region comprises the lower . Its catchment area of 920,000 people is the largest in New Zealand.

The Hurricanes opened the era of professional rugby at the Palmerston North Showgrounds against the , losing the match. The team performed below expectations in the inaugural year of the competition and finished ninth. In 1997 the team made the semi-finals, losing in to the . However the consistent form shown during this season would not be seen again for many years.

Following their 1997 season, the Hurricanes failed to qualify for the semi-finals until 2003. Despite this, they were still known for the attacking nature of their backline that included the stars and . The team played with flair and could score at any moment, whatever their position on the field, giving rise to the teams catch cry of 'expect the unexpected. However the team struggled for consistent performances and at crunch time in matches leading to patchy form and results.

After the 1999 World Cup, 's contract with the NZRU expired and he was linked to many clubs around the world; including in and the NFL's .

Hurricanes also opened 2000 with a new stadium. The highlights of that year included the victory over eventual champions, the Crusaders, 41-29, in front of a packed house. At the end of the season the 'Canes still had a mathematical chance of making the semis and only had to beat the Bulls to stay in contention. The Hurricanes played one of their worst games of the year, losing the match to one of the worst performing teams at the point in the competitions history and lost possibility of qualifying for the semi-finals. The team finished eighth on the table.

Despite the (whom most of the Hurricanes squad were chosen from) winning the 2000 NPC,

In spite of reports that Colin Cooper, the then Crusaders assistant-coach, had said he was "not yet ready to jump ship" and wanted to stay with the franchise,

Cooper, along with newly appointed captain , helped to mould the inconsistent and ill-disciplined Hurricanes into one of the top teams in the competition.

great was left out of the 2004 squad, due to a life-threatening illness that would eventually result in a kidney transplant, and would never again pull on the Hurricanes jersey.

2004 wasn't quite the year that the coaches, players and fans alike wanted but it laid the platform for the next year with the majority of the team being retained.

2006 saw the entry of two new teams (the Bloemfontein-based from South Africa and the Perth-based from Australia) to the competition and the was born. The Hurricanes welcomed a new captain with stepping up after former captain wanted to focus more on his playing duties.

Like all sides the Hurricanes are able to protect 24 players from within their franchise area each season. Players not protected can be selected by any of the other four franchises, while the Hurricanes can likewise bring in players from other regions. All of the current squad play in the Premier competition, with the majority from Wellington, with other players in the squad from Taranaki and Hawke's Bay from within the franchise area.

The Hurricanes play the majority of their home matches at the 36,000 capacity on Wellington's waterfront. The stadium is affectionately known as "The Cake-Tin" throughout New Zealand due to its shape, although the locals refer to it as "The Stadium". It was opened in 2000 to replace Athletic Park, where the team had been previously based. (25,000) (formerly Rugby Park) in , (formerly the Showgrounds) in and in Napier have also played host to Hurricanes matches.

In the initial years of the competition the Hurricanes played once, or occasionally twice, away from their Wellington base depending on whether they had five or six games per year. Such a policy was welcomed given the large geographic area the team and helped generate the teams following. However in recent years the team has seldom ventured from Wellington with the team's board citing full crowds in the Westpac Stadium and less than full venues in the provincial centres and the impact on the revenue generated by the team for the franchise unions; despite the expansion to 14 teams meaning one additional game per year.

The Hurricanes brand name is a play on the commonly used Wellington city nickname "windy Wellington", in reference to the heavy and powerful winds experienced in the capital city. It is also used in the expectation that the team will "blow away" all of its opponents.